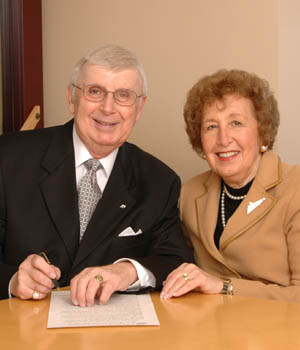 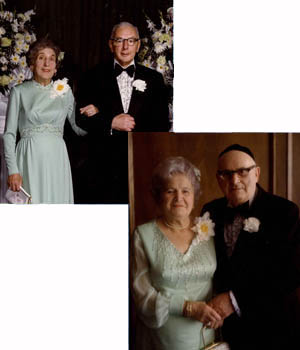 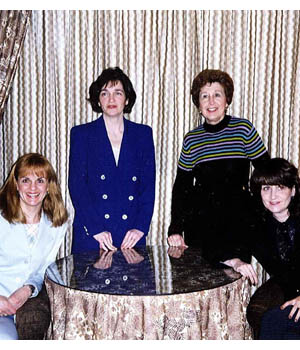 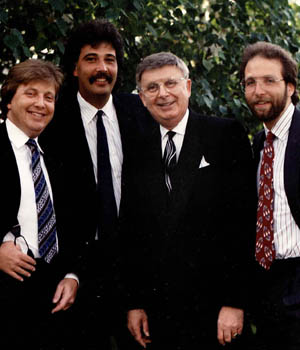 Bill with sons L to R Howard, Rick and Terry 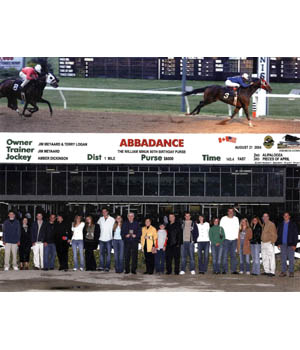 Bill and Zena were both born in Manitoba, Bill in Winnipeg and Zena in Portage La Prairie. Her parents, Max and Sara Kirshner, owned a general store in MacGregor, Manitoba where Zena and her brother Ron attended school. Zena and Ron lived there until they came to Winnipeg to attend the University of Manitoba.

Bill was raised on Aberdeen Avenue with two sisters, Doris (Steiman) and Ruth (Racklin) and three brothers (Bert, Julius and Sam). His parents, Mendel and Lily, owned a second-hand clothing store on Dufferin Avenue. They ran the store there for many years until the land was expropriated for low-rental housing and then moved the business to Main Street.

Bill went to St. John's Tech and after graduating joined the RCAF and served overseas for three years. He is currently a member of the Jewish War Veterans of Canada. Shortly after retuning to Canada, he met Zena and in 1948 they were married at the Hebrew Sick Benefit Association Hall. They were blessed to have three sons: Howard, an internist, Rick, a dentist and Terry, a radiologist.

Bill, with the help of his father-in-law, purchased the Corona Theatre in 1950, but the advent of television made it a losing proposition. He then went to work for a brokerage firm promoting food products in Manitoba and Saskatchewan.

In 1952, after three years, he decided to go into real estate and found his niche. He and his brother Bert became partners, establishing Park Realty Ltd which quickly became Winnipeg's most successful real estate firm. They soon diversified into property management, which Bert ran, while Bill ran residential sales. This partnership lasted for 35 years until they sold their business and retired.

Bill is currently a member of Mount Sinai Masonic Lodge and a Shriner in the Khartum Temple. Zena and Bill spend their winters at their condo in Florida, but enjoy their summers in Winnipeg with their large, close-knit family. They are the proud Baba and Zaida to nine grandchildren and are fortunate to enjoy the love and respect of their sons, daughters-in-law and grandchildren. It is the importance of family and the maintenance of close relationships that Bill and Zena would like to pass on to the generations to follow.