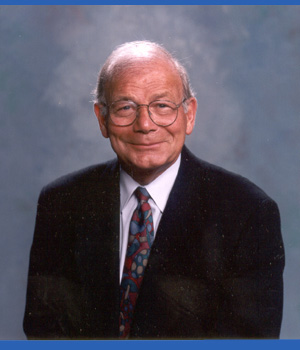 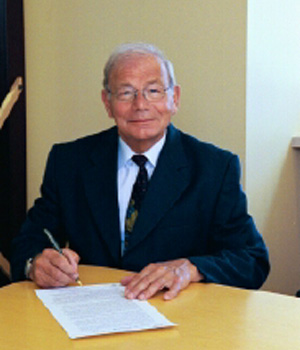 Yude Henteleff was born in Winnipeg in 1927 to parents who arrived in Canada from Chernigov (Nathan Henteleff) 1907 and Odessa 1912 (Rose Roseman) respectively. Yude's paternal grandfather Avrom Lieb, after arriving in Winnipeg in 1907, wanted to realise his dream of having his own land to farm. In 1915 the family moved to St. Anne Manitoba and operated a farm. For six years Nathan Henteleff lived in St. Anne, with his three sisters being taught by the nuns and he and his two brothers being taught by the monks. After the venture into farming the family moved to Redditt, Ontario where Nathan worked for the railroad and Yude's grandfather purchased and operated a store.

As Yude's grandmother wished to be with the "mishpocha" in Winnipeg, the family, in 1923 moved to St. Vital at the outskirts of Winnipeg where Avrom Lieb Henteleff established a market garden operation. 1925 saw Nathan Henteleff, the farmboy marry Rose Roseman the city girl. In 1932 they inherited the farm from Nathan's father. Nathan continued and extended the market garden operation. Nathan was a true pioneer, clearing the land, growing many vegetables new to Manitoba and, with other market gardeners, established the Winnipeg Gardeners Co-operative. There was hardly a member of the Winnipeg Jewish Community who didn't know about the "Henteleff farm". Yude's parents operated the farm until 1967 when the City of Winnipeg expropriated it. In 1987 the City of Winnipeg, operating its tree nursery on the old homestead, named the site as "The Henteleff Tree Nursery" in honour of the tremendous contribution that Nathan and his wife Rose had made to the market gardening industry in Manitoba.

Yude's education began at the St. Germaine School in St. Vital, eight grades in one room, with no running water and a wood stove. To achieve a better standard of education, Yude attended Machray School for grades seven, eight and nine and then Glenlawn Collegiate in St. Vital for his high school education. He attended the University of Manitoba for his Bachelor Degree in Science and Agriculture and the Faculty of Law for his law degree.

As the only Jewish boy growing up in the farm district in St. Vital, Yude's involvement with the Jewish community was limited to the family in Winnipeg. His parents wished him to have wider exposure and at the age of eleven he was able to join the YMHA on Albert Street. Yude attributes his positive experiences at the Y as the beginning of his on-going involvement in the Jewish and larger community. At age sixteen Yude was elected to be President of the Jewish Youth Council at the Y and then to the Youth Division of the Canadian Jewish Congress. His activities in the Jewish Community are extensive, including Chair, B'Nai Brith Camp Board, President of the YMHA, member of the Boards of the Winnipeg Board of Jewish Education, the Winnipeg Jewish Community Council, Social Action Committee of the Canadian Jewish Congress and Board of Governors of the Hebrew University. He is currently Honourary Solicitor of the Jewish Heritage Centre and the Chair of the Multiple Appeals Commission.

As a lawyer, Yude started with Walsh Micay, then Shinbane, Dorfman, Kanee, Henteleff, eventually establishing a partnership in 1965 with Harold Buchwald and then together with Issy Asper in 1970. The firm has recently evolved into Pitblado Buchwald Asper where he is presently senior counsel.

His early exposure to human rights issues, activities with the Jewish community, and to the work of the Jewish Congress, led to significant involvement in the field of human rights. For the past thirty-five years his activities on behalf of special needs children, women and aboriginal peoples have taken him across Canada and internationally to Bolivia, Thailand, New Zealand, Colombia and Israel. He has been recognized for his contributions as follows:

- 1992 Commemorative Medal from the Government of Canada, 125th Anniversary of Confederation

- 1984 Certificate of Honour awarded by the Minister of National Health and Welfare, Government of Canada