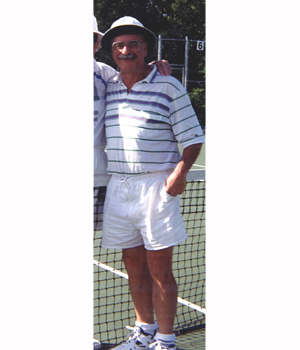 Walter at the courts 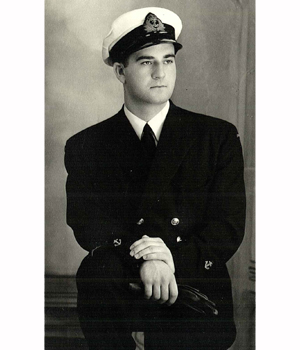 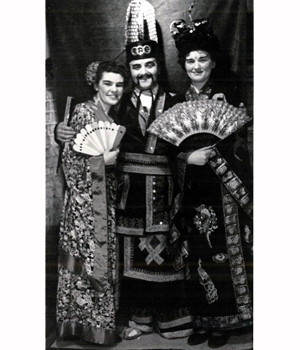 Walter starring in Isaac Newton's production of the Mikado, 1950 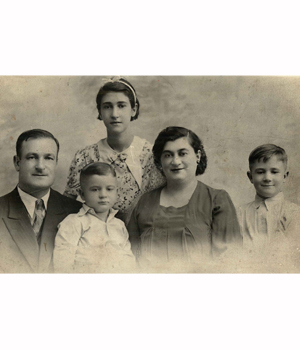 Walter, front left, with his parents and siblings 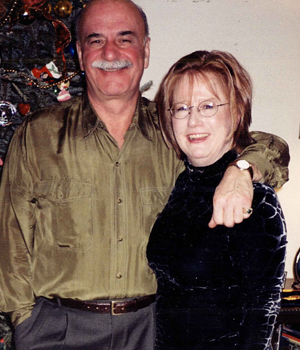 Walter and his partner Kerry Alderson

In his seventy-two years, Walter has experienced both the good and the bad that life has to offer. Yet, while he is hesitant to voice his regrets and disappointments, he is delighted to acknowledge the positive aspects of his life — a tender and loving decades-old relationship with the 'love of his life', Kerry Alderson; a rewarding career, a close relationship with his siblings, and until recently, the good health and athletic ability to enjoy countless activities and recreation.

Walter (Kisel Alter) was born in Winnipeg in 1933 to Jennie (Kankewit) and Morris Moscovitch. He grew up in the north end with his brothers Jerry and Earl, and sister Betty (Wohl), and enjoyed a good but poor childhood. Although his family was secular, Walter attended after-four classes at the small Talmud Torah, and his mother kept a kosher home. She was a loving, stay-at-home wife and mother who, when she managed to save a few dollars, would treat herself to a musical theatre production. Walter's father was a hardworking, physically strong man of great integrity who constantly struggled to make ends meet.

These financial difficulties meant that the family moved frequently and that Walter, although he was a good student at Isaac Newton School and graduated with honours, could not pursue a post secondary education. Instead, he began working immediately after graduation, first in a fur factory and then as a clerk typist in the City of Winnipeg Engineering Department. During this time he also became a Sea Cadet, rising in rank to an officer.

In 1951 Walter began a 40 year working relationship with CN Rail, ultimately moving up from clerk typist to the senior management position of Senior Market Development Officer. Walter lived in Edmonton and Montreal working with CN Rail and ultimately, returned to Winnipeg in the early '70s. It was during Walter's early years at CN that he married and had three children. His two daughters, Debbie and Audra, live in Winnipeg and his son, Marshall, lives in Toronto.

It also was during his early employment with CN that Walter changed his last name to "Morris", hoping that a less conspicuously Jewish name would deter anti-Semitism in a corporation that, at the time, was known for it. By the end of his career, Walter could recall only one anti-Semitic outburst from a colleague when it was revealed that Walter was taking time off for the High Holy Days. After that, Walter took the days as personal vacation time.

Walter retired from CN in 1990, easily keeping busy with his vast volunteer work over the years, sport activities and travel. In the Jewish community his primary commitment has been with B'nai B'rith, where he served as national vice-president and chairman of the Winnipeg Council, and sat on the Anti Defamation League Commission. He also served as President of the Canadian Institute of Traffic and Transportation.

An avid sports enthusiast, Walter often made his way to these meetings by walking or cycling. Most recently, he enjoyed frequent walks to Polo Park and bike trips to Lockport from his downtown apartment, and played tennis, swam and cross-country skied on a regular basis. He and Kerry have also traveled extensively over the years, enjoying several trips to Europe, Russia, Scandinavia, Israel, the Far East, and California, where they spent a month each winter.

Walter loved music and one of his proudest moments was being chosen in the last year of high school to sing the lead for the Gilbert and Sullivan Opera, The Mikado. He also was involved in the Opera Society while living in Edmonton, performing in the Music Man and Can Can.

Walter happily credits Kerry, who he met in 1973 when she approached him at a Winnipeg Canoe Club social, with being a very positive and calming influence on his life. When certain issues upset him — such as what he perceives as the narrow vision of the Winnipeg Jewish community — she is able to help him keep them in perspective. Having said that, Walter certainly does have an appreciation of how precious life is and how important it is 'not to sweat the small stuff.' For him it goes without saying that everyone should live life to the fullest.