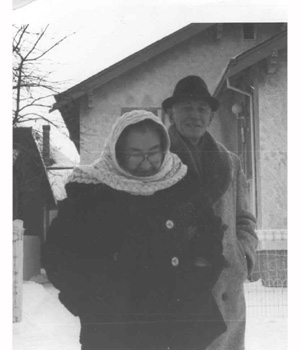 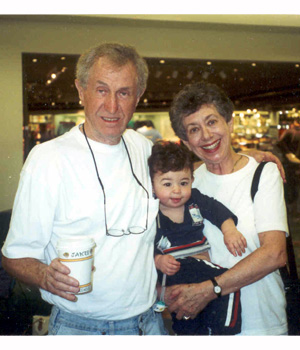 Dolly and Zivey with grandson Jesse 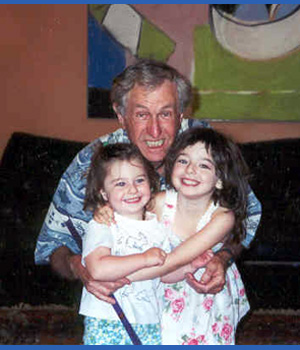 Zivey with granddaughters Rachel and Dayna 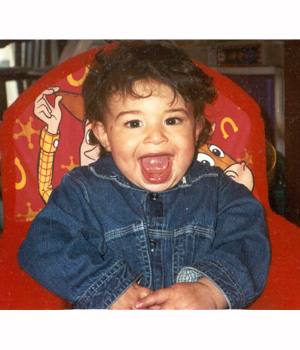 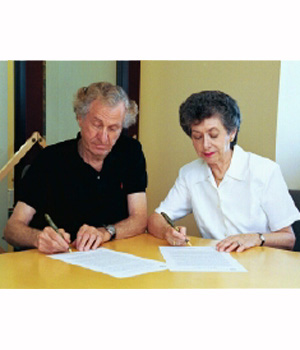 Zivey and Dolly sign their Endowment Book of Life stories

Zivey was born on February 9, 1928. His parents, George and Fanny (Guberman) Chudnow came to Canada in 1919, brought here by Fanny's five brothers who had preceded them. George had served in the war in Russia and chose to emigrate to Canada to escape the stresses of life in that country. When they arrived in Winnipeg, they settled in the North End. Fanny found work as a seamstress and George worked at a variety of occupations. Zivey has an older brother, Paul. Our parents were wonderful human beings. They sacrificed everything for their immediate and extended family and friends. Their door was always open.

Zivey attended Strathcona School as a youngster, as well as I.L. Peretz and the small Talmud Torah after public day school. He attended Machray School for junior high and then St. John's Tec to grade 11.

After high school he took courses at Success Business College where he graduated in Bookkeeping. He then went to work at Dominion Electric under the mentorship of Mr. Joseph Wolinsky for two years. This was followed by two years at American Electric before he opened his own agency, National Sales Company. Several years later Zivey went into partnership with his brother Paul in Chudnow TV and Appliances. Around 1965 they operated Chelco Industries and then Lloyd's Electronic Importers and Distributors of consumer electronics.

In 1957, Zivey married Dolly Shnoor and they have three daughters. Gloria and Donna both attended Winnipeg's Jewish day schools and graduated from the University of Manitoba. Both now live in Toronto where Gloria has a career as a medical doctor and Donna as an investment broker. Their youngest daughter Jodi lives in Winnipeg and her life revolves around activities at her home at Shalom Residences, an organization that is very dear to Zivey's heart. Dolly and Zivey were one of the founding families of Shalom Residences and he has served as the Chairman of the Board and both are still active board members. He currently serves on the Executive of the Shalom Residences Foundation. Dolly and Zivey also have three grandchildren, Rachel, Dayna and Jesse.

Zivey calls himself "a very proud native son of Manitoba and of Winnipeg." "Dolly and I have done extensive travelling in many parts of the world," he says, "but when I return home to Winnipeg, I kiss the ground. We are so fortunate to live here. Our life has been blessed with wonderful neighbourhoods, a large extended family, and a Jewish community that has accomplished amazing things." He expresses the hope that the Jewish community will grow and its vital organizations and structures maintained for future generations. "I am an optimist," he says, "and believe that others will catch the vision and work hard to preserve all that we have laboured for."