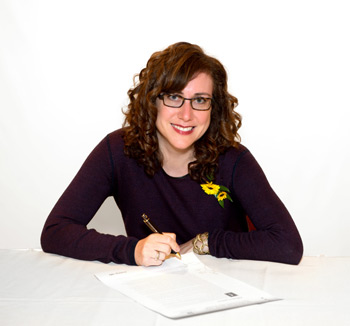 I always smile when I travel with the Chai Folk Ensemble and a host in Israel, Mexico, or somewhere else says with some shock: "You're from Winnipeg!?" That's our community in a nutshell. Strong, proud, talented, knowledgeable, creative, and diverse — more than our size would suggest. Shocking to some, but not to me.

My life is — and always has been — rich in Jewish content and connection. I love it, and I thank my parents, Sidney and Margaret, for their inspiration, support, and for teaching me to embrace community life, celebrate Jewish values, and simply be a "mensch." They taught by example.

My father was my hero, and is an inspiring force in my life even since his untimely death in 2011. He was the son of Anne and Sam Kasner, who were both born in Winnipeg. He worked as the Director of the Weighing Division at the Canadian Grain Commission. I knew him to be honest and direct, with a biting sense of humour and a love of Yiddishkeit. He was a natural leader who was inspired by vision and critical thinking. He was twice President of Beth Israel Synagogue and was the first President of Congregation Etz Chayim. I admired him as a champion motivator and a big-picture thinker — strong and very loving.

My mother is a remarkable presence and the greatest role model for me and my children. Her parents, Ilia and Margaret (née Kotek), came to Canada from Ukraine in the early 1900s. My mother converted to Judaism with sincere enthusiasm and deep commitment. She is a smart and curious woman who read voraciously about Judaism, and still immerses herself in learning. She worked in the office at Beth Israel (keeping the rabbis organized) and as the Funeral Director. She volunteered with Chai, B'nai Brith Women, CancerCare Manitoba, and with Joseph Wolinsky Collegiate musicals, and any time someone needed help.

One of my favourite stories (and a proud family moment) goes back to a time when I was asked to lead a service at a shiva minyan when I was a teenager. People were amazed that I could do it. "How does a young girl know so much?", a relative asked incredulously. My mom piped up: "Because she has a Jewish mother!"

I was born in 1976, and grew up admiring the creative talents and smarts of my older sister, Deborah, who has always been a source of friendship, wit, and passion in my life. Growing up, we spent a lot of time at Beth Israel (I used to tell the other kids that my parents owned the synagogue). I also spent a lot of time in music and dance lessons at the Royal Winnipeg Ballet School Musical Theatre Company, The Conservatory of Music, and rehearsing with Chai. There were years where it seemed like my parents spent all of their spare time schlepping me to lessons, rehearsals, performances, and extracurricular activities.

I received my education in many ways. I went to Talmud Torah, I.L. Peretz Folk School, and JWC, and earned my Bachelor of Education degree at the University of Winnipeg with a major in Theatre. I worked and volunteered with youth at Congregation Shaarey Zedek, where I was inspired by their Program Director, Marcy Dempsey Z"L, and Cantor Sanford Cohn to pursue teaching and Chazzanut. (Thanks to them I was teaching maftir by the time I was 15.) I spent summers at Camp Ramah in California, where I learned at a very deep level that I wanted and needed Jewish prayer to be an essential part of my life, and began to study Chazzanut.

After graduating from University, I taught at Gray Academy of Jewish Education and then, as a married woman, went to Calgary and taught at the Calgary Jewish Academy. I returned to Winnipeg and became the Cantorial Soloist at Congregation Etz Chayim, a position I am honoured to hold. My job is a gift. I sing, I teach, I learn, and immerse myself in Jewish life as part of my work. I take great pride in seeing my B'nai Mitzvah students excel, and it gives me great hope for our future.

I also serve as Chai's Managing Artistic Director. It's a challenge that brings me immense joy as I get to study and share Israeli and Jewish music, and work with teens and young adults for whom Chai is their gateway to the Jewish community. My husband, David Greaves, is a long-time performer and our young children, Nesya (born in 2005) and Aaron (born in 2008), are thrilled to join us at rehearsals and concerts.

My family is precious to me and I am proud of the way David and I are raising our kids. We teach them to stand up for the underdog, to treat others with respect, and to always be inclusive. These are values I inherited from my parents.

The value of inclusion is especially important to me. At my parents' urging (and not before waging some boardroom battles), I became the first girl to read from the Torah at Beth Israel at my Bat Mitzvah. Today, when Israeli teenagers visit Winnipeg and girls have their first aliyah ever at the Etz Chayim pulpit, I am overcome with pride and emotion.

David and I were married in 1999, and share a profound sense of excitement and interest in Jewish community life. It's that feeling that is fuelling my participation in the Endowment Book of Life and on the Board of Jewish Education.

Our community is vibrant and dynamic. I only wish for it to grow so that all Jews in the city have even more options to express their Jewish selves. That could be through synagogues, through the arts and culture, through programs, or through formal learning.

I am a proud to say I have grown up in Winnipeg's Jewish community. I want others to have the same inspiring opportunities and avenues that I have enjoyed to engage in Jewish life.