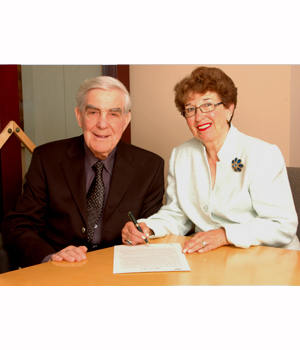 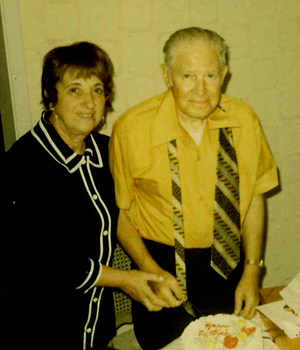 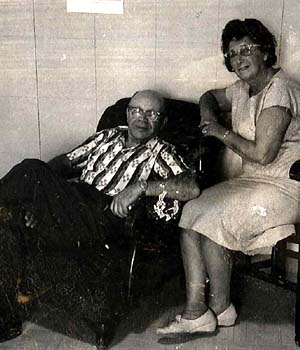 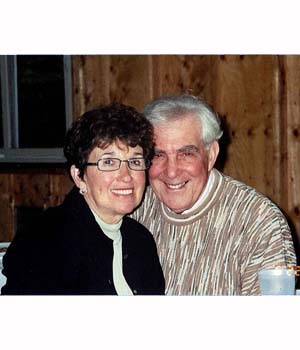 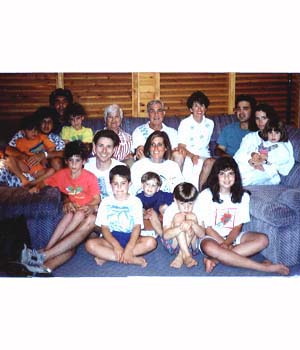 The Sawyer "mishpocha" at Winnipeg Beach

Toby Fleishman had a typical north end Winnipeg Jewish upbringing, that is, until she did something atypical. She fell in love with an American and brought him home to marry. Since that day 54 years ago, Toby and Harvey Sawyer have happily made Winnipeg their home; raising their family, enjoying business success and volunteering on behalf of the community.

Toby was born in 1931 and grew up on College and Salter with her older brother, Harold. Her parents, Ray (Klasser) and Jacob, were immigrants from Odessa and Poland respectively.

When Jacob first arrived in Winnipeg he worked for Swifts Meat Packing, before becoming a cattle dealer in Saskatchewan. Back in Winnipeg he established City Clothing on Main Street and then the adjacent Winnipeg Pawn Office. He was very involved in community, serving as vice-president of the Moshav Zikeinim and as a Canadian Jewish Congress delegate. Toby recalls him taking a petition door to door for people to sign in support of Canada allowing more Jews into the country on the eve of the war, and coming home very discouraged.

Ray was a lovely woman; a stay at home mother who was very active in the community, working on behalf of Hadassah, the Peretz School Muterfarein and the KI Sisterhood, for which she was honoured by the Jewish National Fund. She kept a kosher home, observed the major holidays and with her husband were original members of the Matheson Avenue Rosh Pina Synagogue.

In her youth Toby spent summers at Winnipeg Beach, attended Camp Kvutzah and was involved with Habonim, playing piano at many of its concerts. She attended after-four classes at the I.L. Peretz School, graduated from St. John's Tech and completed two years of arts at the University of Manitoba. There she was a member of the Phi Sigma Sigma Jewish sorority and enjoyed a fun social life.

Toby met Harvey when she attended a wedding in Denver; the city where he had recently completed an Arts degree at the University of Denver and where he was a fraternity member of Tau Epsilon Phi. Harvey, born in 1924 and raised in Chicago with a brother and sister, moved to Denver to study after the war. Serving in the Air Force as a physical training instructor had given him the opportunity to experience the world and he was determined not to return to Chicago.

Harvey's father Max, originally from Galicia, ran a confectionary stand at the EL. His mother, Belle (Gotlieb), originally from London, England, was a dynamic woman who lived until the age of 97. While growing up in Chicago, Harvey had a Bar Mitzvah & was well schooled in religious teachings; however he credits much of his synagogue and Jewish community involvement to the influence of Toby's family, the Winnipeg Jewish Community and the fact that as an adult he had grown to recognize the importance of being involved and maintaining a spiritual side to one's life.

Toby and Harvey were married by Rabbi Chiel at the Copa Cabana in 1951, one year prior to the opening of the new Rosh Pina Synagogue. Harvey was immediately welcomed by all of Toby's family and friends and had no difficulty adjusting to Winnipeg. He has since become a Canadian citizen and a big fan of the country.

While Toby worked at the Bay, Harvey went into business with her father. Jacob was pleased with this arrangement as his own son was away at school. He and Harvey worked together until Jacob took ill in 1957 and Harvey took over the businesses. Early in their marriage, Toby joined Hadassah and National Council of Jewish Women, for which she conducted hearing testing in the schools. She and Harvey also were active with the Combined Jewish Appeal., and for the last 20 years Toby has been a volunteer with the Adult Leisure group out of the Shaarey Zedek synagogue. Harvey has been a canvasser on behalf of the Jewish National Fund and has served on the cemetery committee & the Board of Management of the Shaarey Zedek Synagogue.

Toby and Harvey both think that Winnipeg is a great city and are proud of what both the Jewish community and the campus have accomplished. They go south for the winter and still spend summers at Winnipeg Beach, where they are often joined by their children and eight grandchildren.

Their oldest son Mel lives in Vancouver with his children, while son Jeremy (Jerry) and daughter Susan live in Winnipeg with their families. Toby is proud that she raised them well and has kept the family together. She has tried to be there for people when they need her, and credits her own mother with teaching her by example to be strong and independent. In turn, she hopes that she has taught her children and grandchildren to be strong in their Jewish beliefs and to maintain a love of Israel and community. Harvey adds that he hopes they also will always be tolerant and nonjudgmental of others.