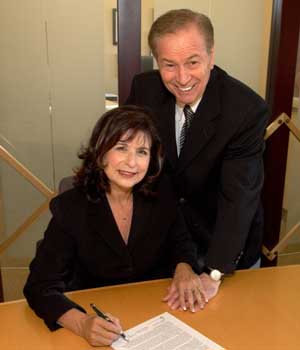 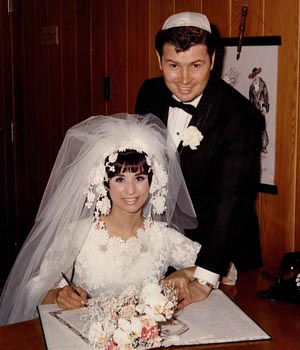 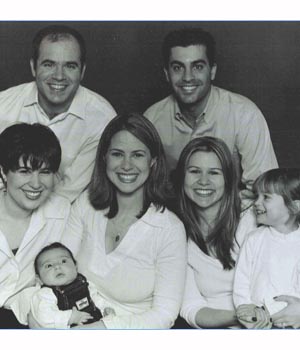 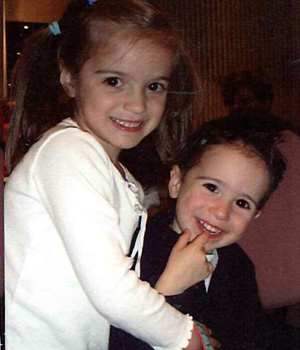 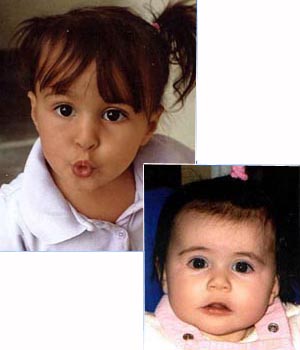 Toby Star Vinsky was born in Fort William and spent much of her childhood in Montreal, but Winnipeg is definitely her home. It is here that she has built a life with her Winnipeg born husband of almost 40 years, Irv Vinsky, and it is here that she has raised her children, and passionately pursued two careers, various hobbies and considerable volunteer work.

Toby's father Jack Star was born in Poland and immigrated to Canada as an orphan to live with a step-sister in Winnipeg. Years later, after gaining a reputation as an excellent furrier, he was hired by Pearl and Sam Braunstein of Fort William. There he fell in love with and wed their Canadian born daughter Ethel (Claire)

In 1945, two years after their daughter Toby was born, Jack and Ethel moved to Montreal, returning to Fort William after several years for Jack to take over his in-laws' business. Toby recalls a good childhood shared with her younger brothers Gary Daniel and Lorne. In both Fort William and Montreal she had mostly Jewish friends, and although she did not have a formal Jewish education, her parents were very traditional. When they lived in Fort William they brought in kosher food from Winnipeg. Toby studied ballet for many years and was a cheerleader, a posture queen and the sophomore queen at St. John's Tech.

Toby had moved to Winnipeg for grade 12, both for the academic opportunities it offered and for the exposure to a large Jewish community. After high school she attended Teacher's College and subsequently taught grade two for six years. She and Irv met at Clear Lake, dated for three years, and married in 1968. They built a home on Tanoak Park Drive in Garden City, where they still live today. During the early years of their marriage, Toby stayed at home with their children while Irv pursued his dentistry career.

Irv was born in Winnipeg in 1936. His father, Paul, had emigrated from Zhitomir, Russia around 1914, and his mother, Molly Rabin had emigrated from Crartorysk, Poland as a 19-year-old in 1927. Molly worked as seamstress when she first arrived in Canada and Paul worked delivering coal and later as a house painter. Paul and Molly married in 1930 and had four children - Shirley Shapiro, Esther Gardner, Irv and Bernice Druzin.

Irv grew up in the north end, attending William Whyte, Aberdeen and St. John's Tech, where he was active with the student council. He was very involved with sports and was a member of the YMHA and of Young Judea. When Irv was 15 his father died. As a result, Irv began working part time as a busboy at the Montefiore Club and later as a waiter on the railway to help support his family and his studies. After high school he attended the University of Manitoba and then enrolled in dentistry at the University of Toronto, moving back to Winnipeg after graduation. He has now been practicing dentistry for 47 years, the first five of them at an office on Cathedral and Main and the last 42 at a downtown location. He still works 4 ½ days a week.

Irv is a member of the Canadian, Manitoban and Winnipeg Dental Associations and has, over the years, been active with the Manitoba Dental Association Review Committee and the Alpha Omega Dental Fraternity. He also was instrumental in setting up the dental clinic at Mount Carmel Clinic. In the community he has been involved with the YMHA Sportsman Dinner and Folklorama, and he is a member of Glendale Golf and Country Club. Toby has been active with Ben Gurion University, Folklorama and the National Council of Jewish Women book club, and canvassed for the Heart and Stroke Foundation for 20 years. When her children were older she returned to school and opened an interior design business with a partner in 1986.

Toby and Irv have three daughters, Farah, Jana, and Laura, all of them now living in Toronto. Farah is the founder of an international speakers' bureau, Jana is a social worker and Laura is a Hebrew school teacher. They are all giving individuals who are very involved with their community and social issues. Toby and Irv also have four grandchildren, Jade, Cole, Saige and Cassie, ranging in age from six months to six years. While Toby and Irv travel out east frequently to visit them, they also have traveled extensively around the world. They have enjoyed several cruises and have toured the Pacific Rim and Eastern Europe among many other destinations.

Although their children and grandchildren live in Ontario, both Toby and Irv believe it is vital to support both the city of Winnipeg and the Jewish community here. It was this Jewish community, after all, that lured Toby to Winnipeg from her hometown of Fort William decades ago, and it was in this city and community that Toby and Irv courted, married, and raised their socially conscious daughters and successfully pursued their individual careers. They are grateful to have the opportunity to give back through the Endowment Book of Life program.