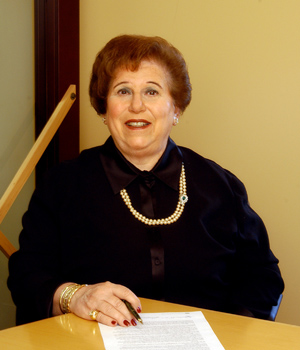 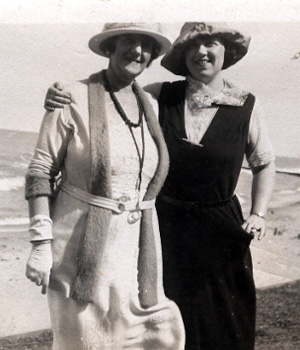 Theresa and her mother, Cecil Decker 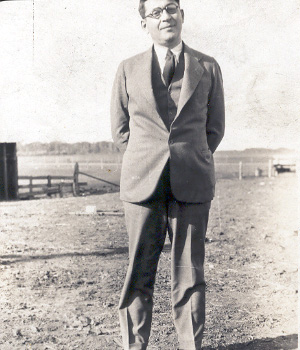 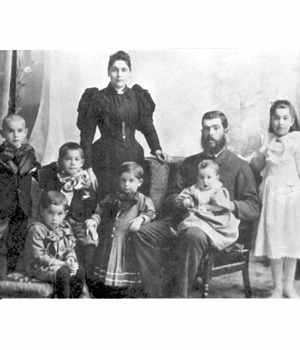 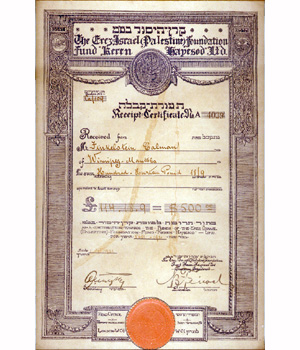 There is no doubt that Tevel Lazar Finkelstein would have been very proud of his great granddaughter Theresa Rosenberg.

Tevel, of course, was one of the original settlers of the Winnipeg Jewish community, a successful mercantilist and renowned philanthropist who arrived in this fledgling city from Russia in June, 1882, at the age of 42.

Immediately upon his arrival Tevel found work unloading lumber for $3 a day. Within a week, he opened a provisions store in a tent at the foot of the Broadway Bridge, shortly afterwards moving it into a wooden shack which he maintained until 1905. Eventually Tevel developed this business into a chain of 15 general stores throughout rural Manitoba and Saskatchewan. These successes allowed him to provide a comfortable life for his wife Rysta (Gold) and their five children. It also allowed him to be charitable with his time and money to the growing Jewish community.

Tevel was always concerned with the religious and educational welfare of his fellow Jews. In the fall of 1882, he arranged for the first High Holiday services to take place in the city in a vacant store. Subsequently, he helped found both the Shaarey Zedek and Rosh Pina synagogues, and later the Talmud Torah at King Edward Hall. By the time he retired in 1908, Tevel was one of the best-known businessmen and community leaders in Western Canada.

While many of Tevel's numerous descendants have been involved in and committed to their local communities, it is perhaps Theresa, granddaughter of Tevel's son Colman, who has best emulated his devotion to the Jewish people.

Theresa was born in Chicago and raised in New York to Winnipegger Lewis Finkelstein and American Cecil Decker. Sadly, both of them died when Theresa was a teenager, leaving her in the care of her mother's brother. Theresa enrolled at Columbia University, parlaying her excellent academic record into a job, before graduation, as executive assistant to the director of the March of Dimes and the World Health Organization — a job that sparked her interest in community and fundraising work.

Part of this remarkable job required Theresa to stay at the Waldorf Astoria Hotel while she was working on fundraising projects. Her Winnipeg aunt, Pearl Silver, who was like a mother to her, felt that this aspect of the job was too sophisticated for someone as young as Theresa. She tried to convince her niece to give up her job and move to Winnipeg. Theresa only agreed to come for a visit. To the great benefit of the local community, the rest was history. During this visit, Theresa met Murray Rosenberg. She married him in 1949, and from then on, called Winnipeg home.

Theresa and Murray had four children. Kenneth, a lawyer in Toronto, is married to Caryl Marsalles and has one daughter, Taya. Lewis, a property manager, lives in Winnipeg with his wife Fran Steinberg and their three children, Jason, Seth and Rafeela. Lewis' twin sister, Cecile, died in infancy, while tragically, Theresa and Murray's youngest child, Roberta, passed away at the age of 22.

When Theresa first came to Winnipeg, Pearl encouraged her to become involved in Hadassah-WIZO. Theresa did so, quickly becoming vice-president of a young brides' chapter, and eventually the national vice president of Canadian Hadassah -WIZO. Among many other Jewish and Zionist related activities, Theresa also served as national vice-president of the Canadian Zionist Organization and, for 10 years, as regional chairperson of the local Zionist Educational Trust.

Over the years, Theresa's volunteer efforts have been acknowledged in innumerable ways. Theresa, however, is most proud of the Jerusalem 3000 award she received in 1995. This one-time only award was established in celebration of Jerusalem's 3000th birthday as a means of acknowledging individuals who have demonstrated untiring devotion to the Zionist cause. Theresa was one of only nine North Americans to receive it.

Theresa's devotion to Israel continues to this day. While she believes that the creation of the State of Israel made Jews worldwide respectable, she worries that Diaspora Jews today do not support the Jewish state enough. She encourages all Jews, particularly those living in Canada and the United States, to become involved in Zionist causes and, most importantly, to take out memberships in organizations that support Jewish and Israeli interests. These memberships are more important and more influential than fundraising, Theresa firmly believes, and ultimately have the greatest impact on government policy and actions.