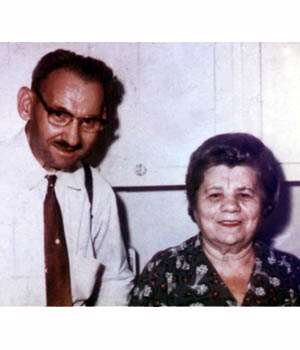 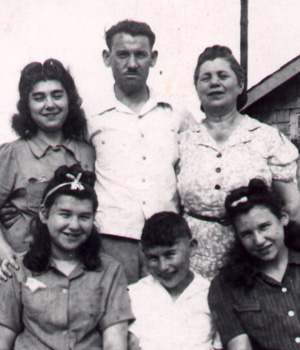 I was born in Winnipeg and lived with my parents and siblings in a number of homes, all of them in the city's North End. I had two sisters, Bernice and Ruth, and one brother, Willie, who died as a young man. I attended Strathcona, William Whyte and St. John's Tech for my schooling, and also went to evening classes for three years at the Peretz School.

For a while, my family lived in a predominantly German area of the city. I still remember how the boys from this neighborhood used to torment and hit my siblings and me, and call us dirty Jews.

Although I did not belong to any Jewish organizations when I was a child, as an adult I have been very active in ORT, the B'nay Abraham Synagogue Sisterhood and Hadassah, for which I served as a chapter president.

In 1944, I married Morris Chapnick. We have two children, a son Sidney who has three children and a granddaughter, and a daughter Sharon who is married and the mother of two sons in Winnipeg. When Morris and I first married, I worked with him in accounting, and after the children came I continued to help him, working at home during the day and in the evening when the children were sleeping. I went to work when the children were in High School, now I continue accounting with Morris to this day.

My paternal grandparents Chana Dorfman and Moishe Chudnowsky both died in Russia before they had the opportunity to emigrate. My maternal grandparents Moishe Daiter and Sara Serota came to Canada from a small shtetl near Kiev around the year 1912. They settled in Bird's Hill, Manitoba where they farmed and helped build the local synagogue and served on its Board of Directors. When they retired they moved to Winnipeg and lived with my parents, Max Chudnowsky and Anne Daiter. My parents had married in Winnipeg in 1923 and now are both buried at the B'nay Abraham Cemetery.

My advice to younger generations is very simple, just to live one day at a time. I also hope that my grandchildren and great-grandchildren will continue to carry on the Jewish way of life that has been so important to me.