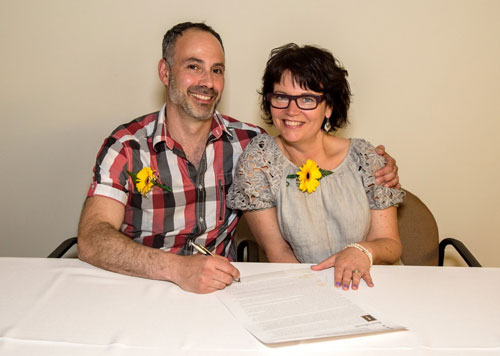 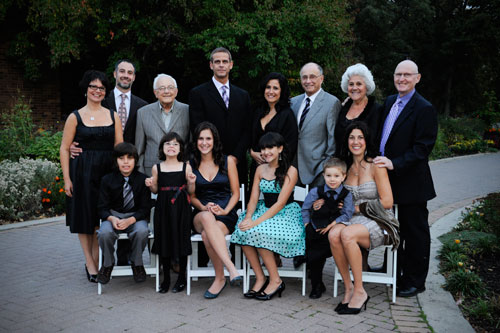 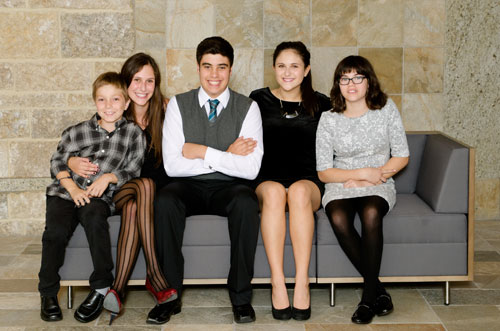 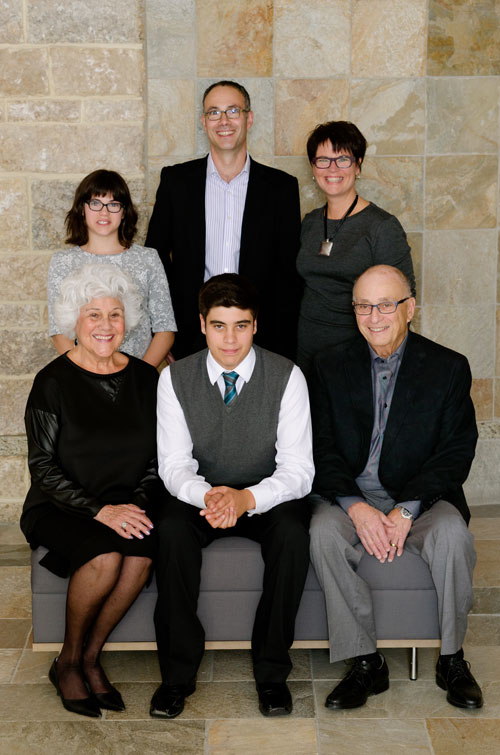 Arthur Wortzman was born in Winnipeg in 1929. His parents were Harry and Tillie Wortzman (née Fashler). Harry was born in Opatow, Poland, in 1896 and came to Winnipeg in 1912. Tillie was born in Ostrovia, Poland, in 1903 and came to Winnipeg in 1906. They were married in Winnipeg in 1923 and, together, owned and operated Toronto Ladies Wear. Arthur's mother was particularly memorable — a colourful extrovert with a great sense of humour and fun. She loved telling jokes and spending time with her 11 grandchildren. Arthur's father was much quieter, brilliant with numbers and in business, even though he couldn't read English. Arthur's mother died in 1992; his father in 1978.

Arthur and his brother (George) and sister (Eleanor), and attended Laura Secord School and Gordon Bell High School in Winnipeg. He later earned his law degree from the University of Manitoba. He also went to Sunday school at Shaarey Zedek, where he had his Bar Mitzvah. Over the years, Arthur took part in sports, which involved track and field and football. He continued to play football in law school, took up running in his 40s, and ran a marathon at the age of 52, long before long distance running was fashionable. Arthur practised commercial and corporate law independently, and enjoyed the trust of many long-term clients. Today, he still looks after a few business interests and has been involved in a prostate cancer support group and served on his condominium's Board. Today, Arthur can often be found at the Rady Centre, either working out, playing bridge or socializing.

Adele and her brother, Allan, were raised with a strong sense of Jewish identity, even though they were the only Jewish family in Roblin. They kept kosher and travelled to Melville to attend synagogue. Harry and Helen believed it was also important to be involved in the wider community. In Roblin, Adele studied piano and worked in the family store. Adele came to Winnipeg on her own at the age of 17 and boarded with the Levi family while earning her nursing diploma at the General Hospital. Driven by a desire to help people, Adele's 48-year career included psychiatric nursing, addiction counselling, and employee assessment counselling. As a volunteer, Adele served on the Board of the Saul & Claribel Simkin Centre, and she continues to volunteer at the Winnipeg Art Gallery and the Canadian Museum for Human Rights. Adele's father passed away in 1997; her mother in 2005.

Adele and Arthur met at Clear Lake and married in 1959 at Shaarey Zedek Synagogue in Winnipeg. They lived on Montrose Street where they raised their three children: Anita (born in 1962), Susan (1964), and Jason (1966). All three attended Robert H. Smith School and River Heights. Anita went to Grant Park High School; Susan and Jason went to Kelvin and University of Winnipeg Collegiate. Childhood memories were shaped by family dinners, visits with grandparents, large family Seders, BBYO, USY, sessions at B'nai Brith Camp, and especially summer after summer at the family cottage at Falcon Lake. The family continues to enjoy wonderful summer days at the cottage, playing cards and board games, enjoying water sports, golf and running. The nights at the cottage are shaped by delicious family meals prepared by Adele and Arthur. The delicious smell of Adele's wonderful baking and Arthur's legendary breadmaking permeate the cottage.

Arthur and Adele have raised a loving family, steeped in character, and committed to contributing to community life. Their greatest pride is their children, Anita, Susan, and Jason and their grandchildren— Lexie, Haley, Liam, Hannah and Jack.

Education was a key value in the Wortzman home and the children were raised in an environment that encouraged success. After high school, Anita earned her business and law degrees at the University of Manitoba. She is the CEO of Acumen Development Corp., a company dedicated to driving businesses to strategically grow and achieve their vision. At the time of writing, Anita is the incoming President of the Jewish Foundation of Manitoba. She has also served as President of Gray Academy of Jewish Education from where her daughters — Lexie and Haley — graduated. She has been active with the Jewish Federation of Winnipeg and the Canadian Friends of the Hebrew University. Anita and her husband, Ron Yurman, are devoted to ensuring a strong Jewish education opportunity exists for students in the Winnipeg community. Lexie and Haley are strong supporters of BB Camp, working each summer to enrich the wilderness camp experience for children and supporting camperships and BB Camp through their JFM Bat Mitzvah Fund.

Susan also earned her law degree at the University of Manitoba. Today she lives in Toronto with her partner Glenn Smith and son Jack. Susan is the President and Founder of Wortzmans, a law firm specializing in e-discovery and information governance. She has been an active fundraiser for the Canadian Museum for Human Rights in Winnipeg and, in Toronto, with Canadian Stage, Art Toronto, the Tarragon Theatre, and Sedona Canada. Susan is also an avid art collector. She was formerly married to Justice John Scurfield who passed away in 2009. Their son, Jack, is a shining figure in Susan's life who has inherited Arthur's dry sense of humour and wit. Jack loves playing sports, especially hockey, golf and soccer. Like her parent's, Susan and Jack love playing bridge and both are avid readers. Susan has also followed in her Father's footsteps as a long distance runner who has completed several marathons.

Jason is a graduate of the Culinary Arts program at Red River College. He is an accomplished chef who apprenticed in Quebec and France. He now works as the Director of Marketing, Food Service Sales and Product Development at Granny's Poultry Farmers' Cooperative in Winnipeg after having played a similar role at Bothwell Cheese. Jason and his wife, Teresa Rogers, have two children — Liam and Hannah. Jason loves to cook at home and Liam and Hannah have picked up many culinary skills that will serve them well for years to come. Food and gatherings with family and friends are an integral part of life in the Wortzman/Rogers home. Often these events include an activity such as cross country skiing, swimming or some other outdoor adventure. Jason's sits on various boards and volunteers with the Manitoba Food Processors Association, Share Our Strength; Variety, The Children's Charity; and CanU.

The Wortzman family is honoured to participate in the Endowment Book of Life program. It is a way to not only to express gratitude, but to demonstrate it — and a way to help strengthen our community for the long term.