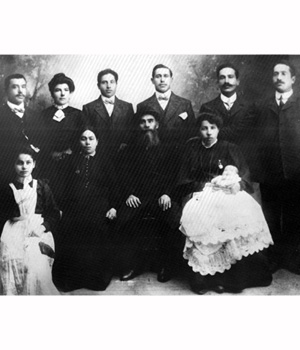 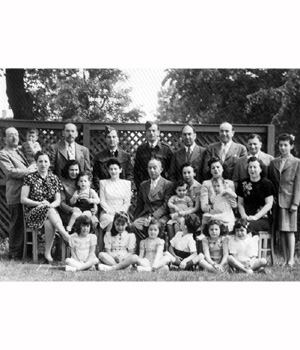 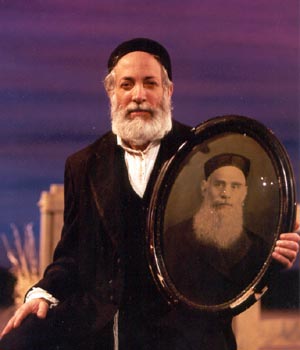 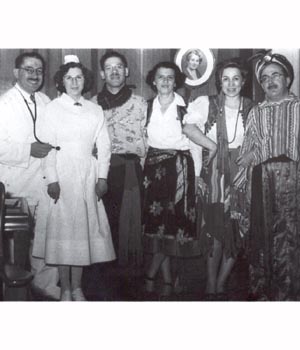 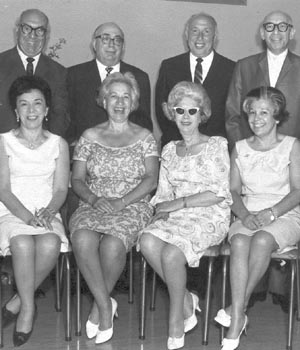 The Posner Family has been in Winnipeg continuously since June, 1906 having arrived here from what was then the shtetl of Propoisk, in White Russia, now Belarus. The group that gathered in Winnipeg included the Patriarch Shmerya and his wife, Yudasha, the Matriarch and producer of 7 children. She appears to have delivered her last child at age 48. These 7 children consisted of 5 sons and 2 daughters. All but one child settled in Winnipeg and all came here in 1906. They were Isaac Posner and wife Kayla Shulman, Nathan Posner, Herman Posner and wife Gita Kuznetsov, Alex Posner, Abram Posner and Millie Posner. These 6 children together with their sister Esther Liba Wise of Boston added to the Posner tree by way of a total of 31 descendants. From these 31 came a total of another 62 Posner people. And from the 62 it is known that there are 118 5th generation Posners and as of July, 1998, there are over 20 new Posners making their presence felt. In short, Shmerya & Yudasha started something that will not stop although they probably never addressed their minds to that subject 100 years ago.

Who were these Posners? To start, the name has not always been Posner or so it has been told. They came here shown as Pewsners, elsewhere it is Paysner, and there is some evidence that it was Pevsner. Moreover, Yudasha was a Posner when she married Shmerya so that it is possible there was a tie in between the two families. On top of all that, Posner legend has it that the name was really Aperion or a variation of that and that the name was changed to avoid the army - no doubt true. What is a fact if one believes one's parents is that the family are Cohanim and if you ever went to the old Lubovitch shul on Magnus in the early 20's, 30 and 40's, it was an impressive scene with the Posner clan standing in rows duchoning.

The brothers were occupied early on in various jobs. Alex worked for many years as a foreman at Winnipeg Cold Storage, Abram was the owner and operator of the R Groceteria at the corner of McGregor and Polson, Nathan had the Steam Baths and Isaac, who lived for a period of time as one of the few Jewish families in St. James, had a rendering business. Herman began as a barber but he went into bootlegging and that enterprise allowed him to retire early on in life.

The next generation included colourful Posners like Alex aka "Lucky" and Harry aka "Rico". Many a Posner could be found at the Polo Grounds and later Assiniboia Downs, particularly Sol or "Doc" Posner and brothers Benny and Eddy Posner. There was a time when some Posners operated Posies on Graham, a restaurant and sometimes bookie establishment. Samuel L. Posner became a prominent Pharmacist in the city as was his cousin Maurice Posner while Samuel R. Posner was a well known and highly respected businessman. There were three Dolly Posners, all named after Yudasha.

The Posners were as a group generally not tall, often balding, not terribly athletic (with some exceptions) but full of a love of life. Like many others, they had their ups and downs but they persevered. They were closely connected to each other, as demonstrated by the Cousin Club gatherings held in the 1950's and 60's, and the Posner family reunion of 1997. At the turn of the 21st Century, the Posners had become writers, doctors, lawyers, Rabbi, teachers, nurses, businessmen just to name some of the occupations. They were spread out all over North America and a few had even returned to Israel where the family likely began many many years ago. They have come a long way since their arrival to Manitoba in the summer of 1906. Today, there are few Posners left in Winnipeg but that fact only repeats the history of Propoisk.