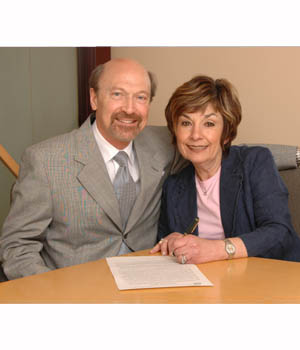 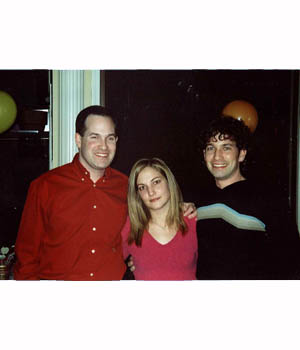 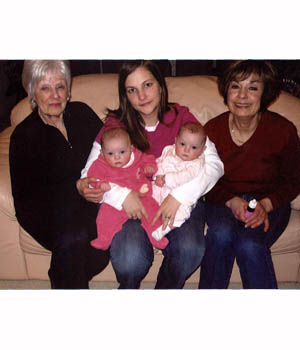 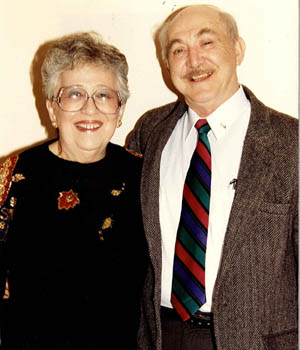 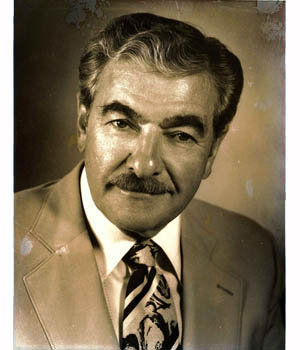 Terri and David Marr may be approaching their 40th wedding anniversary but they are really celebrating a 60-year relationship that began in Junior Kindergarten. Their paths kept crossing until it was inevitable that they marry, which they did in 1967. Although they continue to share a life together, they both have their own individual chapters. Telling their story through the Endowment Book of Life seemed like a natural progression for them.

Terri is the eldest of two daughters born to Harold and Miriam (Rosenberg) Kopelow, her sister, Susan Fox, is four years her junior. Terri's earliest memories were of tough times in the family's grocery businesses living near the stores. Her paternal grandparents, Harry and Eda Kopelow, had a grocery on Isabel Street, her father and uncle had one on Donald Street, and finally her father had one alone in Elmwood.

Although Terri acknowledges that her mother was very much involved in her life, making sure to be home everyday for lunch and active at Terri's schools, it was her maternal grandparents, Joe and Rose Rosenberg, who taught Terri how to keep a Jewish home. Many weekends were spent traveling to the south end by bus to Academy Florists, her grandparents' business, and having Shabbat dinner at their home, often followed by ice cream at Dutch Maid.

School is where Terri developed her "perfectionist" quality. She was an A student at Ralph Brown, where she was one of a few Jewish students, and at Machray where she met many Jewish friends. A traumatic move south in 1958 brought her to J.B. Mitchell and Grant Park, a school that was to become very important to the family as both Terri and David, as well as all the Marr children, would graduate from there.

In addition to being a good student, Terri was involved in many of the Jewish organizations and worked at Jewish camps, activities that put her in contact with David, who lived just down the street on Lanark.

Although David has a brother, he was raised as an only child, as Michael is eleven years younger. David's parents, Earle and Faye (Shector) Marr, were quite typical 1950's parents. Earle was a traveling salesman with lines of women's clothing, a job that kept him on the road between the Lakehead and Alberta for half the year, while Faye stayed at home, raised the children and was involved in the community through Hadassah. She was the one who laid the foundation for David's community involvement first as a teenager and then as an adult.

David's family also made the transition from north to south in 1959, moving from Rupertsland Avenue to Lanark Street, just down the block from Terri Kopelow. David was a good student and valedictorian of his high school class. Active in many organizations, he was a member of the Y, president of Red River Region of BBYO, and was narrowly defeated in a bid to become president of Grant Park. He enrolled at university to begin studies towards medicine, but one day realized that his talents were in debating and oratory and that a career in law was more suitable for him. He was correct.

After marriage in 1967, graduation in 1968 and a call to the Bar in 1969, David and Terri considered some job opportunities out west, but chose to remain in their hometown. Initially, Terri's work as an educator supported the family as David finished law school and became established. David was a partner in three large law firms before finally merging his practice in 1991 to form the firm of Campbell Marr. Civil litigation, his specialty area, has proved to be very satisfying.

Never having been one dimensional, David's volunteerism did not stop when he started to practice law. In fact it became more focused. As social issues were very important to him, David became involved with the Indian Métis Friendship Centre, the Volunteer Bureau, Rossbrook House and MacDonald Youth Services, and served as president of the United Way and the John Howard and Elizabeth Fry Society. He did all this with the support and encouragement of Terri and only three stipulations - he must be home for dinner, give the children their daily bath and read them a nightly story - stipulations with which he was very happy.

In the Jewish community, David served on the boards of Gwen Secter Creative Living Centre and The Jewish Foundation of Manitoba, and served as President of Winnipeg Jewish Theatre and Jewish Child and Family Service, where Terri also was a board member.

Terri and David have three children. Daniel is a Doctor of Clinical Psychology and lives in New Jersey with his wife, Robyn (Zwickel). Corey is a film producer and lives in Toronto. Andrea is married to Eric Aizer. They live in Port Moody, British Columbia with their twin daughters, Emma and Alexis. Living in Winnipeg, Terri and David are situated half way between all of their children and visit them regularly. Terri wants to be remembered as a mother who "helped raise three independent children", while David wants to remind his children, grandchildren and anyone else who reads this story "to not just take up space — contribute and appreciate what you have and assist others who are less fortunate".