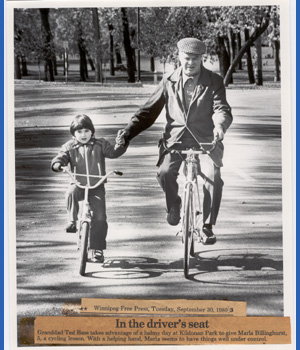 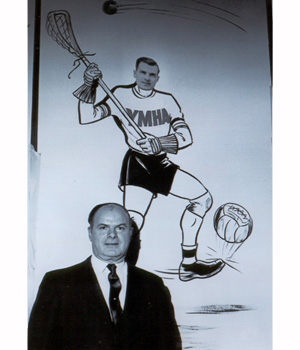 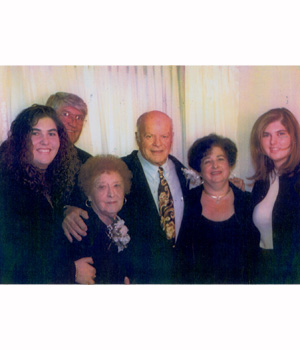 Teddy Bass surrounded by his family 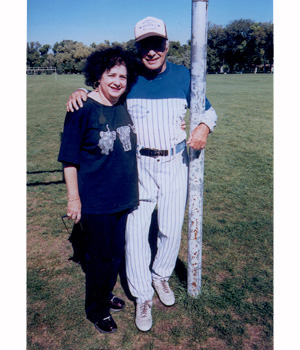 A fitting epitaph to Teddy Bass' life would be that "he always did the right thing". Teddy passed away in 1999, but in conversation with both his daughter and one of his granddaughters he surely lives on in their thoughts and actions. On a regular basis they find themselves saying, "we know what Teddy would do in this situation".

Born in Winnipeg in the winter of 1911, Edward (Teddy) Bass was one of seven sons born to Jacob and Anita (Levine) Bass. Arriving from Russia around the turn of the century to escape the pogroms, Jacob began a life as a butcher, which allowed him to feed his family but not much more. Teddy, the second youngest of six surviving boys attended the regular north-end schools, Machray, Aberdeen and St. Johns. Upon graduation Teddy began his first career as a projectionist.

It was his second career that Teddy really enjoyed and that was as the owner/operator, with his brothers Mickey and Louis, of M.A.C. Bowling and Billiards on Selkirk Avenue. Eight pool tables and ten bowling lanes made M.A.C. the social place to be in Winnipeg's north-end. This became an institution until the 1980's when Teddy decided to retire.

What was remarkable about M.A.C., was that contrary to popular belief, this was a place that did not allow swearing, smoking or drinking. Teddy was an athlete his whole life and believed that sport provided a great deal of quality to his life.

Vince Leah, the Free Press sports columnist, described Teddy as a "genius with a lacrosse stick". As Teddy was such an accomplished soccer and lacrosse player, he was invited to participate in team sports at levels beyond his age category. This love of sports followed him until his mid 80's when he still played senior men's baseball at Kildonan Park. Throughout his lifetime, Teddy competed in soccer, lacrosse, bowling, pool and golf at a level that allowed him to be included in the Athlete's Wall at the Rady Centre, established to recognize Jewish athletes. He was chosen as the best lacrosse and soccer player of the century.

Possibly through his involvement in sports or what he learned at home interacting with six brothers, Teddy understood, preached and practiced the ethic of "fair play". The idea of fair play was the reason for the development of an early version of a modern day credit union operated out of M.A.C. known as the "Twentieth Century Credit Union".

In 1935 Teddy married Marion Brown and together they had two children, Sheila (Cookie) and Jerry. Both children live in Winnipeg and have raised their families in Winnipeg. Teddy was often unwilling to leave Winnipeg as he was happy wherever his family was. He often said " nobody died of the cold", to explain why he was not anxious to leave during the winter.

In later years Teddy's greatest joy was spending time with his family. He was an integral part of their lives. He was their mentor, confidant and friend. Outsiders would describe Teddy as handsome, athletic, and a great person while his family saw him as a loving father and grandfather who was always available to his family. They remember him as a special person with whom you could talk about anything without feeling judged. Teddy is an example of an individual who is still involved in the lives of those that he touched.