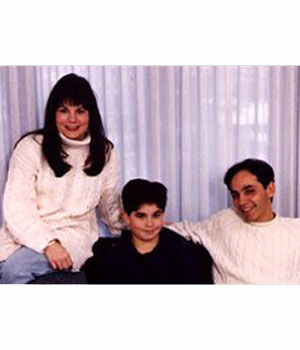 Tannis has a very high regard for the Winnipeg Jewish community and its institutions. She expresses her feelings as follows, "I am very proud of my son and his involvement in the Jewish school system. He graduated from Ramah, and is currently a Grade 12 student at Joseph Wolinsky Collegiate. I think that Winnipeg has a unique and precious commodity - that being a Jewish community of deep roots. Winnipegers have a strong common bond that serves them well wherever they go. The recent opening of the Campus is a testimonial to the cohesiveness of our Jewish community. I am proud to have played a small part in the development of our community."

Tannis is a young Jewish professional who, at present, is the Deputy Minister in the Department of Family Services in the Provincial Government. She has provided support to the Winnipeg Jewish Theatre (Vice President, Administration), the Jewish Foundation of Manitoba (Board member, member of Distribution Committee, and member of the Endowment Book of Life Committee), and has served as a committee member of the Winnipeg Jewish Community Council.

Tannis grew up on Bluebell Avenue in Garden City, attended Talmud Torah and H.C. Avery schools, Garden City Collegiate and graduated from the University of Manitoba. During her youth she was an active participant in B.B.Y.O. and the Y.M.H.A. She cherishes many happy memories of the valuable programs and camaraderie of these groups.

Tannis' grandparents, maternal - Freda and Abraham Bay, paternal - Sarah and Abraham Silver, left Poland and Russia early in the 20th Century to settle in Winnipeg. Tannis' parents, Dorys and Morris Silver, both were born in Winnipeg. Grandparents and parents identified with the Jewish community and its organizations, and embraced Jewish customs and values. Tannis and her husband, Sheldon (married in 1975), are continuing the Silver/Bay/Mindell tradition of commitment to Judaism and community, and are hoping to instill these traditions in their son, Drew, who represents the next generation.