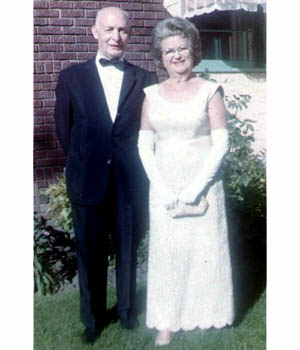 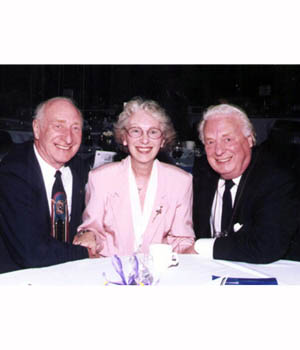 I was born in Winnipeg and raised on Aberdeen Avenue with my two brothers, Aubie and Itz (Jacob). I attended the I.L. Peretz School, Machray and St. John's and as a child was active in Hashomer Hatzair and the YMHA. I am married to Harry Plattner and have one daughter, Glori-Beth Klemke, who is married to Miles, two grandchildren, Robbie and Rochelle, and a great granddaughter, Jada Klemke Wildman.

I have very fond memories of accompanying my father to synagogue on Yom Tovim to hear my uncle Cantor Moses Jacob's choir. I also cherish the years I spent at Peretz School and the lifelong friendships that I developed there.

I grew up in a very happy, funny home where music was central. Every Sunday family and friends gathered around the piano and sang and performed skits while my brother Aubie played. My father "shepped much nachus" at these musical gatherings. Even our dog Buster got into the act. My brothers had a popular band that played at almost every Bar Mitzvah and Jewish wedding in the city. To this day they still entertain for senior citizens. My mother Rose Cherniack, who emigrated from Russia in 1913, had a great sense of humour and a remarkable zest for life. My father Alex, who arrived in Winnipeg in 1905, worked for his brother Ben (who founded Jacob and Crowley Clothing Manufacturers) for sixty years.

I also played the piano and became involved in musical theatre, acting as accompanist for the Art Smith Rosh Pina Purim plays and the Herzlia Synagogue productions. These were always a lot of fun.

I have also been active in the community in other ways. I served as president of Pioneer Women for two years and for ten years was hospitality chair for the Association for Children with Learning Disabilities. My most satisfying endeavour has been the time and energy I have spent advocating on behalf of the mentally handicapped and helping to ensure that they have safe and healthy environments in which to live. I am presently a board member of Shalom Residences and the Winnipeg Jewish Theatre.

After being employed as a stenographer at several places I began working at Shaarey Zedek in the early 1980's. The last 10 years I was there I worked as the funeral director, receiving a great deal of satisfaction by helping people in their time of distress.

I hope that in the future people will remember me as a person who cared, gave of herself and helped those in need. I inherited my mother's philosophy to approach life with a sense of humour and to realize that there's always a light at the end of a dark tunnel. As well, I hope that the Yiddish language remains vibrant and that the community continues to thrive so that future generations will realize that Winnipeg is a great place in which to live and enjoy a good Jewish life.