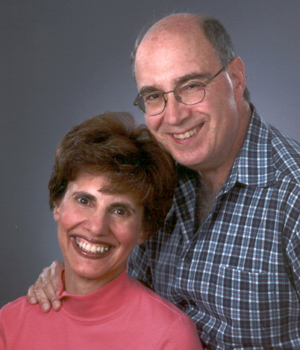 Susan with her father, Manny Silverman, and Goofy

I was born in Winnipeg on December 10, 1952. My parents, Lillian Mittleman Silverman and Manuel Joseph Silverman, were also born in Winnipeg. Their parents, Sarah and Harry Mittleman and Esther and Isadore Silverman, came from Poland, Lithuania and the United States. I always thought that it was "unusual" to have a grandmother who was born in the United States. My "Baba Esther" was part of the Schorr family of cantors who originally came from Vienna, Austria. Her father was apparently the first cantor of the original Shaarey Zedek Synagogue in Winnipeg.

Growing up in Winnipeg was generally a very positive experience. As my father has provided a separate statement in the Endowment Book of Life, which includes information about his parents and development of Silverman Jewelers, I will not provide those details here. I was blessed to have most of my extended family living in Winnipeg, holiday celebrations were therefore large and busy events. We always gathered for the Jewish New Year, Chanukah and Pesach. I can remember at least 35 people from my dad's side of the family sitting at our Seder table!!

From a young age, I enjoyed Jewish communal life and activities. At the age of nine, I became involved with a Brownie Troop at the Shaarey Zedek Synagogue. I went on to actively participate in "Juvenile B" activities at the Y.M.H.A., U.S.Y., B.B.Y.O. Hillel and Atid. These activities helped me to develop self-confidence, connected me to friends, with whom I maintain contact until this day, and helped "chart" my career decision to become a social worker.

This decision was followed by a four-year Bachelor of Social Work degree, which I completed in May, 1974. After working in Winnipeg for three and a half years, I decided that it was time to experience life beyond my home city. Like many other young people at that time, Toronto seemed to be a natural choice, as it had such a vibrant Jewish community. I felt it would give me exposure to new opportunities and a chance to meet people from other places. I met a lot of nice people there, including my husband, Howard Mintz, whom I married in October, 1981.

Part of my early period of living in Toronto included participation in the Block Education Program offered by the Yeshiva University — Wurzweiler School of Social Work. The program enabled me to spend three very stimulating summers in New York followed by two, eight month "blocks" of field work in my newly adopted home city. I think that my positive connection with the Jewish community, from the activities I enjoyed during my youth, greatly contributed to my decision to pursue my M.S.W. at Yeshiva University.

Since that time, I have held a variety of social work positions, including teaching, working in health care, with the elderly and with fieldwork students, and my current position, as Director of Patient Services with The Kidney Foundation of Canada — Central Ontario Branch.

I am very proud of the positive values regarding family, home and contributing to one's community that I inherited from my parents. When I thought about leaving a legacy after my death, it seemed to make sense to do so in Winnipeg, the place of my birth, to which I continue to feel a strong connection. I felt that my contribution, through the Jewish Foundation, could help those committed to working in the non-profit sector enable the community to grow and prosper. Winnipeg has a very positive reputation among Torontonians as a place where a lot of "friendly people" come from. I am happy to be able to include myself in that group!!