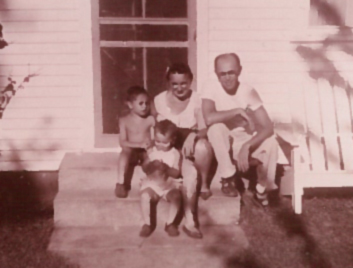 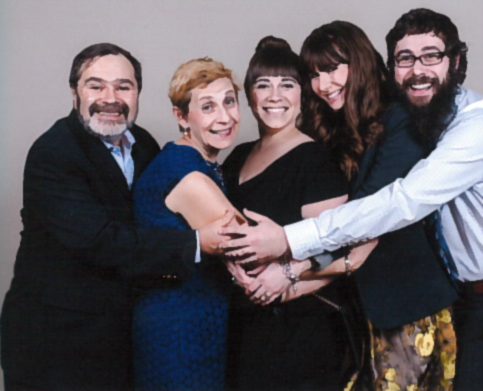 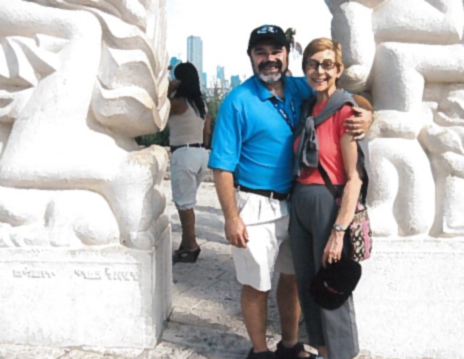 I was born in Winnipeg and raised in what I call the North End at a time when the majority of the city's Jews lived there. Technically, though, it was West Kildonan and we lived on Seven Oaks Avenue.

My parents, Max and Lily (née Malmed), and my sister Andrea and I lived with my grandparents, Faige and Sam (Shoilek) Malmed. Our house was close to the Bnay Abraham Synagogue, which was very important to my grandfather as daily prayers were a mainstay in his life. My Zaida Shoilek was the family patriarch and responsible for bringing his family from Poland to Winnipeg. His story is also in the Endowment Book of Life.

Our home was the meeting place for the Malmed family as aunts, uncles, and cousins frequently gathered around the kitchen table. My extended family was part of our daily life. My dad's parents, Harry and Mary Leibl, had a similar family dynamic, living with my Aunt Ruby and Uncle Sam Minuk. My parents, my sister, and I often spent our holidays visiting with the Leibl family; large family gatherings were the norm for us. My father worked long hours in the family grocery store and I was amazed by how he still had time for my sister, my mom, and me among all the extended family commitments and pressures. Only in later years did I realize how important his steady hand was on the family rudder. He taught me the importance of life balance, education, and family values. My mother was the glue that kept us close to the Leibl and Malmed families. She managed to do that while helping my dad at the store and attending to my sister and me and my grandparents, all at the same time. She certainly taught me the ability to multi-task.

Tzedakah was an important value in our family, and my parents gave what they could to charities and individuals who needed help.

My early education was at Talmud Torah and later at Joseph Wolinsky Collegiate. I transferred to West Kildonan Collegiate in Grade 10. All my friends were Jewish, and I attended clubs at the YMHA, went to Camp Massad in the summers, and was involved in BBYO. Public school and my first real job at age 17 in the hotel industry introduced me to the greater Winnipeg community and helped me appreciate the importance of fostering positive relationships between the Jewish and general communities.

My parents were hard-working folks and my dad had an entrepreneur's spirit, although little capital to express that drive. That certainly led me to recognize that business life made a lot of sense to me. I liked the independence that came from my employment during the summers and while attending university.

It was in my late teens and during university that my relationship with Ellen Pollock flourished. Ellen must have seen potential in me and therefore agreed to marry me in 1976. But just to be sure that things would work out for us, she started law school soon after our wedding.

My parents and my in-laws, Harold and Arnice Pollock, got along famously and my already large extended family got bigger. Unfortunately, my father became ill and died in 1978 and my mother passed away three years later. Losing both my mother and father at such an early age (both were 58 years old when they died) had a major impact on my life and Ellen's. While Harold and Arnice never tried to take the place of my parents, they were both pillars of strength for us to lean on.

I graduated with a Bachelor of Commerce (Hons.) degree in 1975 and embarked on my business career in the hospitality industry.

Two years later, I was looking for something more than my current job offered and I began my career at Perth's cleaners. I was hired to manage their uniform rental division. Perth's was a multi-faceted organization and offered a great opportunity for a young, energetic, and ambitious business person. I was able to take on many roles and loved the business world. The challenges and rewards were many, but I soon knew that while I enjoyed working for others it was in my DNA to be a business owner. Over many years, and with the assistance of advisors and friends, I was able to become the President and owner of Perth's.

During my working career, I joined the boards of Camp Massad, Congregation Shaarey Zedek, and the Better Business Bureau among other business-related and industry organizations. I believe my involvement with these organizations broadened my views and allowed me to assist them, too.

My career at Perth's lasted 35 years. I knew from the beginning that while I enjoyed the hard work that business ownership demanded, I could not do it forever. In 2012, I sold the last of my business operations and retired. Ellen and I now spend the winters in Phoenix. I enjoy golfing and regular meetings with business colleagues where we help each other though the challenges of the day. I am also active in a few business ventures, helping out where I can.

Ellen's legal career and my business didn't get in the way of family, it just made things busier. First Matthew and, three years later, Leah came along and enriched our lives. The Jewish values that our parents and grandparents imparted to Ellen and me became part of our children's lives and their growth.

Ellen and I are fortunate that Matthew, his wife Heather, and Leah have chosen to make Winnipeg their home. Having your children close to home is not the norm today and so we enjoy and appreciate it.

Winnipeg has been a great home for me. Our family has benefitted from the educational system and the cultural and social programs that are available here. I see my participation in the Endowment Book of Life as one way to give back, so others can also raise their families in a safe community with strong Jewish values.