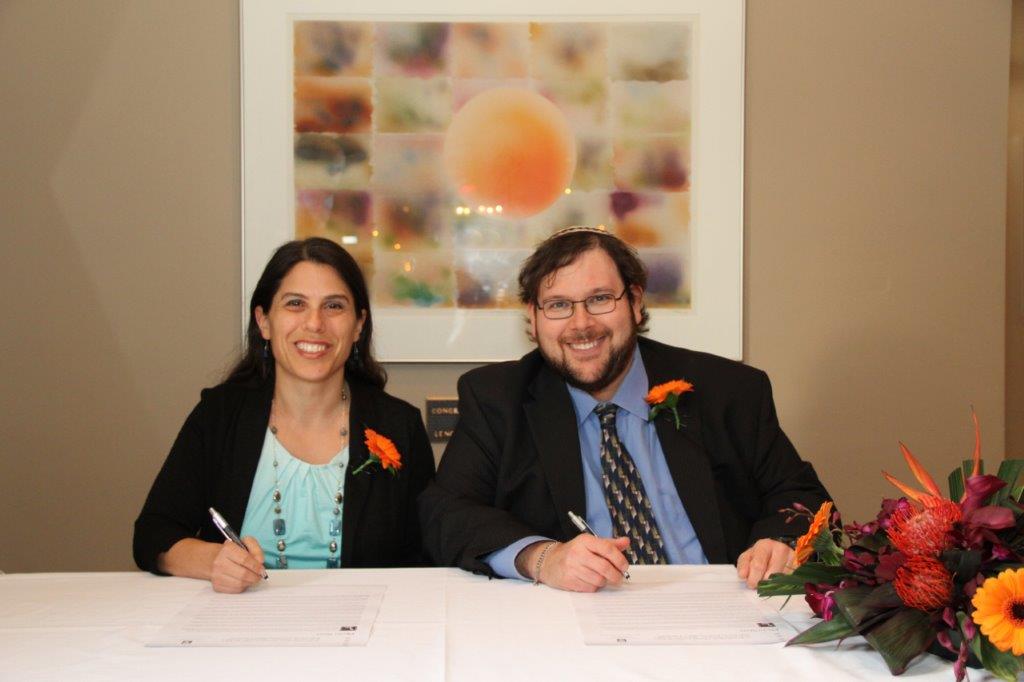 One day in 2016, my young son Adam came home from school and started asking me questions about that week's Torah portion. My eyes lit up. The continuity and celebration of Jewish life are at the heart of my story, so when I see my children get excited about Judaism, I feel an indescribable sense of joy.

I am the son of Murray and Sandy Hyman (née Katz). My father's parents, Solomon and Elsie Hyman (née Alpertstein), were both born in Canada. My mother's mother Rose Katz (née Slotnikov) was also born in Canada while my maternal grandfather, Hymie Katz, was born in Romania. I am named for my Zaida Solomon, who passed away the year before I was born. I have beautiful memories of the three grandparents I knew.

Visits with Baba Elsie at her River Avenue apartment often featured an episode of Days of our Lives (I endured that); a walk with her around Osborne Village (I loved that); and racing down the apartment hallway with my brothers (I really loved that). Despite having severe diabetes, she always kept a pie in the fridge in case company popped by.

My Baba Rose was quite ill and passed away when I was very young, but the pictures of her and me express the love she had for me.

My Zaida Hymie died when I was five, but I remember how devout he was. Years before I was born, he opened a non-kosher butcher shop because he felt he couldn't be competitive among the many kosher butchers around at the time. He never tasted the products he sold. I also remember visiting his apartment where we watched Spiderman together (and I watched him eat sardines). When I was three, Zaida Hymie moved into the Sharon Home on Magnus Avenue. I have vivid memories of visiting him there. It was my introduction to an institution that still figures quite prominently in my life.

I was born in 1979, the youngest of four brothers. Jon, Jeff, Brian, and I were blessed to be raised by our parents. My Dad was born in Shaunavon, Saskatchewan, and moved to Winnipeg for university. Now retired, he worked as a chartered accountant, and served the community on the boards of the Simkin Centre and Jewish Child and Family Service. My Mom was born in Winnipeg and worked as a school social worker, and served about five years as a city councillor. She was (and still is) very active in community life both in the Jewish community and the general community. Among the many Boards she served on, she was the President of JCFS and remains very active in the interfaith community.

Together, my parents made a loving home on Queenston Street for my brothers and me. We celebrated the holidays, ran around the neighbourhood with friends, and enjoyed summer trips to Detroit Lakes and Crow Lake. When I was nine, my parents bought a cottage in Winnipeg Beach and I spent a number of summers as a camper and then a counsellor at Winnipeg Beach Day Camp. (I went to Camp Massad for one summer. I liked it, but let's just say I'm not an overnight camp sort of person.) I played the accordion (note the use of the past tense) and enjoyed soccer and tagging along with my brothers.

I started school at Torah Academy before moving to Ramah School and then Joseph Wolinsky Collegiate, from where I graduated. My JWC years were formative and inspiring. I had leadership opportunities as Student Council President, and I was the manager of the varsity basketball team for two years (during which we won a grand total of zero games). Most important, JWC was where I started to refine my passion for Jewish learning and community service.

In our household, with my parents as models, ignoring community service was not an option. At JWC, I was one of a group of high school students who served as volunteer pall bearers when the deceased had few people in their lives. It was one of the most important mitzvot I have ever performed. I went on to become a volunteer shopper for an elderly couple through JCFS. And volunteerism is still an important feature of my life.

After graduating from JWC, I earned my Bachelor of Arts degree and then my law degree from the University of Manitoba. I became active with the Jewish Federation, the Rady JCC, the Jewish Heritage Centre, and the Simkin Centre. At the time of writing, I am on the Board of the Jewish Foundation of Manitoba and have served on the Scholarship and Special Awards Committees.

After graduating from law school, I took term positions with the provincial government before joining a private firm to practise family law. After several months of practice, I had a major health scare that turned out to be a gift in a way. A benign tumour had formed on my pituitary gland, and it had devastating — but fortunately temporary — consequences on my vision and well-being. The doctors said I was lucky to be alive.

I was off work for 10 months. I used the time to figure out what I really wanted out of my career. When I was well enough to work again, I went to the Simkin Centre as the Spiritual Care Coordinator while the Centre's rabbi was on a leave. I also led services, which I still do to this day. When my term in Spiritual Care ended and I was feeling well enough, I went back to law. In 2010, I took a position with the Manitoba Real Estate Association as Director of Professional Standards, a position I still hold today.

Jewish life is at the centre of my being and it is enriched by my beautiful family. I began dating Ilana Abrams just before I started law school. She called me for our first date (she had to call twice because I didn't get the first message). Our values were clearly similar and this was a match that was meant to be. We were married in 2003 and our children — Adam and Danielle — were born in 2008 and 2011 respectively.

We send our kids to the Gray Academy and our home is rich with Jewish rituals, songs, and stories. As a husband, father, professional, and as a volunteer, my values are shaped by Jewish ideas and ethics. This brings me great joy and adds immense value to my life. This is why I am proud to participate in the Endowment Book of Life program. By investing in the future and by sharing my story, I hope to inspire others — especially my children — to find their Jewish voice.