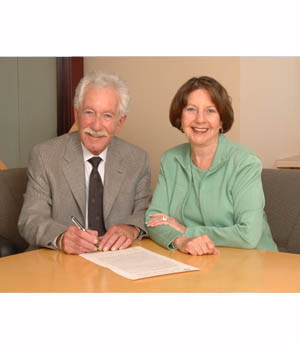 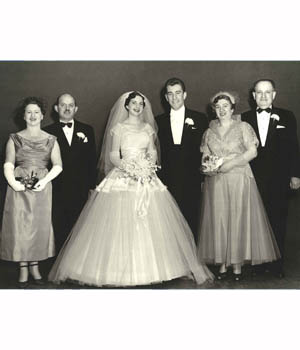 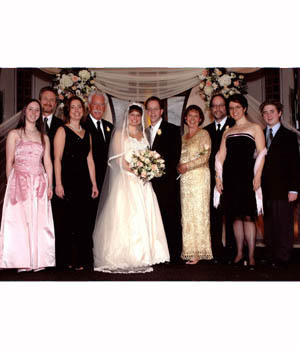 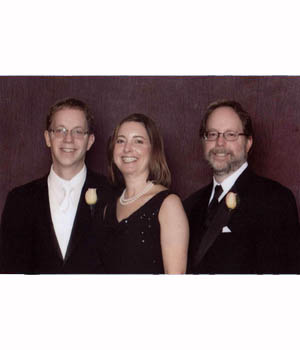 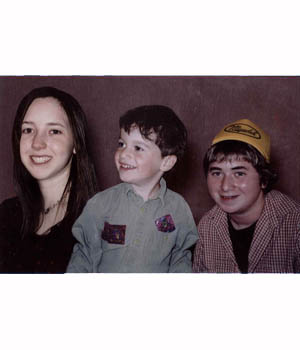 Sondra and Arnold both grew up in the North End of Winnipeg and both had the advantage of being raised in loving homes with the support of parents and extended family.

Sondra's father, Alex Werier, emigrated from Odessa, Russia to Canada as a young child. Her mother, Ada Broder, was born in Glasgow, Scotland and was the third oldest of nine children who was deserted by their father when their mother died in childbirth. Thankfully, all nine children were brought to Canada by Jewish Child and Family Services of Montreal.

Times were difficult back then and Ada's education stopped at the age of 12, at which time she began working in the mail order department of Eatons. Ada met Alex when she traveled to Winnipeg with a friend for a wedding. Ada and Alex fell in love, married, and celebrated 63 years of marriage together. Their union produced three children, Lawrence, Mona, and the baby of the family, Sondra.

Both of Arnold's parents were born in Russia. His father, Max Rice, was not a rich man and worked in the fruit and vegetable jobbing business. Arnold's mother, Anne Sorin, was a fine woman, generous and loving. Their marriage produced four children: Clarice, Debby, Sandy and of course, Arnold. Arnold recalls having a lot of fun growing up, even though the six of them often shared a one-bedroom apartment.

Sondra and Arnold's childhoods also differed in many ways. As the youngest in her family by several years, Sondra may have had an easier time than both her siblings, and Arnold, for that matter. She attended Champlain and Machray Schools and was active in a variety of social pastimes including figure skating. Sondra enjoyed a very active social life as a member of the Gabalots Group at the Y, a cheerleader at St. John's Tech, a drum majorette at university, and president of the IOTA Alpha Pi Sorority while a Home Economics student at the University of Manitoba. A university education was very important to Sondra as her mother was denied an education at a young age.

Upon graduation, Sondra worked in the drapery department at the Bay, leaving the job when she was overlooked for a management course because she was a woman. She also worked for Mayor Chaim Kushner in West Kildonan.

Arnold's life was different. While loving and happy, his was not an affluent family and Arnold left school and home after grade 10 to begin to earn a living. He hitchhiked to British Columbia where he held an assortment of jobs including working in hotels, a gold mine, and finally on the railroad.

Sondra met Arnold when he was a driving instructor for the Joe Vine Driving School. He noticed her standing at a bus stop one winter day and thought she was cute. He offered her a ride downtown which she gladly accepted. However, it was not until two years later, on Sondra's 18th birthday that they went out on their first date. They had an on and off relationship for a number of years and Arnold jokes that the reason he came back to Winnipeg from Vancouver was to find Sondra.

Sondra and Arnold were married in 1954 at the Shaarey Zedek Synagogue and then had the first wedding reception ever held at Glendale Golf and Country Club. Their marriage has produced three children, a daughter Jodi, and twin boys, Michael and Marshall. The early years of child rearing were very busy, particularly for Sondra, as Arnold was often out of town where he earned a living as a traveling furniture salesman.

Arnold eventually grew tired of the road, missed his family, and started Modern Age Furniture in Winnipeg's Exchange District in 1968. The business was very successful, due in no part to his then revolutionary idea to rent out furniture to model homes. Arnold retired, in 1985, at the ripe old age of 56.

Since their retirement, Arnold and Sondra have traveled extensively and have participated in the Jewish National Fund work/travel program in Israel. For many years they also escorted seniors' tours around the world. Both love to play bridge and golf, and spend most of their winters in Palm Springs. They always return to Winnipeg in the spring where they enjoy the company of people they have known their entire lives. They would not want to live anywhere else!

They are sorry to see that the size of the Winnipeg community has dwindled so much from the time when they were young, and are pleased to see the influx of immigrants in recent years. Their son Michael, who is the Director of Research for the Manitoba Court of Appeal, is married to Michele and they have two children, Joshua and Eva. Arnold and Sondra's two other children live in Toronto and they visit them frequently. Jodi is a registered nurse and is married to Bill Bernstein. They have two children, Amy and Shawn. Marshall is a Ph.D. and is a professor at the Shulich School of Business at York University. He is married to Anne Segal and they have a son, Jacob.

Sondra and Arnold are happy to be able to give back to the Winnipeg community with their "promise".