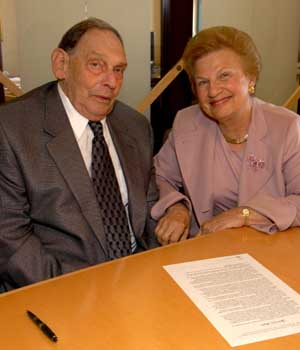 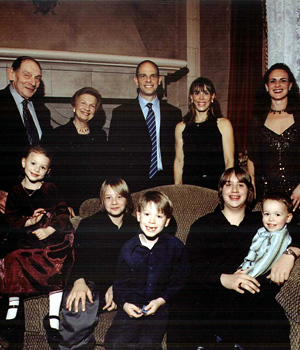 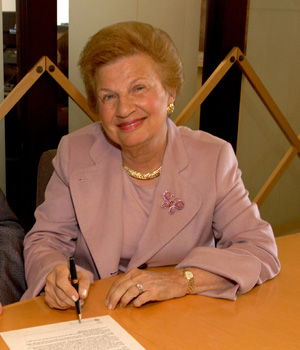 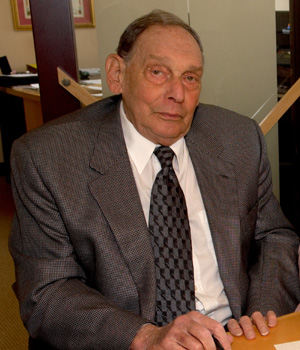 Our family history begins in Winnipeg with the arrival of Marty's parents, Ethel and David Cohn, from Russia. Initially, David Cohn was a farmer in Dugald, Manitoba. He worked with the Canadian Jewish Congress to settle Jewish families on farms. He would determine the value of the available farmland, asses the benefits for individual families, purchase the land and then assist the families in developing the land on their own. David then became a partner in a successful fur dressing business.

Marty inherited his father's love of farming and became a hobby farmer. He entered the fur business and gained a reputation as an excellent fur processor. He eventually took over the family business, now called D. Cohn Trans Canada Ltd.

David and Marty both contributed generously to many community organizations, projects and fundraising events. When Marty was young, the family lived across the street from the Jewish orphanage and David served on the orphanage board.

Marty received his formal education at Luxton School and St. John's Tech and then intermittently at the University of Manitoba. He served overseas with the army for two and a half years.

My mother, Paddy Katz, came from Selkirk, Manitoba and my father, Bill Katz, came from Yedenitz, Russia. My father also was a successful businessman and was very involved in the Jewish community. My parents were positive role models and gave our family a strong sense of the importance of tzedakah. Bill was one of the founding members of the Rosh Pina Synagogue and later served as its president. The synagogue was his second home. Influenced by his commitment to the Rosh Pina, I participated in a group B'nai Mitzvah later in life.

I met Marty in 1953 and we were married in 1955. We were fortunate to enjoy a good life together with our daughter Susan and son Lorne. Susan now has two sons, our grandsons Thomas and Michael, and Lorne and his wife Miriam have three children, our grandson Matthew, our granddaughter Sydney and our grandson Noah.

As a family we have been committed to community and deeply tied to our Jewish roots. We have been determined to provide strong role models for our children and grandchildren to ensure that they respect and value their Jewish heritage.

I followed in my father's footsteps by being a volunteer. I once heard a Rabbi speak at a synagogue and she said, "We express who we are by what we value and by the way we use our time. Time is the most precious, limited irreplaceable resource we possess." I always believed, thanks to my parents' example, that the best way I could give of my time was to be a volunteer for the Jewish community and the State of Israel.

I volunteered for over 40 years in numerous organizations in our Jewish community and for Israel. I was active in the Hadassah-Wizo organization of Winnipeg, and held many positions from canvassing to co-chairing the Women's Combined Jewish Appeal (1983-84), to name a few. With my long time partner in community activities, Brownie Fleishman, I received the Max and Molly Shore Award in 2000 and the Women's Combined Jewish Appeal Award a few years later.

Over the years, our children, Susan Cohn in Winnipeg and Lorne Cohn in Toronto, have followed our family values and have continued to carry on the tradition of community involvement.

Like others, by signing the Endowment Book of Life, it is our hope to be able to assist the Jewish Foundation of Manitoba in continuing to reinforce and develop the culture landscape of our Jewish community. We feel privileged to be able to add to this legacy of keeping the community alive and full of opportunity for future generations.