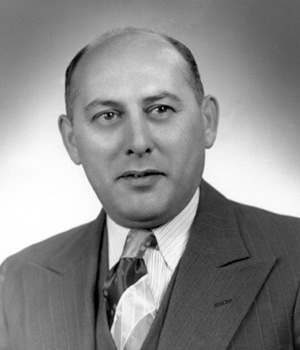 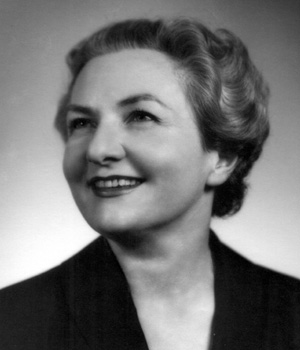 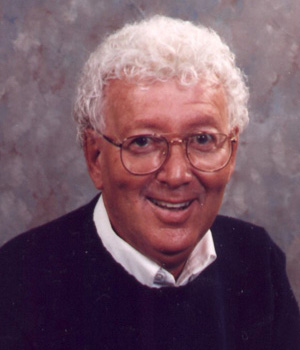 I My father, Louis Trepel, was born in Odessa, Russia in 1903. He died in 1957 at age 54 from a heart attack. He came to Winnipeg, Canada when he was about 15 years old, where he had two older brothers and two sisters. He was a traveler and worked very hard for 25 years — until his death. My mother, Sadie Shein, was born in Regina in 1912. In 1958 she, as well, died from heart problems at the young age of 46. They met while my father was travelling on business in Regina and were married in 1935. I was born in 1937 and my sister, Isabel (Ellerby) was born in 1940.

Growing up, I attended school at Champlain, Machray and St. John's Tech, all in the north end of Winnipeg. I was not a great student, but I loved sports. Some of my teachers from Machray and St. John's Tech told me I would amount to very little because of my lack of interest in the academic fields. I was also a member of both the Young Judah and The ARBS groups at the Y.M.H.A. and again, I loved and excelled in all levels of sports.

My parents were members of the Rosh Pina and I was bar mitzvahed at the Ashkenazi on Burrows.

I attended United College (University of Winnipeg) and the University of Manitoba, where I was in Pharmacy. Due to the early death of my parents, however, school held very little meaning for me.

I was married on September 27th, 1959 to Marilyn Moss, the love of my life. I met Marilyn at the University of Manitoba in September 1958 and loved her from the moment we met in the Elizabeth 1 John Dafoe library. Our marriage and love affair has only improved over the last 41 years.

In December 1958, my late father-in-law, Ben Moss, asked me to come in and help at his Ben Moss Jewelers store over the Christmas season. Ben Moss founded the Company in 1910 and up until his death in 1962, there was only the one location on Main Street. My late father-in-law was highly respected in the jewelry industry.

I was 24 years old with many responsibilities when I took over this one store operation and developed it into a chain of 18 stores throughout Winnipeg, Edmonton, Calgary, Red Deer, Regina and Saskatoon. I had no father, brother or partner to assist me in my undertaking and I worked 7 days a week. I was always on a plane rushing from one city to another to provide for my family. I had a dream and a vision, which I accomplished, to take Ben Moss Jewelers across Canada.

From 1981 to 1984 my health deteriorated and I suffered a heart attack, a ventricular tachacardia and a stroke. I credit my friend Dr. Robert Corne, and Dr. Floyd Loop (Cleveland) with my successful open-heart surgery, as a result I'm still here to tell my story. I credit my tremendous will power and "5 D's" — Drive, Desire, Determination, Dedication and Do It! for a 95% recovery in spite of being diagnosed as one who would never walk again without an aid, and I credit my wonderful wife for helping me to be a fighter and a winner!

In 1980 my son Louis came into the family business, followed by my son Brent in 1986 and my daughter Sindee in 1987. In the year 2000, Brent is currently the Company C.E.O. and President, Louis is the Vice President of Marketing and Sindee has devoted herself to being a full time mom. All three children sit on the Board of Directors, along with my wonderful wife Marilyn and I am proud of each of them.

As we end the year 2000, Ben Moss Jewelers will have 43 stores across Canada. And, as Chairman ... Respect Deserves Respect.

Thanks to my wife, Marilyn, the greatest in my life - my wife is my life.