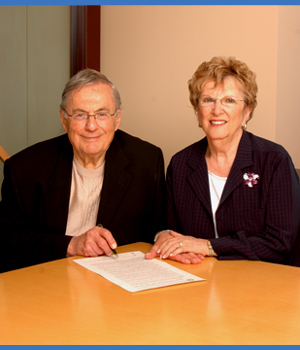 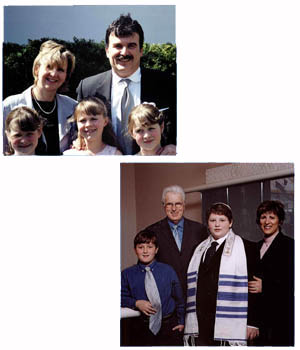 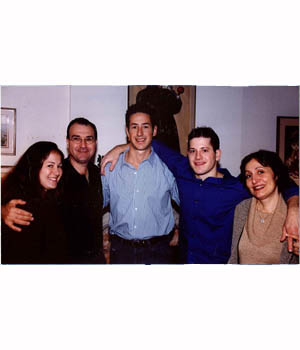 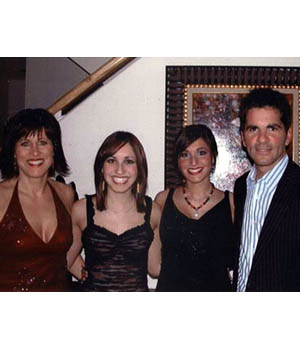 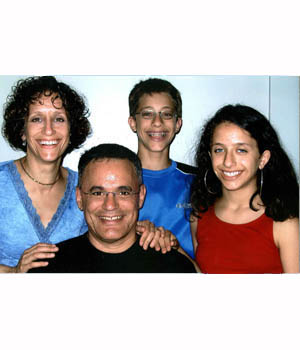 Although Shirley Wasserman and Mel Neuman both left their hometown of Regina decades ago and settled comfortably in Winnipeg with their respective families, it was Regina that eventually brought them together. More specifically, it was a common friend who, knowing that the widowed Mel and the divorced Shirley both had come from Regina, fixed them up on a blind date back in 1989 figuring that if nothing else, they would at least have that in common.

Since that momentous date, and the 15 years of marriage that have followed so far, Shirley and Mel have realized that they have much more than their hometown in common - including a love of family, community and of their adopted home of Winnipeg.

Shirley was the youngest child, by 13 years, and only daughter of William and Jenny (Girtle). In Regina, William, a Russian immigrant, operated Williams Men's Wear. When he passed away in 1939 and Shirley was only eight, three of her four older brothers took over the business. Shirley's mother, Jenny, had been born in Winnipeg as her father, Hersh Girtle, had come to Canada to help build the railroad. She was a frail, good-natured observant woman who rarely complained. She lived to be 100.

Growing up in Regina, Shirley attended the Talmud Torah and was involved with Young Judea. She had many non-Jewish friends in high school as she was active in sports and other student activities. After high school she came to Winnipeg for university, as at the time there was no university in Regina. She returned home after two years to care for her then ailing mother, but returned to Winnipeg to marry her first husband in 1953.

They had two children. Michael Shaen is now a lawyer, business consultant and father of three daughters in Toronto, and Debra Shaen Walker, is a mother of two sons in Winnipeg. While her children were young, Shirley was a stay at home mom who pursued many of her own interests, including tennis and volunteering. She was very involved with Ramah Hebrew School, where her children attended, setting up the first library there. She also was active with National Council of Jewish Women, the Shaarey Zedek Synagogue Sisterhood and gift shop and as a fundraiser with various other charities. When her children were older Shirley began working at Eaton's. She and her husband divorced in 1985.

Shirley was on her own for three years until, as she recalls with a smile, "Mr. Wonderful" came along.

Mr. Wonderful, aka Mel, was the middle child born to Romanian immigrants Moses and Minnie (Rosenvich) in the Saskatchewan town of Govan. Moses ran a general store there, but moved his family to Regina in 1927 when Mel was two, to open a store in the city. Moses was a kind, friendly good humoured man, while Minnie was more subdued. She kept a kosher home and with her husband regularly attended synagogue.

Mel was a very dedicated student at Hebrew and at public school, where he skipped ahead one year. His parents had always told him to do well so that he could get ahead in life, and that is what he did. After high school he ran his father's store for one year and then joined the Air Force at 18. At war's end, Mel enrolled at the University of Saskatchewan, receiving his B.A. and LLB, and posting the highest marks in his faculty. He then received a Harvard fellowship, graduating with a LLM in 1951.

Mel returned to Regina to practice tax and corporate law. He met his first wife, Ruby Arron, on a blind date in 1950. Ruby was a Winnipegger who had lived in Regina for a few years but was on the verge of returning to Winnipeg with her parents. She married Mel and ended up returning to Regina, a city she did not like. Mel and Ruby finally moved to Winnipeg when Mel received a partnership offer in 1963. By then he was a well known lawyer in Regina, having recently won a major expropriation case.

Although Mel had to start fresh in Winnipeg, it did not take him long to establish a name for himself here. He co-edited a corporate law book and piloted the bar admission course, and in 1968 was appointed a Q.C. He was involved in the community, serving as president of the Herzlia Synagogue and as director of Age and Opportunity Centre, among other pursuits, and he and Ruby enjoyed a good life. In 1974 Ruby developed cancer and passed away in 1988.

Today Mel and Shirley spend time visiting their children and grandchildren in their various locales, wintering in Palm Springs and playing bridge. While Shirley loves to golf, Mel can be seen doing his regular exercises and three mile power walk around the campus track five days a week. He has been a devoted member of the YMHA and Rady Centre since he first moved to Winnipeg more than 40 years ago.

Shirley is particularly proud of the way her children have turned out and is grateful for all the support she received from them and from many close friends during difficult times. As for Mel, he boasts that Ruby Arron, and then Shirley Wasserman, have been the two closest friends he has ever had - and he has Regina to thank for bringing both of them into his life.