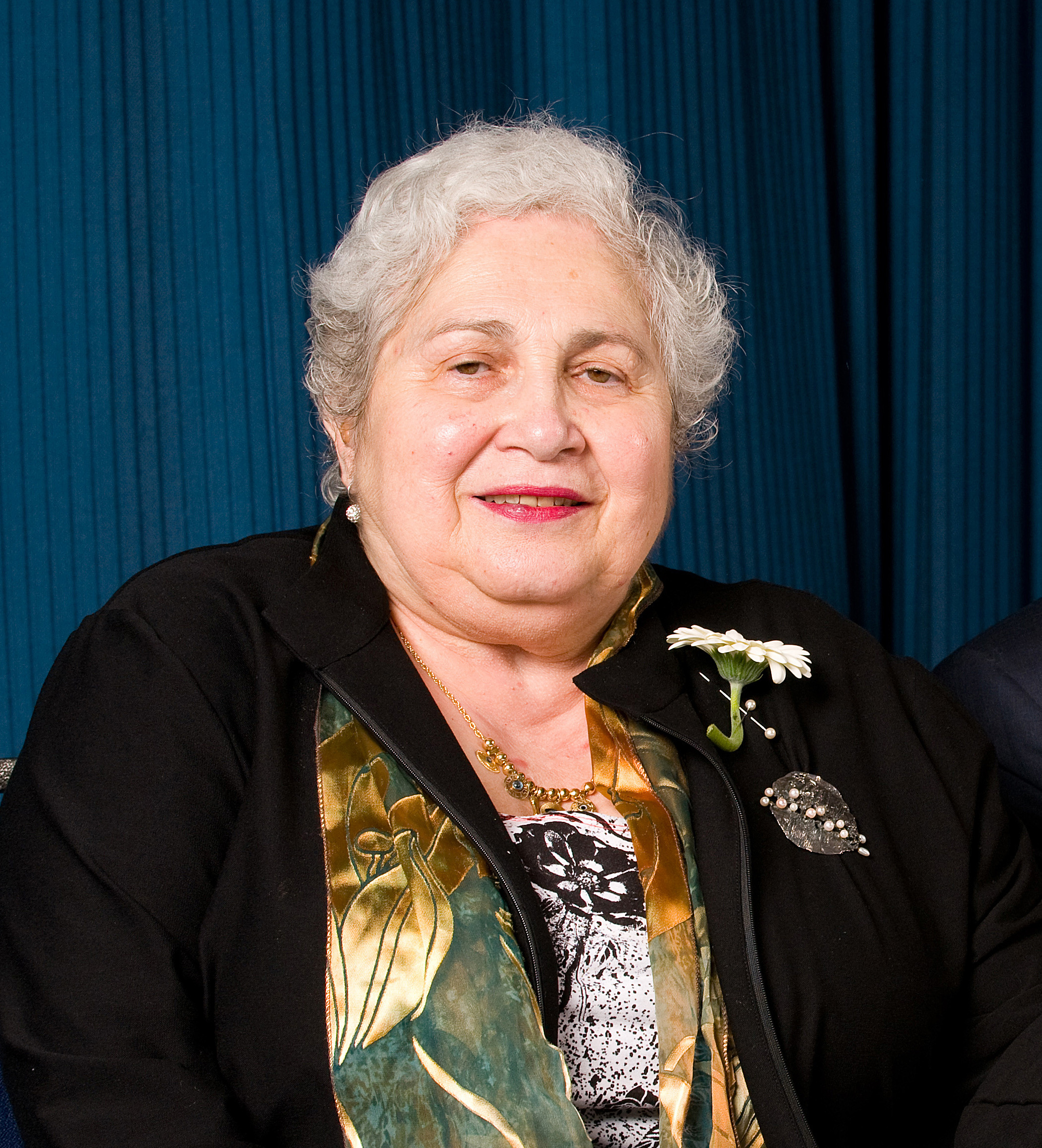 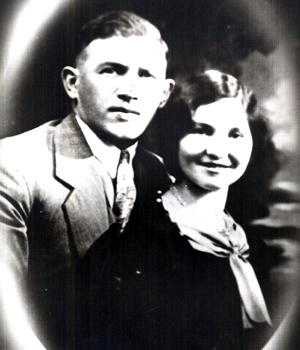 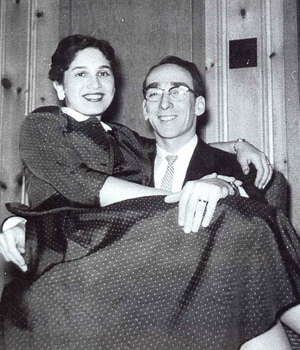 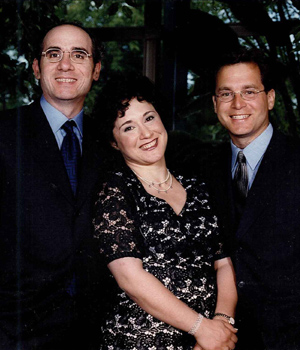 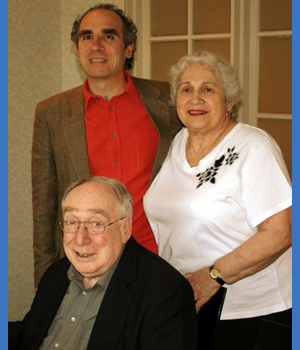 The Permack's daughter Sharon with Rachel and Noah (inset)

My parents were Doris (Berkal) and Hymie Margolis. My mother's parents, Sora Riva and Shimon Berkal, came from Lithuania, and my father's parents, Rachel and Moishe Margolis came from Russia. Their families endured the persecutions and discrimination that many Eastern European Jews were suffering, and they sought refuge in a new land, sponsored by their relatives who preceded them to North America. My father came to Winnipeg in 1923 and my mother in 1925. They typified the immigrant experience, arriving without any possessions and integrating into the workforce at the most basic level. My father participated in the development of his adopted country by working on the railroad, then acquiring jobs as a painter and a baker. Determined to learn the English language, my mother spent a year at age 18 in grade four at Strathcona School and then was employed at Art Mending performing the difficult and painstaking job of invisible mending on clothing. My parents married in 1931 and settled into a one-room apartment in the town of Transcona where my father started a fruit peddling business and later a corner store called the Transcona Fruit Home. I was born in 1932, followed by my brother Neil in 1936 and my sister Liba (Stillman) arrived in 1938. In 1949, together with his brothers, Max and Major, he purchased Dominion Lumber.

Growing up, life inside my home was warm and filled with laughter and Yiddishkeit. But outside the home, life was difficult. In this non-Jewish environment, I always felt that I was an outsider, and I deeply felt the slurs and segregation that were typical of the anti-Semitism of that era. Friendships were often difficult and complicated.

As I got older, I would go into Winnipeg travelling by bus to the corner of Higgins and Main across from the Royal Alexandra Hotel so I could attend Young Judea. Sundays were also spent in "the city" in order to visit my grandparents; we travelled as a family on the back of a fruit truck driven by my father over a bumpy, gravel road. On Yom Kippur and Rosh Hashanah my family attended the Ashkenazi Synagogue and I remember sitting in the hot stuffy balcony on my baba's lap since there were not enough seats. In order to learn Hebrew, my father's delivery man would pick up the teacher, Mr. Levant, in Winnipeg and bring him to our home. I made tea for Mr. Levant while we learned to write Yiddish and read from the siddur to ensure the basics of a Jewish life. The language, religion and traditions of Judaism were beautiful and meaningful to me, but I suffered in our small town because of my Jewish heritage.

Relief came at the age of 15 when our family moved to Winnipeg and I attended St. John's Tech and the University of Winnipeg Collegiate. Suddenly life was "normal" and I quickly made friends, many of whom would become lifelong friends. I attended Success Business School and then worked for Manitoba Medical Services. I met my loving husband David in 1954 when my mother suggested that I ask him to a friend's wedding. I have been fortunate to have been president of the Kinneret chapter of Hadassah and ORT Ramah chapter in Winnipeg.

David and I have three children. Sheldon is a family practice physician in Winnipeg with three children, Daniella, Laurie and Zev. Our daughter Sharon lives in Toronto where she teaches children with learning disabilities. She has two children, Noah and Rachel whose painting with the quote "I admire those who wake up each morning and find a reason to smile" greets you as you enter our home. Our youngest child Michael works with commercial real estate in Calgary where he lives with his wife Francine and they have three children, Mika, Ariel and Peter.

I am fiercely proud of my family, my community and Jewish heritage. I am grateful for the wonderful life and opportunities I have experienced in Winnipeg. By participating in the Endowment Book of Life, David and I are demonstrating a commitment to the future of our community. Our wish for future generations is that they will continue to be supporters of the community.