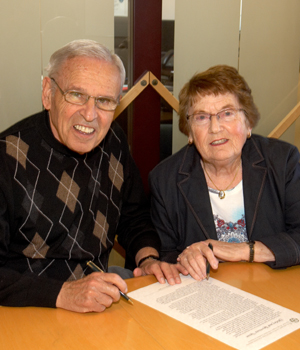 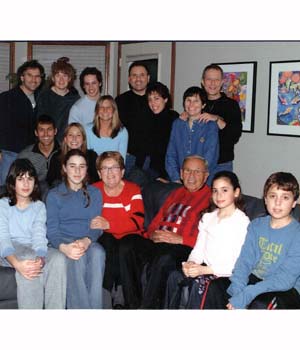 The Nezon Family all together! 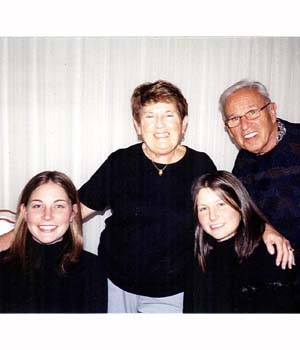 The Nezons love to spend time with grandchildren 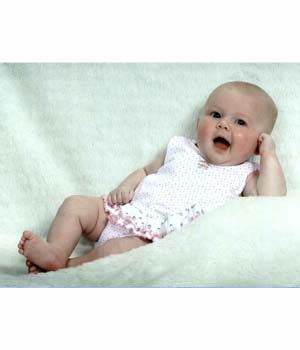 The Nezons are proud of their first great-grandchild, Elyse Gabriella

Shirley and Lawrence Nezon devoted their lives to the raising of their family and now take great pride and pleasure in the achievements of their children and grandchildren. They are thrilled, as well, to have recently welcomed their first great-grandchild.

Shirley, born in 1929, was the daughter of Fanny and Jack Berlin. Fanny, who was born in England and came to Canada at 34 years of age, was a kind and good natured woman who dedicated her life to caring for her son and two daughters. Jack, who had emigrated from Russia, worked as plumber in his family's business, Berlin Plumbing and Heating. He also raised pigeons and canaries as a hobby. Shirley grew up on Alfred Avenue. Although her family was poor, they were happy. Shirley attended William Whyte and St. John's Tech. She was active with Young Judea and remains, like her husband, a life long Zionist.

Lawrence's parents, Sophie and Yisrael, were also immigrants from Russia. Yisrael came first and sent for his wife and his brothers after he was established. He worked as a carpenter with CN Railroad and was active with the B'nai Abraham Loan Society. Sophie looked after her four children and their Flora Avenue home, but also was an extremely active community volunteer. She was involved with Pioneer Women, and was one of the founders of the Chesed Shel Emes. A vibrant and giving person, she was often seen going door to door collecting money for charity.

Shirley and Lawrence met in 1946 on the train to Winnipeg Beach. They were married 10 months later when she was 19 and he was 23. When they were first married Lawrence worked as an electrician at CN. He then spent 20 years in the fish business before joining Lakeview Properties, and eventually buying into Lakeview Lease Holds. He was fortunate to be able to retire at age 52. Shirley stayed at home to care for their children, Elaine (1951), Errol (1954) and Jeff (1961). Their first home was on Burrin Avenue in Garden City. They later moved to Vanier Drive, where they still live.

Shirley and Lawrence were members of the B'nay Abraham Synagogue for many years. Once their children were grown, they began traveling extensively. They have been to Israel a few times, and have enjoyed nine different cruises and several other organized tours to destinations around the world. Until recently, they spent winters in Florida, playing tennis and golf and enjoying the company of many friends. Now that they are in Winnipeg during the winter they make a trip to the Wellness Centre a part of their daily routine.

Shirley and Lawrence have appreciated living in Winnipeg and the good fortune that they have enjoyed in their lives. They believe that the Winnipeg Jewish community was an ideal place to raise children and they hope that it will continue to thrive. They have always been proud of being Jewish, and are pleased that their children are all active in their respective Jewish communities.

While all three children are graduates of the University of Manitoba, only Elaine lives in Winnipeg. She is married to Alan Borodkin. Errol, his wife Rhonda and daughter Dana, as well as Jeff and his wife Janet and children Rebecca, Joshua and Sara, all live in Toronto. Jeff is an engineer and Errol is a pediatric dentist. Elaine's daughters, Adena and Kera, both married, live in Winnipeg and Minneapolis respectively. Kera is a teacher and Adena, like her uncle, is a pediatric dentist. She is also the proud mother of Shirley and Lawrence's great granddaughter, Elyse Gabriella.