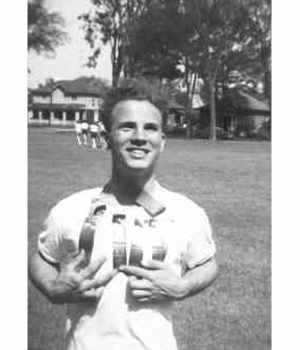 Shep running in Brantford as a 16-year-old 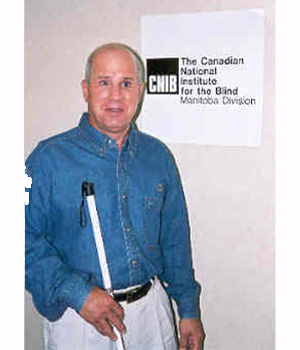 Speaking on behalf of the CNIB 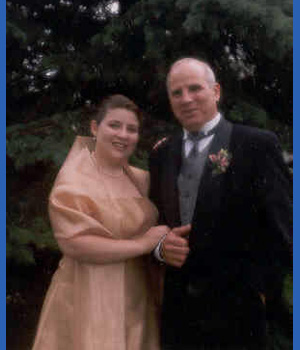 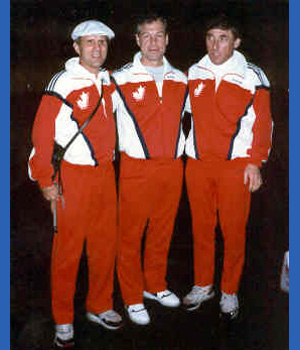 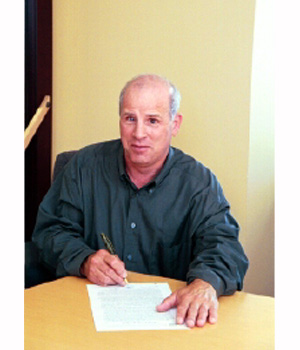 Sight and vision are two separate senses. I believe that I was born with the latter but not the former. Born blind in 1946 just outside of Bergen Belsen, Germany, to Gregory (Gershon) and Etzia, both concentration camp survivors, I spent the first two years of my life in an orphanage as my parents had separated and my father could not take care of me. A German nurse took an interest in me and was able to convince a German doctor to attempt a radical surgical procedure, which provided me with the ability to see shadowy figures. Margaret, the nurse, was a widow with a young son. In 1949, she and my father married and the family moved to Canada and settled in Winnipeg one year later.

Surprisingly my parents did not suffocate me because of my blindness and they allowed me to attempt to find my way as a five-year-old. Schooling for me was more than an educational challenge. As a blind student there were no options in the public school system in Winnipeg, so as a six-year-old I boarded a train for Brantford, Ontario, to begin my first of twelve years spent at the Ontario School for the Blind. Not having the financial resources to return home throughout the school year, I spent ten months each year away from home. Brantford was the place that taught me survival skills and how to exist in the greater community. It was not a religious school per se, but did operate under the assumption that all students followed some form of Christianity. After my first year at school my parents realized that I was being exposed to Christianity and quickly informed the school that I was Jewish.

This information was passed on to the Brantford Jewish community and for the next eleven years I was adopted and cared for by this community. All of my Jewish life-events were centered around Brantford, the community that hosted my Bar Mitzvah, and taught me about Jewish holidays and traditions. The Brantford community is the reason that I feel strongly about my Jewish faith and culture.

In 1964, I returned to Winnipeg full-time and entered Garden City Collegiate to complete grade twelve. This was a real experience as I tried to integrate into a regular school setting. The fact that physical education was a daily activity in Brantford and that I had good co-ordination allowed me to become involved in school athletic activities which aided in my acceptance. The transition from Garden City Collegiate to the University of Manitoba was another challenge as every institution I entered was ill prepared to deal with my visual disability. Coupled with these challenges, my stepbrother died and my family was devastated.

In 1970, I married my former wife, Sharon Silver. We have a beautiful daughter, Melanie, who has and continues to bring a great deal of joy and pride to me. As a child, Melanie accompanied me to many of my athletic competitions and she developed a great compassion for all people with disabilities. Melanie's strongest attributes are her great determination and intellect to accomplish her educational and personal goals. Melanie is now married to my son-in-law, Daniel Moscovitch.

Athletics is the area in which I feel the greatest source of personal satisfaction. I recognize that I was blessed with a survivor's spirit that allowed me to couple my athletic ability with my desire to open new avenues that were previously not available to blind people. Marathon running, cross-country skiing, wrestling and cycling were the fields that drew my most intense interest. Manitoba, Boston and New York were some of the city marathons that I participated in, which led to my eventual running in Seoul, Korea, at the Para-Olympics.

Not surprisingly, The Canadian National Institute for the Blind has been an integral part of my life for the past fifty years. My involvement as an adult has been as a volunteer, which culminated in being Chairman of the Board of Directors in 1995-96. I am often called upon to be a spokesperson for the Institute. In addition to my work as a motivational speaker, I also spend my time speaking as an educator about the holocaust, and volunteer for the United Way. My next goal is to visit Europe and Israel to gain first-hand exposure to parts of my heritage that are important to me.

When people read this story I don't want them to focus on the challenges in my life. More importantly, I want others to appreciate the life they were given, recognize that it is important to strive to be successful, and to continue to dream and work to achieve those dreams.