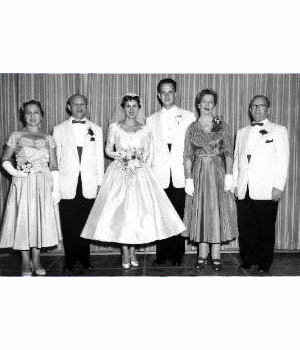 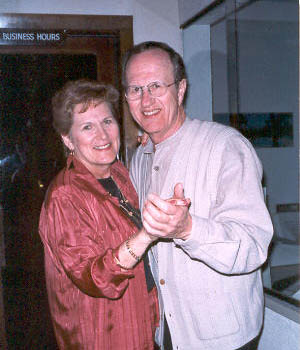 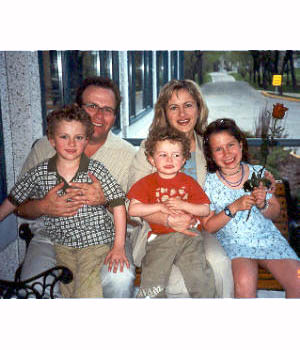 Jeff and Jane with Justin, Matthew and Haley 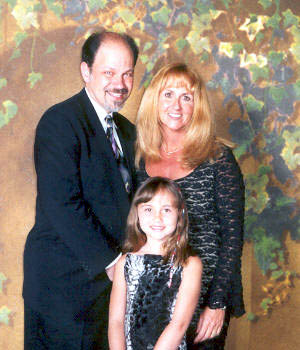 Irene and Alex Zimmer with Emily 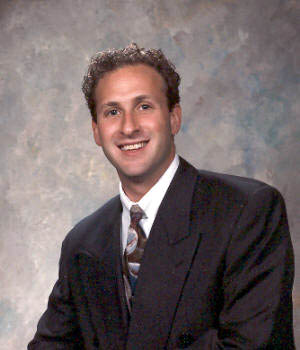 Shakespeare said, "let us be separate in our togetherness." Sheila and David have already celebrated 47 years together but both have their own story to tell before it intertwines.

Sheila (Pitch) remembers growing up in Roland Manitoba in the community's only Jewish family. She along with her brother Earl attended Sunday school so that the other children would not ostracize them. William H. and Molly Pitch, her parents, felt that this would be most beneficial for their children to be part of the general community, however, when Earl was ready to have a Bar Mitzvah the family moved permanently to Winnipeg, first to Bannerman Avenue and later on to Scotia Street. Coming from a rural school to Luxton School Sheila was behind educationally but recalls a Miss McNeil who took her under her direction and quickly caught Sheila up to the rest of the students. Not socializing with Jewish children for the first seven years of her life, it took her awhile to break in. As she progressed from Luxton to St. John's to the University of Winnipeg (United College) her circle became more and more Jewish. Although she liked school, her fondest memories were as a member of the "Blossom Juniors" at the Y. In 1952 she was "Miss Y" - her talent was the piano. Moving on to study Home Economics at the University of Manitoba Sheila was later on selected as the "Sammy Fraternity Sweetheart". This is when David Rabb arrived on the scene.

David Rabb is the only son of four children (Rose Rosen, Ethel Hoffer, Merle Schwartz) born to Louis and Irene Rabinovitch. Arriving in Winnipeg on his own, from Russia, Louis quickly developed his entrepreneurial spirit. Quiet and hard working Louis drove a meat wagon eventually establishing a wholesale meat business, a public abattoir and other commercial enterprises. Not very religious in nature he married Irene (Margolis), also from Russia, who David describes as "the glue that held the family together". The family started on College Avenue but soon moved "south" to Elm Street. David remembers growing up in a non-Jewish milieu, but always knowing that he was Jewish. His involvement with the YMHA, family observance of the High Holidays and Passover solidified his Jewish identity. An excellent student throughout public school, he went to university and discovered the social scene. It was this discovery that brought Sheila and David together. Sheila was selected as "Sammy" sweetheart but she was dating a "ZBT". David was "elected" to ask Sheila out on a date. After a couple of failed attempts to bring them together, they finally dated and the rest is history.

David was still at University studying at the Masters level before starting the study of law, after the first year of study they decided to marry and David went out to work. He began a career with his brother-in-law opening automatic car washes in Western Canada and marketing automatic car and bus wash systems as well as numerous other types of specialized equipment. After a successful career, the business was sold and David started his next career in real estate.

Sheila and David have three children, Jeff (Jane), Irene (Alex Zimmer), Ian, and four grandchildren. They are proud of all their children's accomplishments and feel that the children have become model adults, model citizens and model Jews. Both Sheila and David believe that they had excellent teachers on how to be good parents from their own parents. Their parents led by example on how to parent as well as how to teach about generosity. In both families Judaism, support for Israel and the belief in community generosity was practiced on a regular basis.

Sheila and David hope that when their grandchildren read this story they will smile about all the positive memories. They want to be remembered as parents and grandparents who taught proper values towards family, Judaism and community.