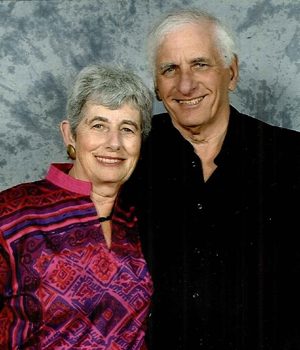 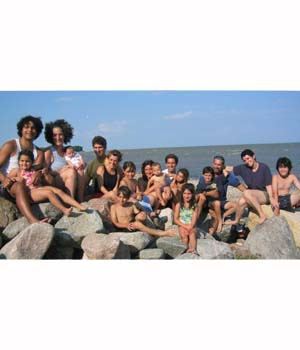 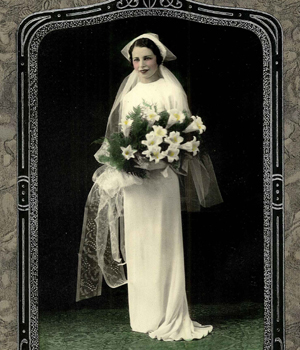 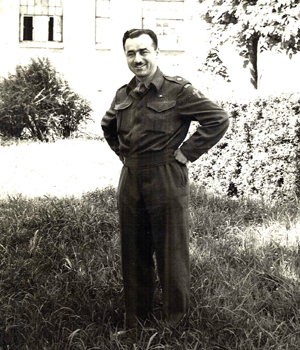 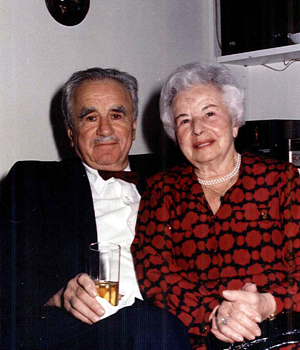 Sheila and David on their wedding day in 1958

I was born in Weyburn, Saskatchewan on December 16, 1937. My parents, Ethel and Maurice (Moe) Pierce, lived in Stoughton where my father, a doctor, practiced after their marriage on September 15, 1935. My father was born in 1910 and came to Canada from Poltava, Russia with his parents Beryl and Esther (Neaman) Pierce around 1912. My Zaida Beryl was a furrier (Pierce Fur located in the Peck building). My mother was born in Bessarabia in 1909 and came to Canada with her parents Morris (Moishe) and Sarah (Winestock) Resnick in 1912. My Zaida Moishe was a tobacco farmer in Russia and a hat maker in Winnipeg. I never knew my Baba as she died before my mother was married. My Zaida could hardly move because of severe rheumatoid arthritis but would often tell me stories of his early life in Russia and in the army. My dad had seven siblings and my mom had three.

When I was about nine months old my parents and I went to England where my dad began his specialty training. We were there when the war broke out on September 1, 1939 and luckily made it back to Canada. My mother and I were due to leave on the Athenia but our landlord, who was an old sea captain, advised us to wait until convoys were organized. Luckily we cancelled our reservations and waited to leave with my father. The Athenia was torpedoed and sunk on September 3, 1939 before reaching Canada.

Once back my father enlisted in the Canadian Army. He practiced in Kamsack, Saskatchewan until he was called up and stationed in Dundern. We lived nearby in Saskatoon at the Bessborough Hotel, which billeted army families, until he went oveseas in 1942. From then until the war ended in 1945 my mother and I lived with my Pierce grandparents and my three young aunts, Patty, Gert and Brownie, at 354 Stella. I have fond memories of my Baba and Zaida then and later. I attended Aberdeen School where I remember bringing money for Canada Savings Bonds. Later I attended Luxton for grades 4-6 and Robert H. Smith for grades 7-9. I graduated from Kelvin in 1954 and was the recipient of the Governor General Medal. At the University of Manitoba I was Lady Stick of Arts and received my BA in 1958.

My father was always proud to say he went over on D 3 (day) of the Normandy Invasion and was with the liberating army that entered Bruges, Belgium. He was stationed there for the remainder of the war. On his return he opened an office in the Medical Arts Building in Winnipeg, specializing in eye, ear, nose and throat (EENT). His interests were always music, arts and Israel. He was very active and involved as a board member and later as the chairman of the Winnipeg Symphony Orchestra. He was always a Likud supporter and Menachem Begin was a personal friend. My parents and I went to Israel in 1953 for the first time and that trip made a lasting impression on me. I have been back many times since; in 1975 it was for our son Stephen's Bar Mitzvah.

On August 10, 1958 I married David Brodovsky and in 1959 I received my B. PEd. We moved to Toronto where David did a residency in Otolaryngology (ENT). Being away was a good experience. Our move back was for both family and community.

We have four children of whom we are very proud: our oldest Billy married to Libby Yager; Stephen married to France Adams, Sharon married to Mauricio Duarte and Sidney married to Cary Shafir. All told we have nine grandchildren, five boys and four girls, all very special.

I enjoyed being a stay at home mother when our children were growing up. I also enjoyed the volunteer work I did for both Jewish and non Jewish organizations. Our memories in the Endowment Book of Life are a way of adding to the history of our community. I believe that the Winnipeg Jewish community is a vibrant one and hope that this will continue.