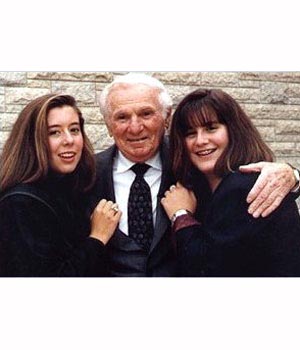 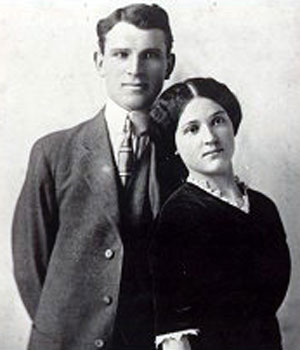 My maternal grandparents, Chaim and Dora Isenstein, came to Canada from Russia in 1908 and settled in Calgary. My grandfather worked as an engineer for the C.P.R. I was born in Saskatoon but moved to Winnipeg as an infant after my father, Ben Brown, passed away. My mother, Lil (Isenstein), remarried to Jim Simkin, and I grew up on Seven Oaks Place with my brother, Simon, and most of the Simkin family. The close-knit Simkin family provided many happy memories of celebrating the Jewish holidays, attending community functions, and warm moments spent with my grandmother, Fanny Simkin.

I grew up in an environment that was very Jewish. My extended families not only identified with Judaism but were very actively involved. My great grandfather was a scribe, and the Torah he produced is still housed in a Calgary synagogue. My Zaida Chaim was a founder of the Calgary Peretz School, active in the Canadian Jewish Congress and many local and national charities and organizations. He facilitated the immigration of numerous Jewish settlers to Western Canada. I loved visiting my Baba and Zaida's home in Calgary, with their extensive Yiddish library and delightful varied culinary maichels.

My secular education was obtained at Edmund Partridge Junior High, West Kildonan Collegiate, and much later, the University of Manitoba. Elementary education at Peretz School and membership in B.B.Y.O., U.S.Y., and of the Y.M.H.A. helped to reinforce my Jewish identity. In 1969, I married Joel and chose to stay home and raise my two daughters, Francie and Lauren, both graduates of Ramah Hebrew School and now students at the University of Manitoba. While my children were at Ramah, my volunteer efforts centred around Jewish education when I served as President both of the Home and School Association and the Ramah Board, and on the Executive of the Winnipeg Board of Jewish Education. At present, my volunteer activities include Jewish Child and Family Service (member of the Executive and on numerous committees), the Jewish Foundation of Manitoba's Endowment Book of Life Committee, the Chai Folk Ensemble, and Winnipeg Volunteer Reading Aides as an adult literacy tutor.

I hope that Joel and I have been an example for our children by focusing on loving family relationships, Jewish education, traditions and values (especially Tzedakah), and commitment to community and Israel.