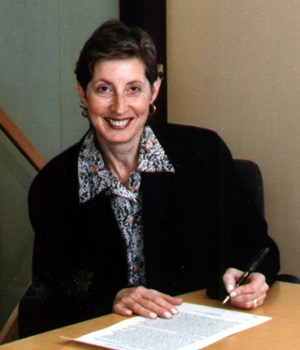 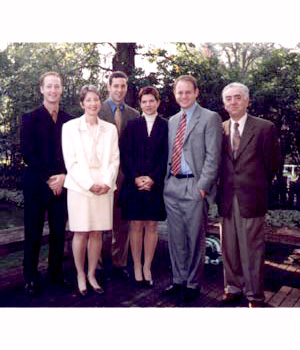 As this represents a legacy to the Jewish Community of Winnipeg I address this to my children, Benjamin, Alix, Jeremy and Michael, as representatives of future generations. Before we can look to the future we must look to our roots, to the past.

My grandparents came to this country from Poland and I was fortunate to have known all of them well. Your great grandparents, my grandparents, were Alexander (Zaida Sender) and Clara (Bubby Chaya) Putter. They were the parents of my father, your Zaida, Joseph Putter. They arrived in Canada in 1938 when your Zaida was 17 years old. They settled initially in Montreal where Zaida Sender established a kosher delicatessen. Your Zaida immediately began to learn English and shortly found himself a job with a fuel distribution business. Your other set of great grandparents, my maternal grandparents were Leo (Zaida Levi) and Fanny (Bubby Fanny) Sommer. They arrived in Canada in 1926 with two toddlers, your maternal grandmother Bubby Rochelle and her younger sister. Two years later they had a son. After a few years Zaida Levi started an upholstery business in Winnipeg. Zaida Sender died in 1958 when I was 13 years old and Zaida Levi died in 1972 the year you, Benjamin were born. And so, you were named for him, Benjamin Levi. Bubby Chaya lived to attend Benjamin's Bar-Mitzvah, but hopefully all four of you have some memory of her. It is Bubby Fanny whom you will remember the best. We all had the privilege of a wonderful relationship with her as she was alert and interesting until the day she died at age 98 in 1998.

Your Bubby Rochelle went to Montreal to see the world in 1940 and there met Zaida. They were married in 1942. I was born in 1944 in Montreal. My sister and twin brothers were born in Montreal as well. We lived there until 1951 when we moved to Winnipeg along with Zaida Sender and Bubby Chaya.

I grew up in a home that stressed education, hebrew education in particular. I, as the four of you, attended Hebrew day schools from K to 12. I was in the first graduating class of Joseph Wolinsky Collegiate. My father was instrumental in the establishment of Joseph Wolinsky Collegiate. He was also part of a small group of people who founded Camp Massad so that we could experience the Hebrew language and not just learn it. My mother, too, worked to establish Camp Massad. Both my parents were active on the boards and executive of several Jewish community organizations. My memories are also of Tanach and Hebrew study groups, of Shabbat dinners, and of celebrations of all the Jewish holidays. Zionism was also a cornerstone in our house. Israel, its history, life, and politics were always topics of discussion. And so you can see why your acquiring a thorough hebrew education was important to me. You can also see why I encouraged your spending extended times in Israel to further your education.

Your father (Edward Shinewald) and I were married in 1966. I taught French in Winnipeg schools for two years while he finished university. We then set off to see the world. We spent a year travelling and visited countries in Europe, Asia and the South Pacific. When we returned I taught in London Ontario while your father studied for his MBA. In 1971 we returned to live in Winnipeg and start our family. I was offered a teaching position at JWC and remained there for the better part of 25 years. Benjamin Levi was born in 1972, Alexandra Michéle in 1974, Jeremy Samuel in 1976, and Michael Charles in 1978.

And now to the future...I hope that you, who were privileged to grow up with many opportunities, take advantage of them and work hard to make our community a vibrant and interesting place in which to live. It is your obligation to support and repay the community which gave so much to you. I hope that you will all be able to live a life of tolerance, happiness and prosperity.