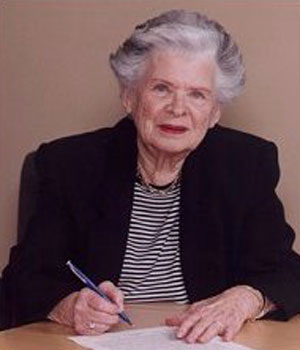 At the age of 16, my father, Harry Isenstein, the son of Elchonin, a Torah scribe, left Russia and arrived in Calgary. He boarded at a home where he saw a picture of a beautiful Russian girl, the younger sister of the lady of the house. The family brought the girl, Dora Ashkenazi, over from Russia, and my father and she married. Dora's father, Shlayna Zalman, and her grandfather, Shimon, were both cantors.

My father was a railroad engineer with the Canadian Pacific Railway and in his 49 years of service to that company, he became one of their top people. My mother was at home with her five children - my two sisters, two brothers and me. Both my parents were very involved with the Peretz School in Calgary, a school which I attended. In high school, there were only two Jews in my class. I was, however, active in all school activities, and also in the Jewish Music Centre. I clearly remember that despite a small Jewish population, there was a great deal of anti-semitism.

When I was 17, I came to Winnipeg for a vacation and first met Jack Donin, but I was 17, and not interested. At 21, I returned to Winnipeg and met him again, and then, I was interested. Jack was born in Russia, coincidentally in my mother's hometown, and she claimed she remembered the day Jack was born. He graduated Yeshiva in Russia before he came to Winnipeg at the age of 18. Here he continued his education and graduated as a civil engineer. Work in that field was scarce, so he joined Kraft Foods, and became a successful distributor in their commercial sector for 44 years.

Jack and I were married in 1937 and Winnipeg became my home. We lived on Selkirk and Cathedral Avenue, Inkster Boulevard, and finally, in a home we built on Queenston Street. We have one son, Arthur, who attended Peretz School, an institution in which Jack and I became very active. I also joined National Council of Jewish Women, and sang in the Rosh Pina Choir, when Sara Udow was its director. Jack died in November, 1988, and Arthur and his wife, Sandra, live in Toronto. Arthur teaches Computer Science at Centennial College and Ryerson and Sandra is a Psychiatric social worker at St. Michael's Hospital. I have two wonderful grandchildren - Judith, a Fine Arts graduate working in Ottawa, and David has graduated after studying mathematical science.

I continue to be a member of Rosh Pina, am an avid bridge player, enjoy the company of friends and what has become my family - my niece, Sharron Dudeck and her husband, Joel, and their children. I'm so thrilled with the way she turned out and I appreciate how she looks out for me, she's like a daughter, and I love her.

All in all, I have had a very happy and productive life here in Winnipeg, I love the city. I hope the Jewish community of Winnipeg remains a warm and caring place, where people coming from other places will continue to feel welcome.