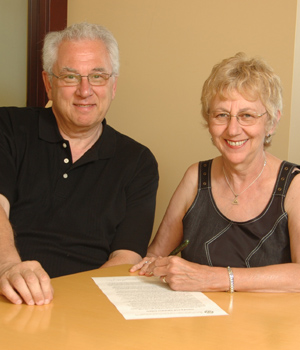 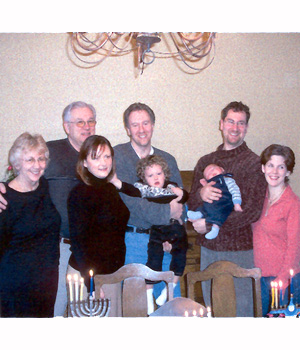 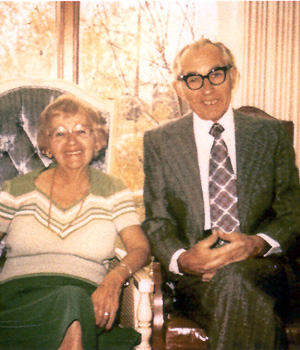 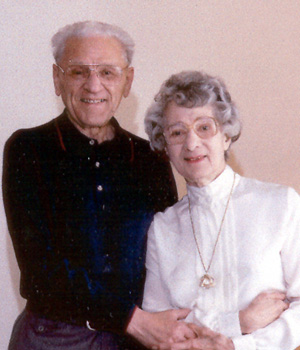 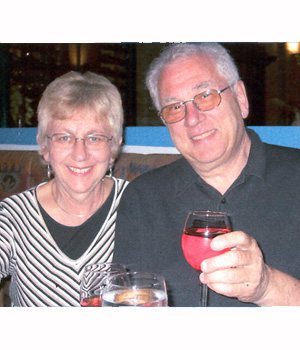 In reflecting on their lives together and the shared delight they take in their young grandchildren, Sheldon and Sandy Glass can happily conclude that 'Life is a Party.' This has been particularly true for them in the last decade, since their sons, Bryan and Jonathan, joined them in the family business and helped turn U-Rent-It and Party Stuff into a local success story.

It was his devotion to his family that inspired Sheldon to purchase the business in 1982, allowing him to give up his work as a manufacturer's agent and all the traveling that it entailed. A third generation Winnipegger on his mother's side - his grandmother Sarah Goldstein was born in Winnipeg in 1885 - Sheldon lived his early years with his older brother, Arnold, and parents, Lou and Gertie Glass (Meltzer), in his grandparents' home on Cathedral Avenue, before moving to Polson Avenue. Lou worked for CPR Telegraphs and then for his father-in-law's business, Western Paper Box and Zenith Printing. Gertie was a dedicated homemaker and tireless volunteer in many local Jewish organizations.

Sheldon had mostly Jewish friends while growing up and a typical north end upbringing that included all the essentials: Champlain, Luxton, and St. John's, Nordics, Kelekis, AZA, and basketball at the YMHAs on Albert Street and Hargrave. He also attended after-four Hebrew classes at the Jewish Orphanage and then the Talmud Torah on Matheson Avenue.

Sheldon met Sandy through a mutual friend when he was 18 and she was 16. They married in 1963 while both were still students at United College. After graduation, Sandy pursued a teaching degree and taught for a short time. Sheldon became a salesman with Canadian Canners, a job which took him and Sandy to Saskatoon for a year and then to Kitchener, Ontario, for three months. After that, they returned to Winnipeg, resolving never to leave again.

Sandy also was born in Winnipeg, although she spent her first nine years in Lac du Bonnet. There, her father, Harry Springman, who was born in Whitechapel, England, was a well-respected, community-minded grocer, sportsman and the town's only Jew. In 1953, he moved his wife, Goldie (Gilmore), and his two youngest daughters, Shira and Sandy, to Winnipeg so that they could meet other Jewish kids. Sandy's older sisters, Irene and Florence, had already moved to the city. In Winnipeg, Harry continued in the grocery business.

Like her husband, Goldie too had immigrated to Canada as a young child, arriving from Russia with her widowed mother and six siblings. While the family farmed in Camper, Manitoba, Goldie was sent to live at the Jewish Orphanage in Winnipeg, where she benefited from a grade eight education, but where she missed out on the closeness and nurturing of her nuclear family. Before marrying, Goldie studied stenography at Business College, and worked in Chicago and at Ashdowns Hardware, where she was recognized for her work.

While Sandy was sorry to leave Lac du Bonnet, she adjusted to her family's new life in River Heights, attending Herzlia Academy night school, Brock Corydon, River Heights and Kelvin. She was active in USY, volunteered with the Children's Home of Winnipeg, and, as an adult, at Victory School and with National Council of Jewish Women. Sandy is an artist and a member of the Manitoba Society of Artists. She also was very active at Beth Israel Synagogue, where Sheldon served two terms as vice-president. Sheldon and Sandy are now members of Temple Shalom.

It is, in fact, the arrival of their grandchildren that has inspired Sheldon and Sandy to think about the future of the community and participate in this Endowment Book of Life program. Sandy and Sheldon realize how fortunate they are that both their sons have chosen to live in Winnipeg, and hope that the local organizations and attractions that they appreciate so much will be around for their grandchildren to enjoy. More importantly, they are glad to have this opportunity to set a positive example for their immediate family, to remind them of the importance of being good human beings and looking out for family, friends and community.