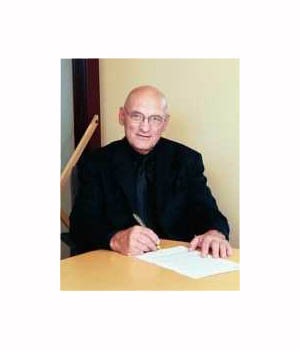 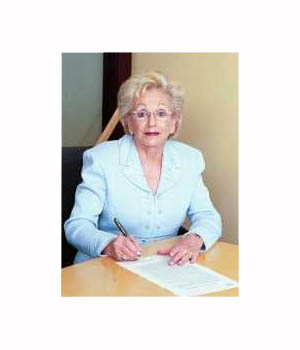 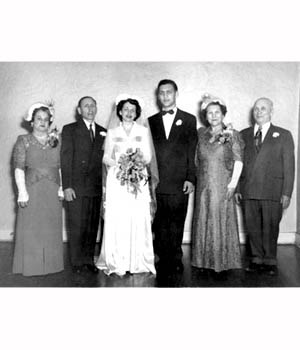 Joseph Klapman immigrated to Chicago in 1912 from Plotsk, Poland, leaving a wife and three children behind. A few years later he moved to Canora Saskatchewan to be the town's kosher butcher and worked to bring his now motherless children — Harry, Esther and Meyer — to Canada.

Fanny Rosensweig was the oldest in a family of three boys and five girls — her younger siblings were Harry, Sam, Morris, Sadie, Sylvia, Beatrice and Ruchel. She was born in Vina Velina Gubernia, Russia and came to Canada while still a single girl, and married a widower Rosensweig (with three children) shortly after her arrival. The couple then had one daughter and Mr. Rosensweig died when Fanny was pregnant with their second child. The three Rosensweig children were adopted out, and Fanny met and married Joseph Klapman. The Klapmans had two boys while still living in Canora — Max and Mickey — and then moved their family to Winnipeg. I was born in Winnipeg in 1931.

Once in Winnipeg my father bought a truck and was an independent drayman — Klapman's Transfer, but in 1943 decided to go back into the butchering business and opened Klapman's Kosher Meat Market where he worked until his retirement.

I grew up in the North End and attended Aberdeen and Machray schools and at the age of 16 went to work for my brother Meyer at Peerless Garments. After 23 years there, I decided to go into my own business and, in 1971, together with my partner, Sam Moser, purchased Mid-West Garment Co. from the Moser family. Five years later I became sole owner, and the company still operates today at 1147 Notre Dame Avenue (MWG Apparel Corp.) under the management of our son Hartley, and Brian Gibson. I am proud of the growth of the company and it's extensive product line of sport shirts, western shirts, jackets, coats, caps and hats.

In February 1950 I married Ruth Youssiem, daughter of Reuben and Rose Youssiem. We have four children: Saundra, married to Sam Malamud, has two sons Andrew and Allan, Marla (Bernstein), has three children Aaron, Jason and Stephen, Hartley and his wife Drew Salters have two daughters, Dana and Brady Rose, and Jody and her husband Brian Goldberg have three children, Carly, Hannah and Kevin.

I have always been happy to support Winnipeg's Jewish community in whatever way possible, and feel priviledged that three of my children make their home in Winnipeg. My wife and I were born here, our children were educated here, and we are very conscious of the fact that our grandchildren are choosing careers that may well take them away from Winnipeg. But we are also proud that as a Jewish community we have provided a place like the Campus and have lived in a place that fosters community, so that those remaining here will have a "place to call home". Our hope for the next generation is that they will take ownership of this community and will help it to go "from strength to strength."