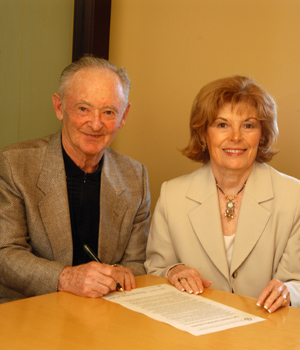 Sally and Morley Shuckett sign the Endowment Book of Life 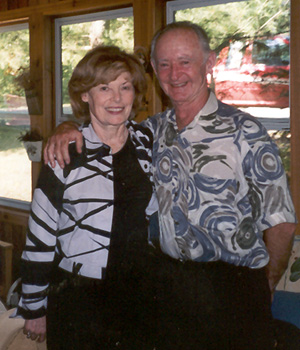 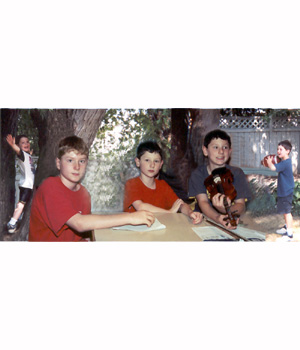 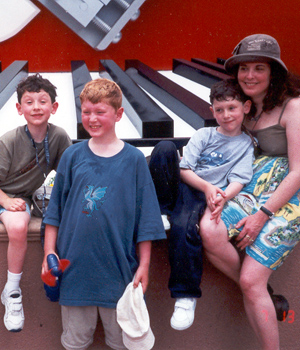 Rhonda with Joshua, Brandon and Mitchell 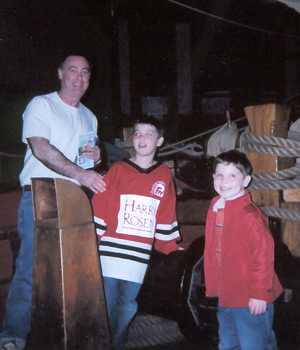 Bruce with Jacob and Matthew

After more than 50 years of marriage, my husband Morley and I happily look back at the life that we have shared - a life devoted to our children, education, career achievement, volunteer work and athletics. We have many reasons to be proud.

In 1937, when she was only 39, our beautiful and loving mother succumbed to cancer. This tragic event devastated our formerly happy household. My father, with Albert at his side, began working in the fur trade, while keeping the rest of us close under his watchful and loving eyes.

We lived on Inkster Boulevard and I attended Luxton School, after-four classes at the Peretz School, St.John's High and United College for one year. I belonged to the YMHA on Albert Street, participating with my friends in all the activities, including the Saturday night teen canteen dances. I spent summers at Winnipeg Beach and at the B'nai B'rith Camp at Sandy Hook. Jewish holidays were strictly observed in my family, as my sisters and I did our best to master the preparation of the traditional foods.

Morley too came from a traditional Jewish family. The life story of his parents, Jacob and Rachel (Levin) Shuckett, is told elsewhere in this Book of Life by Ben, oldest brother to Nathan, Goldie (Genser), Dave, Esther (Lecker), Fritzi (Telpner) and Morley.

The family lived on Boyd Avenue until Morley turned six, and then moved to the predominantly Jewish neighbourhood of Machray Avenue. There Morley formed many close and lasting friendships, many of them as a member of the 'Demons'. He attended Luxton School and St. John's High, and studied sciences, then arts, at the University of Manitoba. He had hoped to get into medicine, but was deterred by the quota system. Growing up, Morley spent wonderful summers vacationing at Gimli or working at his father's lumberyard.

Morley has always been very involved in athletics. He played football for St. John's and hockey for the University of Manitoba Science Faculty. With war raging during his third year of arts, he joined the Navy. While stationed at St. Hyacinth, Quebec, he played football for the Toronto Argonauts and the Montreal Alouettes, which had amalgamated during the war. Then, while stationed in Greenoch, Scotland, he played hockey for the Navy team. Back in Winnipeg, Morley became a long time member of the Glendale Country Club, where he enjoyed the camaraderie on the tennis courts. Today, the Rady Centre plays an important part in his daily activities.

Upon his discharge from the Navy, Morley entered the Faculty of Dentistry at the University of Toronto on academic scholarships. He played hockey for the faculty and was a member of the Sigma Alpha Mu Fraternity and the Alpha Omega Dental Fraternity. He graduated in 1949, one year after his beloved mother died. The next year, Morley opened a dental practice on the corner of Salter and Matheson, remaining there until his retirement in 1995.

Morley and I met shortly after he opened his practice, and were married on December 14, 1950, by Rabbi Herson at the Royal Alexander Hotel. Our son, Bruce, was born in 1952 and our daughter, Rhonda, in 1954. Our lives were primarily devoted to their upbringing. Both Bruce and Rhonda attended the University of Manitoba Medical College and moved to Toronto for their postgraduate specialties in Radiology and Rheumatology respectively. Bruce now lives in Toronto with his wife Judy (Bell) and their sons, Jacob and Matthew, who share their 'Papa Morley's' passion for hockey. Rhonda lives in Vancouver with her husband Doug Deans and their sons, Brandon, Mitchell and Joshua.

As was customary for my generation of women, I became a housewife and did volunteer work for the White Cross Guild, among other organizations. I was active in National Council of Jewish Women and am a life member of the Israeli chapter of Hadassah. I belonged to the Rosh Pina Sisterhood, curled with the Maple Leaf Ladies, and regularly bowled and played bridge. I also worked in Morley's dental office for several years. Morley and I have always enjoyed traveling. Our most memorable adventure was going to the 1972 Canada-Russia hockey series in Moscow.

While our children and grandchildren live elsewhere and support their own synagogues and parochial schools, we believe it is important for us to invest in the community institutions and organizations that have enriched our lives and our heritage here in Winnipeg. It is our hope that our children and grandchildren will remain active members of the Jewish community, wherever they live, and maintain the Judaic philosophies and ideals that we have tried to instill in them.