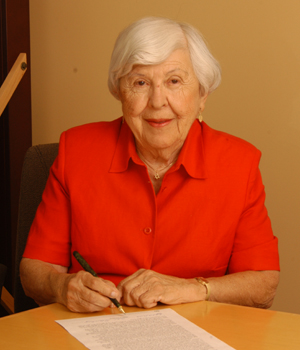 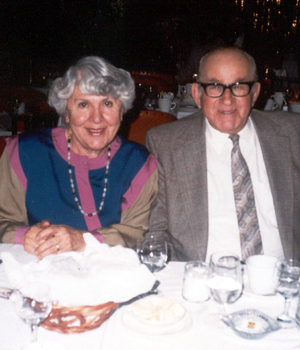 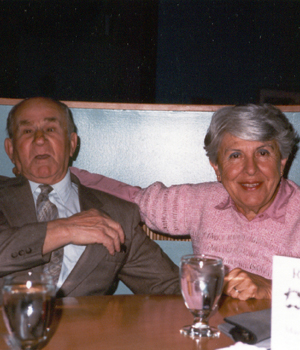 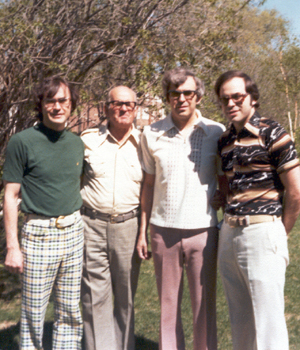 Ben and his three sons

I always thought that The Jewish Foundation of Manitoba's motto "as my fathers planted for me before I was born so do I plant for those who will come after me" made a great deal of sense. Having the opportunity to be a signer in the Endowment Book of Life allows me to speak about my parents, my late husband Ben, and to my children and grandchildren as well as to make a "promise" to leave what I can to help the Winnipeg Jewish Community.

My parents Abe and Leiba Osinovsky arrived separately from Russia, he from Veratinshina, she from Molev Gubernia to start a new life for themselves. Meeting in Winnipeg they married and moved to Camper, Manitoba where they settled to begin life together. My father attempted to support the family through cattle buying and farming a nearly inhabitable parcel of land. The only thing that seemed to grow was my family which eventually consisted of my two sisters, Ann (Masarsky) and Evelyn (Shecter) and my brother Sam who died in childhood. Memories of my parents were of a father who was hard working, pleasant and able to integrate well into the general community regardless of where we lived. My mother had the same characteristic of hard work but much more concerned that her children were raised in a kosher home. Knowledgeable about prayer she emphasized that it was our responsibility to maintain our Jewish identity. This attitude was consistent whether we lived in Camper or when we relocated to the farm land of Old Kildonan.

My schooling and social life was quite typical of Jewish teenagers of that time. After high school I entered Business College and then went to work in an insurance office. While living the life of a working woman I met the man that I was destined to spend the rest of my life with, Ben Goldenberg who was working for my uncle in Griswold Manitoba. Ben and I dated, married and moved to Griswold. My working career outside the home ended and we began to raise the first of our three sons, Murray, Jerry and David all born in Griswold. Knowing that our sons needed an education within a Jewish milieu we moved into Winnipeg after the1950 flood and began our twenty odd year residency on Rupertsland Boulevard. It was here that our children integrated themselves within the Winnipeg Jewish Community, Ben earned his livelihood in the hotel industry and I left my Griswold volunteer experiences with Eastern Star and the Red Cross and became involved with Hadassah and other Jewish organizations. Ben was the true community worker. He coupled his gentle manner with his love of Zionism to work on behalf of Israel. This was a lifelong endeavour that occupied him while he worked as well as in his retirement. Two of his grandchildren, long after Ben passed away have adopted his concern for Israel by spending considerable time there when many others would feel that it was unsafe.

When I say that I am proud of my children I know that I echo Ben's sentiments. All three of our sons are special and accomplished in their own way. Murray lives in California with his wife Pat and their three adult children, Aubie (Stephanie), Alan and Toby (Michael). Jerry and his wife Beth live in Winnipeg and have two children, Jonathan (Sharon) and Laura. My youngest son David and his wife Barbara also live in Winnipeg and have three children. Eli (Jennifer) and Benji are in Winnipeg while Sari is in Toronto. My children and my grandchildren are important to me.

One of my reasons for becoming a signer is to document my immediate family and to leave a message to those great grandchildren to follow. Both Zaida Ben and I believe in the value of an education... do your best to get a good one. Finally, be like your great Zaida Ben, gentle, quiet and a mensch. Try not to be envious of others and do not forget to do your part to make your community a better place to live.