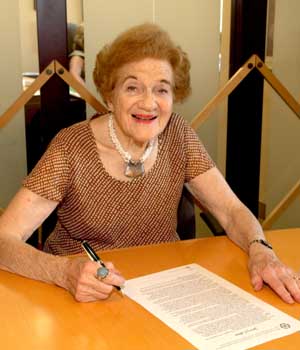 Ruth Bellan signs her story for the Endowment Book of Life 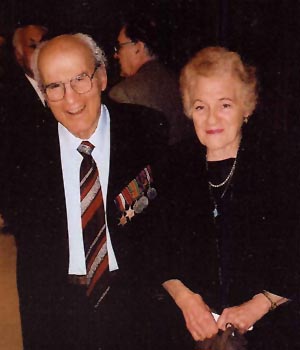 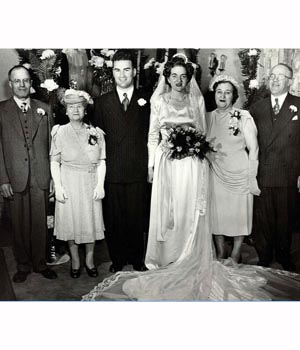 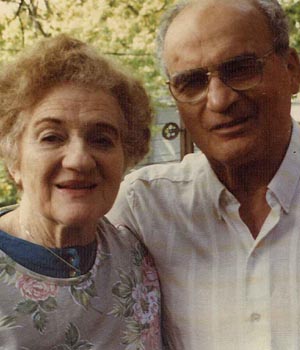 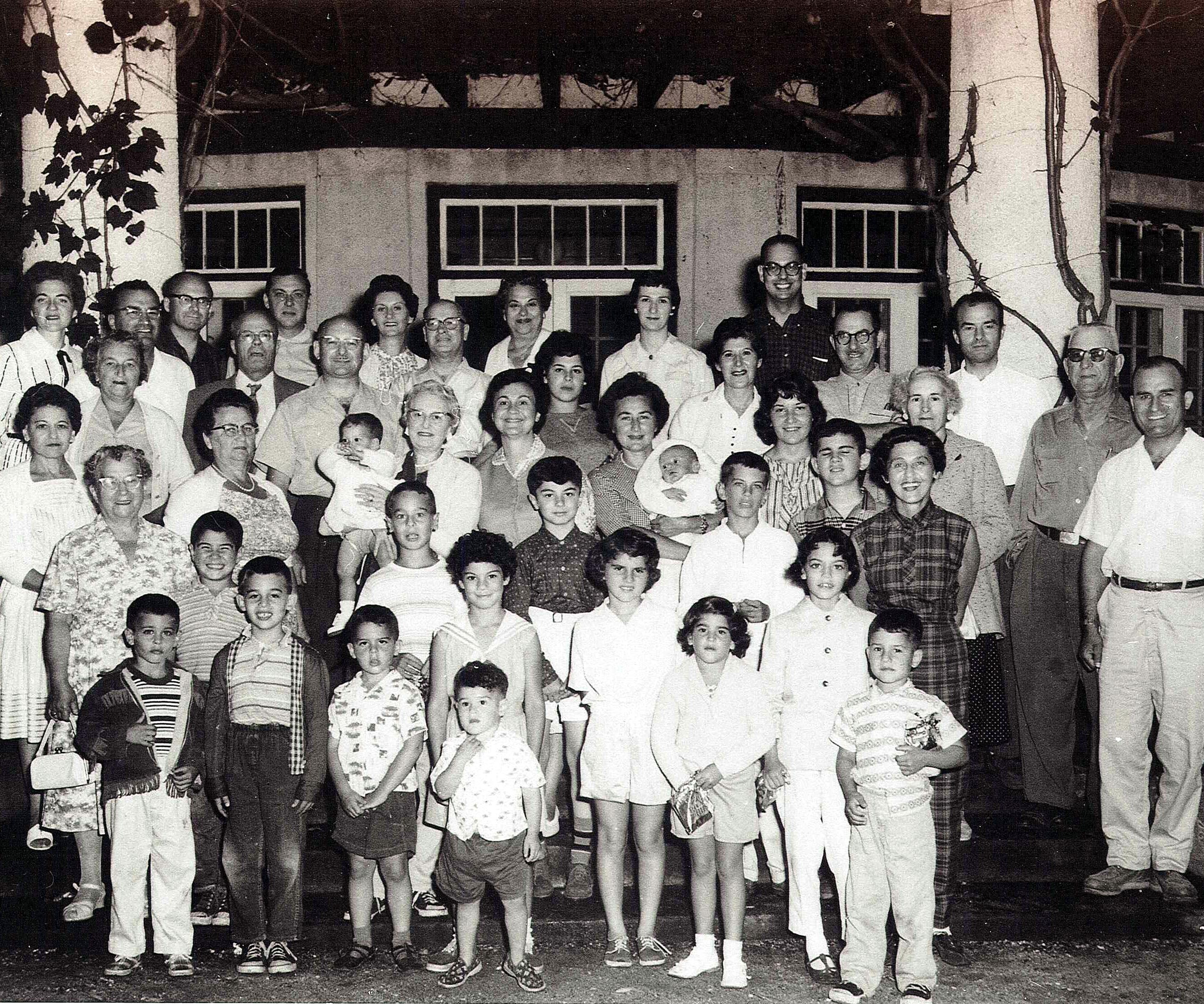 Ruth's mother, Minnie Leta Korman was Canadian born. Her parents, Sara Lerner and Shloime Korman, emigrated from Russia in the 1890s. Minnie grew up in and completed high school in Morden, Manitoba. She worked at Eaton's in Winnipeg before marrying Louis Lercher and moving to Melville, Saskatchewan. They had three children, Goldie, Ruth and Barry.

Louis was brought to Canada from Lemberg (Lvov), Poland by his brother Harry when he was 16. Harry died a few years later and Louis, in Harry's place, became a partner to his sister Riva's husband, Sam Kanee. Ruth was born in Winnipeg but spent her early years in Melville, a CNR divisional centre with a population of 5,000, including 30 Jewish families. During the high holidays the synagogue attracted many Jews from neighbouring towns. The firm of Lercher and Kanee owned a prominent Melville department store and the Soo Line (flour) mill in Weyburn, Saskatchewan. Louis was a Melville town councilor.

In 1930, Louis, moved to Weyburn to run the mill. He moved his family to Regina so that they could live in a bigger Jewish community and attend the Talmud Torah. He commuted every weekend. Louis had a good yeshiva education and wanted to provide a good education to his children, which he did - as a result of her year and a half in Regina, Ruth developed a deep love for the Hebrew language, inspired by Mar Isenberg, an outstanding educator.

The Lerchers moved back to Melville in the early thirties for Louis to run the department store. Ruth completed grade 11 there. In 1937 they sold the store and moved to Winnipeg, where Louis built the Winnipeg Soo Line Mill for the firm. Ruth recalls traveling to Moosomin, Saskatchewan with him to buy used machinery to be installed in the Winnipeg mill.

Ruth graduated from the University of Manitoba in 1941 with a B.A. In 1943 she moved to Washington, D.C. to join the British Admiralty Delegation, transferring to New York soon after. Her war time responsibility was to assist Admiralty civilians who were awaiting onward passage by convoy to or from Britain.

During this time Ruth attended night classes at Teachers College, Columbia. She graduated with an M.A. in guidance just as a new understanding of learning disabilities was emerging. In the following 50 years, Ruth helped numerous children and adults overcome dyslexia, ADD and ADHD. In 1995 she wrote and published Teach Your Child to Read in 24 Lessons, which sold widely on the internet. She still practices as a registered psychologist and reading therapist.

Ruth and Ruben met twice briefly, in 1943 and 1946, in the company of their mutual friend Jacob Cohen, before starting up a correspondence and becoming engaged by mail. In 1947, after graduating from Columbia, Ruth resigned from the Admiralty and returned to Winnipeg to be married a week later.

Ruben was the youngest of four sons (Alex, Joe, Sam and Ruben) born in Winnipeg to Lipke Kolovson from Dabach, Lithuania, and Chaim Boruch Belepolsky (later Bellan) from Paradovka, Russia. Lipke and Chaim had briefly lived in Abertysswg, Wales while Chaim worked as a coal miner. After completing St. John's High School, Ruben obtained his B.A. at the University of Manitoba, an M.A. from the University of Toronto and a PHD from Columbia University. During WWII he served as an RCAF intelligence officer stationed in Burma. He was appointed to the Department of Economics at the University of Manitoba immediately after the war, and enjoyed a long and distinguished career highlighted by his term as Dean of Studies at St. John's College. He was named Professor Emeritus upon retirement.

Ruben served as a Winnipeg Police Commissioner in the 1960s. He was a frequent guest speaker on radio and television, and wrote an economics column for the Toronto Star for years. He was known for his clear and insightful explanations of economic issues. In 1955 he served as the economist for the Manitoba Liquor Enquiry Commission under John Bracken, and in 1977, as the one-man commission on Land Prices in Winnipeg.

Ruben and Ruth traveled extensively. They lived in New York and in Manchester, London and Tokyo during Ruben's three sabbaticals. They drove through Europe, and visited Rio de Janeiro, Mexico, Guatemala, Morocco, Egypt, Israel, India, Hong Kong, Korea, Australia, New Zealand, Japan and Botswana, where their daughter Susan worked for CUSO. They were always grateful for the wonderful life that they had, and happy to return to Winnipeg — the stable base for their healthy, happy family life. Their family included three children.

Paul is a professor of Plasma Physics at Cal Tech in Pasadena, California and his wife Josette is an aeronautical engineer with Jet Propulsions Lab. They have three children, Norbert, Leon and Steven. Susan, who was a CUSO volunteer in Botswana, is now, as a consequence, a Toronto retailer selling handicrafts and other items from underdeveloped countries. She has three children, Adam, Melissa and Monica. Lorne is a professor, head of Ophthalmology at the University of Manitoba and in private practice. He is married to Bonnie Cham, a pediatric oncologist and ethics chairman for the Canadian Medical Association. They have three children, Daniel, Gary and Jonathan.