Ruth and I. Jack Gutkin 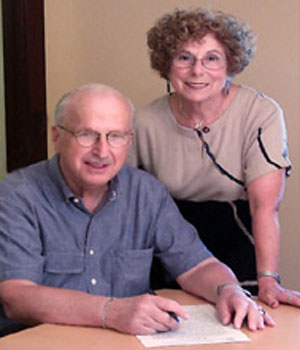 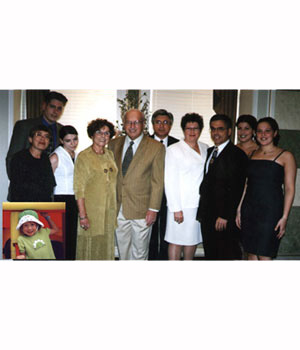 Jack's parents, Max and Celia Gutkin, came to Canada from Russia in 1913 and settled in Winnipeg, where his father worked as a tailor. Jack was born in Winnipeg six years later, in 1919, and raised in the city's North End with his brother and sister. The family lived on Burrows Avenue and Alfred Avenue. Jack attended Norquay School for one year and then went to Machray School until the end of grade six. He also attended the Sholom Aleichem School for his Yiddish education and has very good memories of that experience. After elementary school he attended St. John's Tech and then the Russell Business College where he graduated from accounting. Since then he has worked in accounting and management at both Silpit Industries and Brown and Rutherford Ltd.. He was also proud to serve in the Canadian Air Force from 1941 to 1945.

On June 18, 1943 he married Ruth Moscovitch, who was one of eight children of Benjamin and Pasal Moscovitch, who had come from Romania circa 1910. She also was a graduate of Machray and St. John's High schools. They have two sons. Terry is married to Carole and they have two children, Shaun (with daughter Angelica) and Meghan. Donald, married to Belva, also has two children, Hedy and Beth.

Ruth and Jack are pleased to have contributed to and participated in the building of our Jewish community in many different ways. They hope that in the future their children and grandchildren will reap the benefits of a strong Jewish community and that they will always learn from and cherish their Jewish background and upbringing.