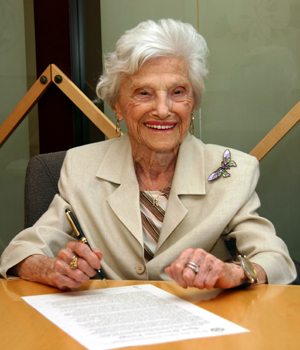 Rueth Portigal adds her story to the Endowment Book of Life 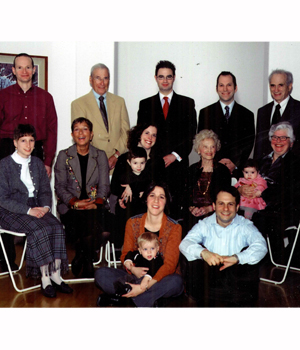 Rueth and her family at her 99th birthday 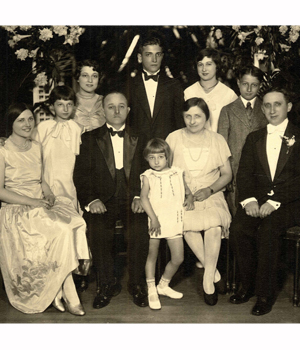 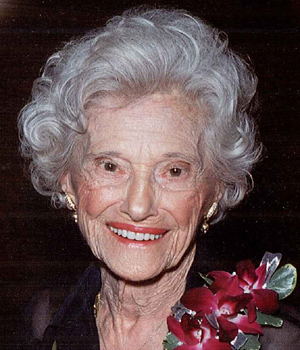 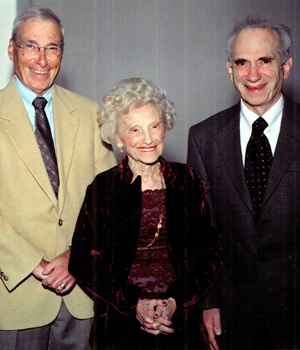 Rueth Portigal was born in Minneapolis almost 100 years ago and still holds American citizenship, but it is her adopted city of Winnipeg that she truly considers her home. She has lived here and been happy living here since marrying Winnipegger Norman Zimmerman on June 30, 1929.

Ironically, Rueth's parents, Fanny and Leon Gottlieb (Perlman), initially immigrated to Winnipeg from Roumania in the early 1900s but, unsatisfied with the city, left for Minneapolis shortly after arriving. They had been engaged in the Old Country and were married at the Rosh Pina Synagogue at the corner of Martha Street and Henry Avenue in Winnipeg. Leon's parents, Lazer and Tauba, also moved to Minneapolis and from there to Texas and then finally to Palestine. There they perished from starvation during the First World War and were buried in Tiberias.

In Minneapolis Fanny and Leon operated a grocery store and raised Rueth and her six younger siblings: Harold, Betty, Sylvia, Clifford, Toby and Beverley. Rueth remembers a good and indulged childhood. She received a Jewish education, first at cheder, where she was the only girl, and then with a teacher who came to their home. After high school she attended the University of Minnesota for one year, then came to Winnipeg to visit her aunts. It was during this visit that she met Norman. She returned to Minneapolis and he followed her shortly afterwards with an engagement ring. They were married six months later.

Norman's parents, William (Vevick) and Yenta, were among the first Jewish families in Winnipeg. They were married in the late 1800s and all of their children - Louis, Norman, Nathan, Esther and Edward - were born here. The family was orthodox and for many years operated the well known jewelry business, L and W Zimmerman on Main Street between Henry and Logan. Nathan sat on the editorial board of the Winnipeg Tribune and was a founder of the Winnipeg Press Club. Norman chose law as a profession and enjoyed a long and successful career.

While Norman worked, Rueth stayed at home with their two sons, Manly, born in 1931, and Ron, born in 1936. Like many of her contemporaries, she was active in the Ezra Chapter of Hadassah, National Council of Jewish Women and the Shaarey Zedek Synagogue Sisterhood when the shul was located first on Dagmar Street and then at its present site. They lived in the Wolseley area and later in River Heights, sent their sons to public school and had a comfortable and good life. When her sons were older, Rueth learned how to drive and thereafter drove Norman — who did not have a driver's license - to work and to his appointments. When he passed away she continued to drive everyday to the office he had shared with Ron, helping Ron with clerical work and banking. She also took lunch to him everyday. Manly also followed his father into law.

Manly, his wife Janice and their children Stacy and Evan Shuster, and Wendy and Andy Jacobson and their son Ethan Louis, now live in Minneapolis where Rueth was born on November 15, 1906. Ron and his wife Audrey, as well as their children and grandchildren, Mara Zimmerman and Stephen Segal, Warren Zimmerman, and Samuel Nathan and Karlie Reese Segal live in Winnipeg, close to Rueth.

Rueth and Norman were married for 44 years before he passed away in 1973. In 1976 Rueth married Sam Portigal and enjoyed 16 years with him before he passed away. Until recently, Rueth was able to spend the winter months first in Miami and then in Palm Springs, and enjoyed cooking, baking and playing cards. She no longer travels, choosing instead to remain in her adopted city — a city that she praises for being ideal for raising children and for getting around with ease. Although she was homesick for her family when she first arrived in Winnipeg almost 80 years ago, Rueth has never wanted to leave. Winnipeg has been good to her!