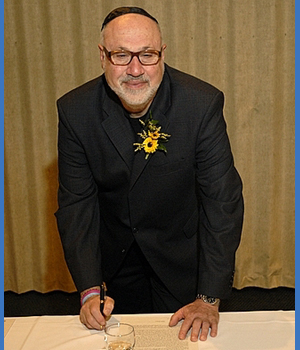 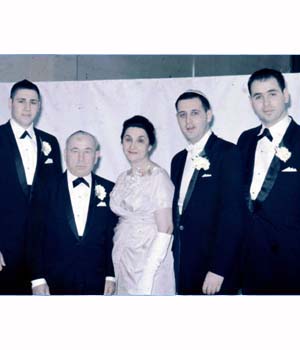 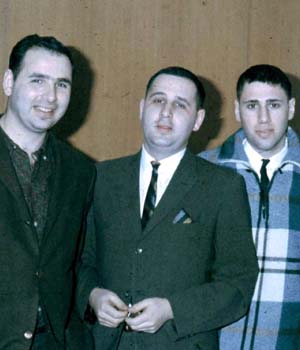 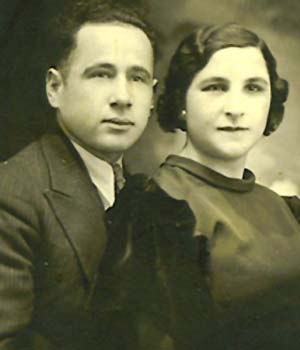 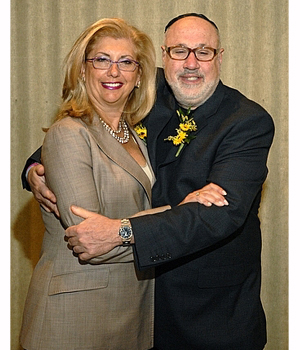 Many of Rubin Todres' fondest memories of Winnipeg revolve around his association with B'nai Brith Camp. His 19 years at the camp included a final year as program director at the age of 25, eight other years on staff, and ten years as a camper beginning at the age of six. In fact, Rubin is making a commitment to the Endowment Book of Life precisely because of BB Camp. He wants to give back to the place that meant so much to him while he was growing up; the place that gave him so many wonderful experiences and that provided him with opportunities to socialize, sing, and generally act meshuga.

Rubin and his older brothers, Sol and Max, were raised on Burrows, Cathedral Avenue and Airlies in Winnipeg's north end in a family that often struggled financially. At camp, however, there were no class differences and the three brothers were treated just like everyone else.

Their parents, Simon (Sam) and Peshe (Bessie) Piekarewicz, were both from Poland. Sam, born in 1902 in the small village of Wiznaw, 150 miles north of Warsaw, immigrated to Winnipeg in 1927 with the hope of finding a better economic future. He began working at a flour mill in Carmen, Manitoba, and then sent word back home that he was looking for a wife. Bessie, who was born in 1909 in the neighbouring village of Zambrow, responded. Sam sponsored her to Canada with the understanding that if their shidach did not work out she would repay him for her transportation. Fortunately, they found that they were a good match and married in 1933.

Sam and Bessie eventually moved to Winnipeg where Sam eked out a living traveling through the Interlake buying and selling cattle, fur and eggs. He also was a seneca root dealer - Rubin recalls him drying the root on big tarps in their back lane. In 1954 Sam went into the real estate business where he prospered. He died suddenly in 1965.

Bessie had been an ardent Zionist in Poland and was involved in Winnipeg with Pioneer Women, the Jewish National Fund and Israel Bonds, assuming leadership positions at both the local and national levels. She was a life member of the Chana Senesh Chapter of Pioneer Women, served as the representative of the Labour Zionist Movement to Israel Bonds, and ultimately was recognized as a Woman of Valour from that organization. Wanting to provide others with opportunities she did not have, she created a scholarship to assist needy women in continuing their education. She also avidly supported her sons' educational pursuits, and was extremely proud of their academic achievements.

Sol, the eldest son, earned his Masters of Social Work from the University of Manitoba. He worked at the Winnipeg YMHA and was appointed the first full-time BB Camp Director before making Aliyah to Israel in 1966. He was on the faculty of Bar Ilan University and then earned a Doctorate at Yeshiva University in 1980. He worked for the Israel Ministry of Education in the area of school drop-outs until his retirement in 2003. He has two children, Naomi and Allon. Max, a successful salesman and manufacturer, passed away in 1993, leaving two children, Howard and Susan. Rubin lives in Toronto with his wife Elaine Meller Todres and their two children, Jesse and Lindsay. Lindsay is a graduate of McGill University and Jesse currently is a student there.

Rubin originally left Winnipeg in 1963, after attending Talmud Torah night school until the age of 13, Luxton and St. John's. He graduated with a Bachelor of Arts from Moorhead State College and a Masters of Social Work from the University of Pittsburgh, returning to Winnipeg in 1968 to work as director of teen programming at the YMHA. He then joined the Faculty of Sociology at the University of Winnipeg for one year, before leaving Winnipeg again in 1971 and returning to the University of Pittsburgh with Elaine. There, he received his Doctorate in Social Work while she received her Doctorate in Political Science. The couple then moved to Toronto where Rubin began a rewarding 25 year teaching career at the University of Toronto. He took early retirement in 1998 and has been self-employed as a consultant since then.

Rubin has been involved in his community through Professors for Peace in the Middle East and as a member of the Social Planning Council of Toronto. He also was a founder and chair of the Board of the Self-Help Clearing House of Metro Toronto. A few years ago he happily served as chair of the organizing committee for B'nai Brith Camp's 50th reunion — a fabulous experience that offered him the rare opportunity to return to his roots and to a place he holds dear and to lead the sing-song with his son Jesse.