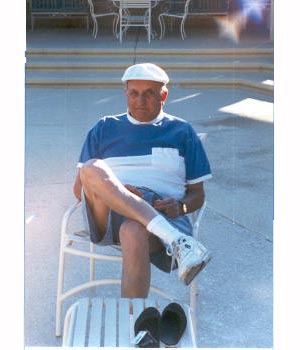 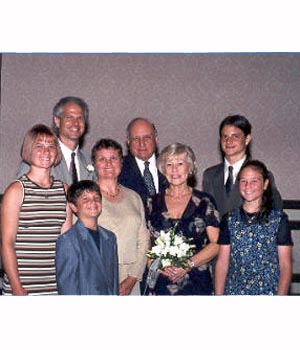 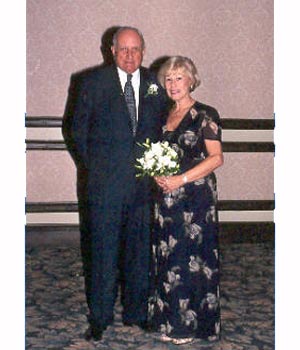 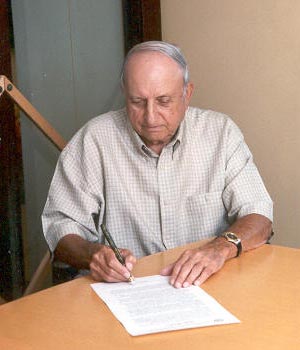 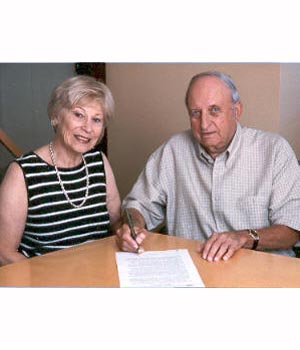 Rube Hatskin tries to portray himself as an individual with no special story to tell, however what becomes obvious as one listens to his story is that he is a genuinely nice person who has worked hard and now is relaxing and enjoying life.

Rube is the second and youngest son of Louis and Anne (Cohen). His parents were born and married in Russia and immigrated directly to Winnipeg around 1910. Louis was a carpenter turned cabinet-maker who went into the wooden box business. At that time all products were stored and/or shipped in wooden containers so that it was a perfect blend of his skills and the market's needs. This was the start of Canadian Western Box, which was the forerunner of corrugated cartons as the container business evolved.

Rube holds vivid memories of his parents. His mother was typical of that time. She was devoted to provide a kosher home for her family and being available to tend to her family's needs. Louis was a workaholic who committed himself to the job of providing for his family. Rube remembers his father as being a physically powerful man as he describes how his father operated in the lumber camps. As Rube describes his father as one of the original individuals who laid the cornerstone at the new Rosh Pina synagogue, one is left with the vision of Louis actually lifting and placing the stone into the building.

Rube, who is not small in stature himself, talks about his older brother proudly as being a big strong athletic individual. Six years older than Rube, Ben had the distinction of playing professional football before channeling his marketing and promotional skills as one of the founders of the World Hockey Association which eventually merged with the National Hockey League. Rube speaks with pride in describing how his older brother was able to bring instant credibility to this new league by enticing superstars to join the new league.

After a few years at university here, Oklahoma and Minnesota, Rube settled into a career in the family business. In 1948 he married Ruth Arkin. He describes their life together as the essence of a good marriage until she passed away much too young. Together they had one child, Candace who along with her husband has four children. Rube feels fortunate that his daughter lives in Winnipeg.

They say that the sign of a good marriage is the willingness to remarry. In 1998 a reluctant Phyllis Kluner went out with a supposedly "nice guy" Rube Hatskin. Marriage followed and today both parties speak about how enjoyable their life together is.

Rube describes his life now as one of semi-retirement. An original member of Glendale, he enjoys his regular golf game. Personally he describes himself as accepting in nature, recognizing the importance of physical and mental health and direct in his mannerisms. He is satisfied with his life in Winnipeg and believes that if opportunities are available in Winnipeg for young people then the city and our community may remain a vital centre.