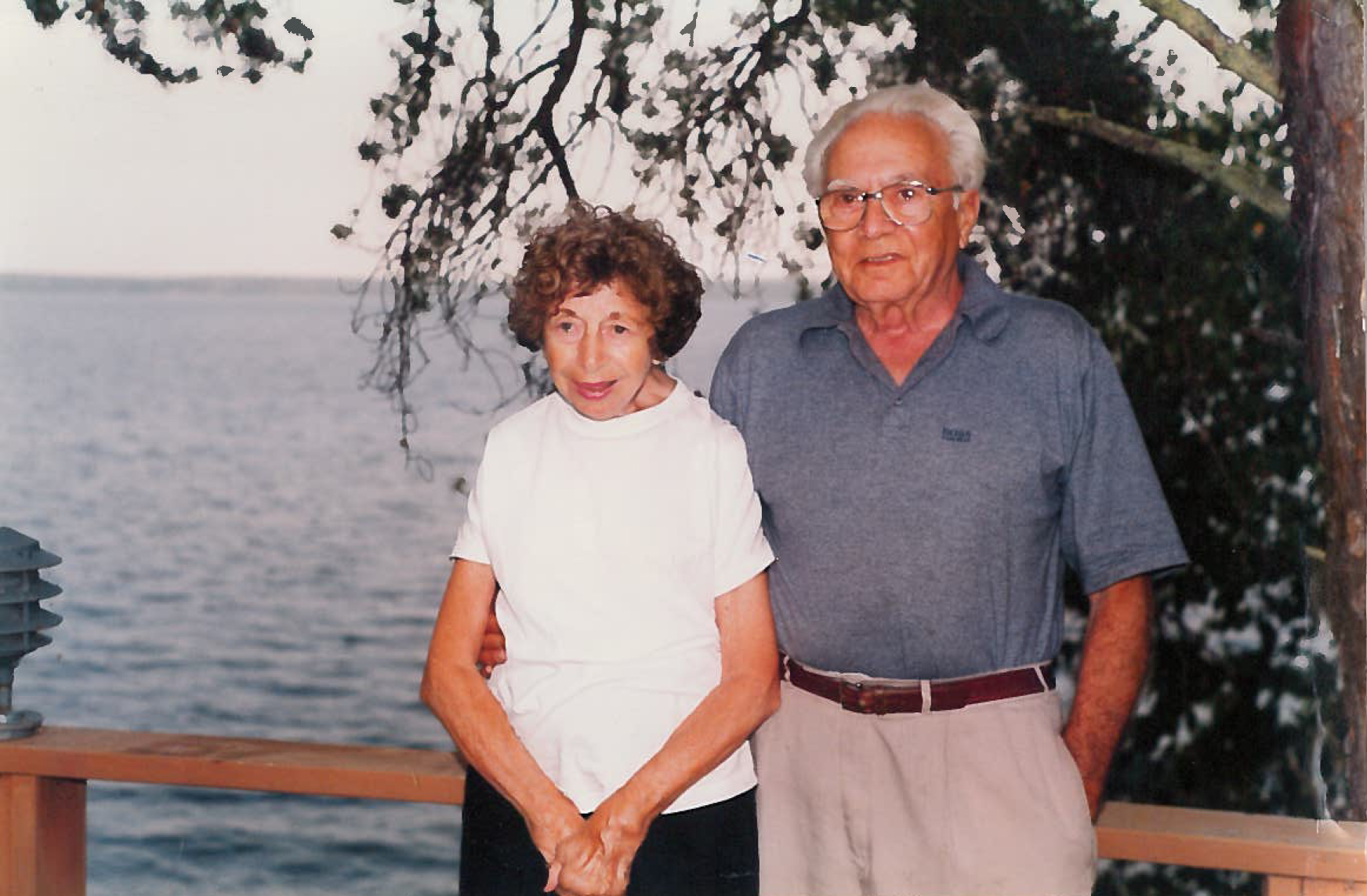 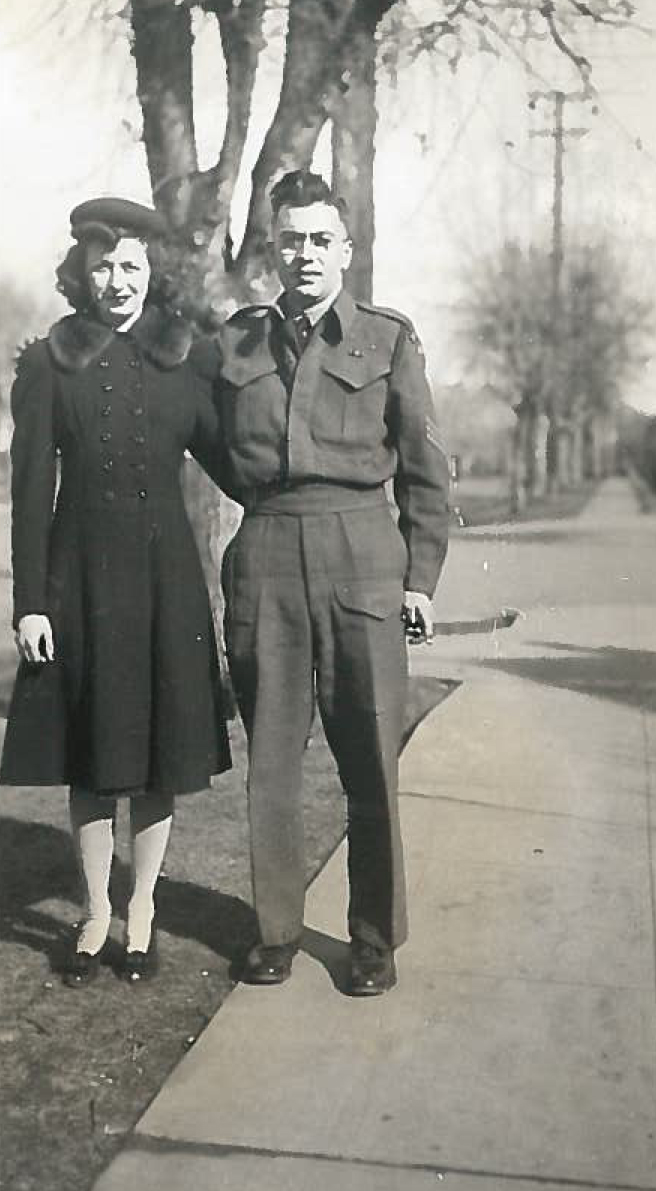 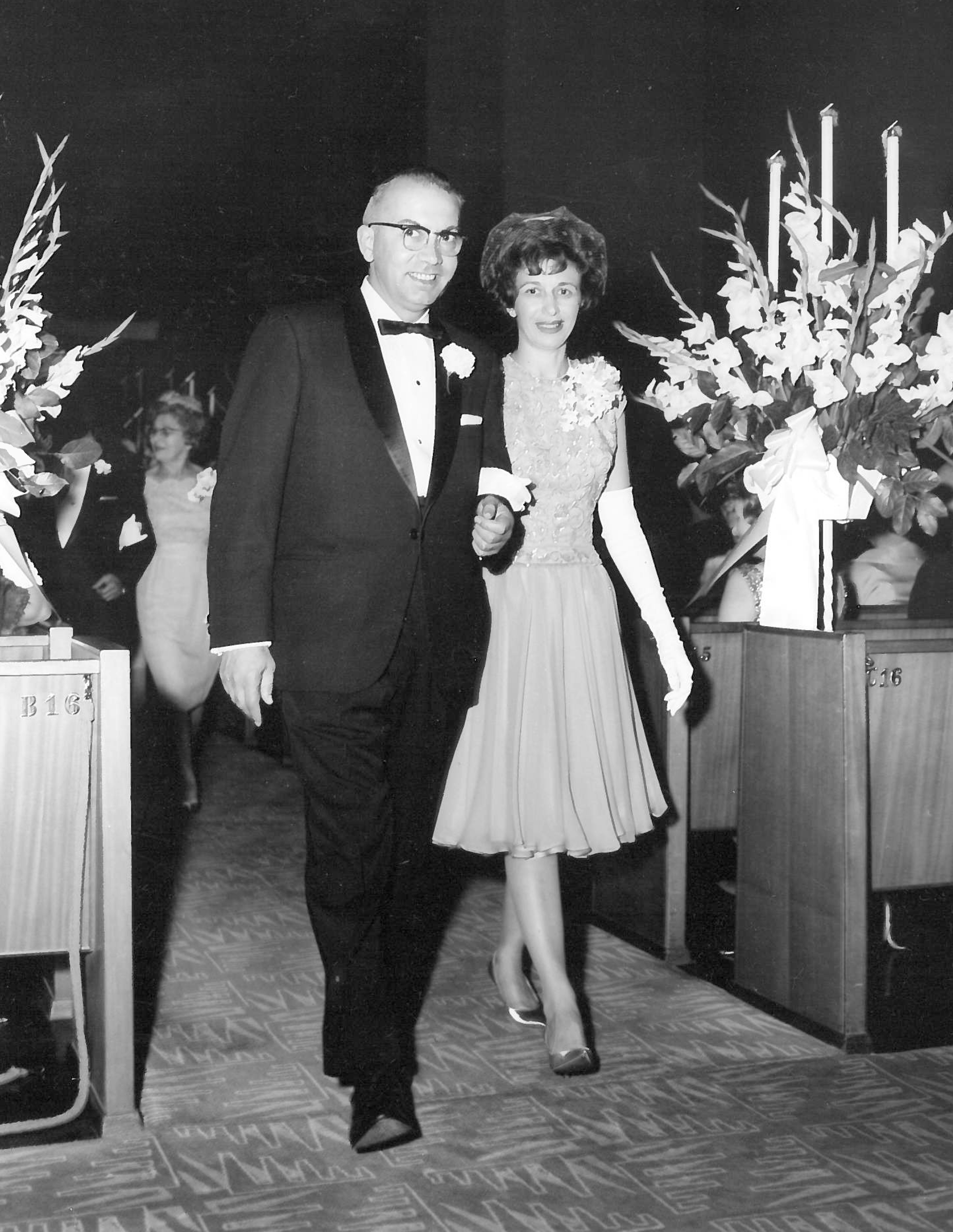 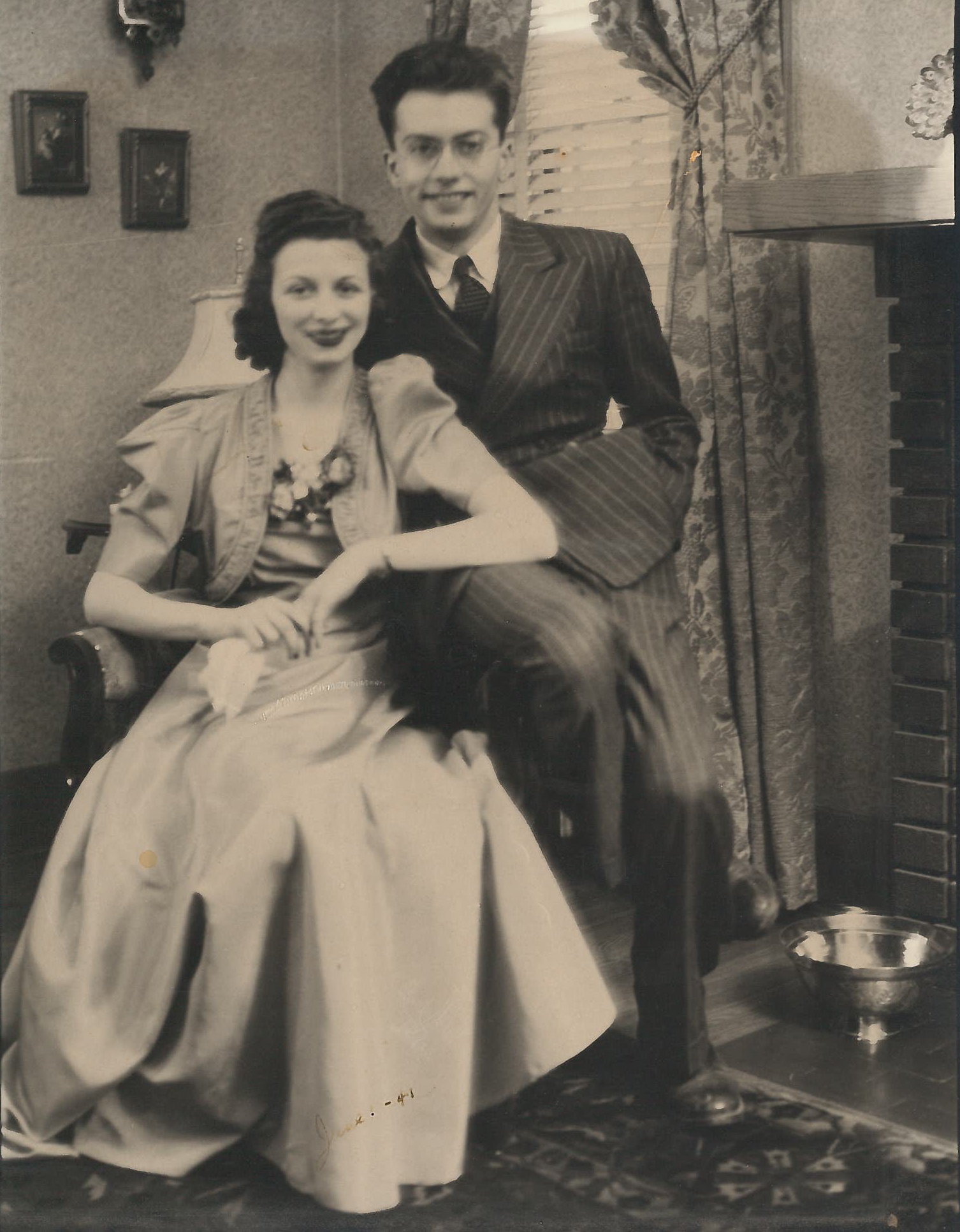 This is the story of my parents, Evelyn and Max Berinstein, beginning with the story of their parents and grandparents.

My mother's grandmother, Caroline Israelovitch (Israels), was born in Romania in 1872. At the age of 28, in the year 1900, Caroline came to Canada. The ship's manifest shows her leaving from Liverpool with her husband Lupo Abramovitch (Abrams), their daughter Sarah, age two (my grandmother), and their two sons, Max and Samuel. They came through Montreal to Winnipeg to start a new life, finding work in a grocery store in Winnipeg's North End.

My mother's grandfather, Nathan Travis, his wife Rickela (after whom I'm named), and their son Max, came to Canada from Kherson (near Odessa), Russia, in 1914. Max and Sarah were married in 1920 in Winnipeg, where Max became a tailor, working for the Hudson's Bay Company for over 50 years. They had three daughters: my mother Evelyn Travis (Berinstein); Veta Travis (Monson); and Thelma Travis.

My father's father, Joshua Berinstein, was born in Zhytomyr, Russia, where he lived until the age of 23, when he came to Canada in 1908. My father's mother, Sarah Levitt, was also born in Russia, in the province of Kovna. She came to Canada in 1910 at the age of 21. My grandfather enrolled in the Faculty of Pharmacy at the University of Manitoba soon after his arrival in Winnipeg and graduated in 1918. He was very entrepreneurial, and established several drug stores throughout Winnipeg.

Evelyn Travis was born in 1921, and grew up in Winnipeg's North End where she lived with her parents and her paternal grandfather. She went to Strathcona School and, after graduation, worked as a stenographer for a short period of time. Max was born in 1918 and also grew up in Winnipeg's North End. He followed in his father's footsteps, and graduated from the Faculty of Pharmacy at the University of Manitoba in 1939. Evelyn (Evy) and Max were married in 1941.

I was born in 1942, the first of three children. My brothers Edward and Neil were born in 1947 and 1954, respectively. Shortly after my birth my father joined the Canadian Armed Forces as a pharmacist and worked on ships that carried soldiers across the Atlantic. He served in the army from 1942 to 1945 and was awarded several medals, including the Canadian Volunteer Service Medal, the Atlantic Star, and the War Medal 1939-1945. During this period of time my mother travelled with me from coast to coast, from Halifax to Nanaimo, to meet my father when he reached shore for short periods of leave. After leaving the Armed Forces, Max joined his father as a pharmacist in the drugstore at Selkirk Avenue and McGregor Street, Manitoba Drugs, which became iconic in Winnipeg's North End. Ultimately, all the other drugstores were sold except for this one at 587 Selkirk Avenue. My brothers and I grew up working at Manitoba Drugs, where my father continued to work until his retirement at age 65.

While my father was at work, my mother looked after our home and, with my fa-ther's help, they raised their three children. Evy had been raised in a very religious home. Her father and grandfather were Kohanim who attended synagogue almost every day of their lives. Evy brought this faith and devotion to G-d and Judaism into our family home. She kept a kosher home, observed the Sabbath, lit the candles every Friday night, and observed all the Jewish holidays. It was our mother who instilled in us a faith in G-d and an awareness of our Jewish roots and culture.

She also maintained a beautiful home. She was a fabulous cook, had countless recipes, and loved hosting dinner parties for all family celebrations. Early in their marriage, Evy and Max bought a cottage at Winnipeg Beach, where my brothers and I spent all of our summers. Evy and Max's commitment to the well-being and happiness of their children was paramount. They were always thinking of us, working for us, and providing us with a nurturing and loving environment. Both Evy and Max loved classical music and enjoyed the symphony. They were also avid bridge players, enjoying both duplicate and social bridge. Evy loved her afternoon bridge games with her friends, always preparing delicious lunches for them. Max was a voracious reader, and could rarely be found without a book in his hand. He was also an enthusiastic swimmer. After his retirement, his days were filled with reading, managing the apartment block which he had purchased early in his career, and caring for his sister Faye, who suffered a lifelong illness. In these later years, Evy and Max spent some time wintering in Florida.

Evy and Max both valued education and academic achievement, which left a deep impression on my brothers and me. Although our parents did not always articulate these values, they were nevertheless transmitted, perhaps through their DNA. Mom and Dad were never more happy and proud than when each of their children graduated from university; me, from the Faculties of Arts and Education; Edward from the Faculties of Arts and Medicine (certified in family medicine); and Neil from the Faculty of Medicine (certified in internal medicine and medical oncology). My father, in particular, was very proud that we were the third generation of Berinsteins to graduate from the University of Manitoba.

Their greatest happiness, without a doubt, came with the birth of their grandchil-dren. First, there were my husband Martin's and my three daughters: Jacqueline, Karyn, and Lisa (the fourth generation to graduate from the University of Manito-ba); Eddie and his wife Mariette's three daughters: Stephanie, Nicol, and Rachel; and Neil and his wife Corinne's four sons: Jeffrey, Elliot, Andrew, and Zachary, all university graduates. Evy and Max communicated regularly with each of their grandchildren, were actively involved with them, and frequently visited Edward's family on the Sunshine Coast and Neil's family in Toronto. Our parents lived to witness the birth of the first two of their great-grandchildren, Jacqueline's twins, Ethan and Talia Hrabinsky.

Unfortunately, in the latter years of her life, Evy suffered a chronic, debilitating illness. She showed great courage and indomitable spirit during this time while Max selflessly and with loving patience cared for her. Max died in February 2004, only six weeks after Evelyn's death in January of the same year. Both Evy and Max, through their Jewish faith and devotion, commitment to family, profound belief in education and learning, and kindness and caring, were an inspiration to us all.