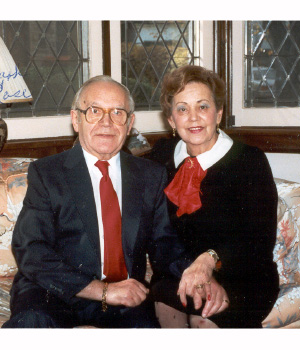 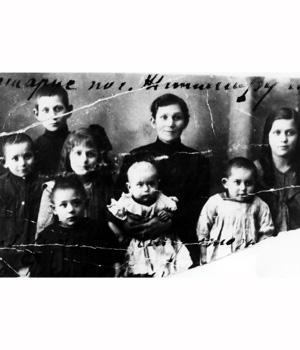 Passport pictures of Rachel Olin coming to Winnipeg from Russia 1924, part of her family. 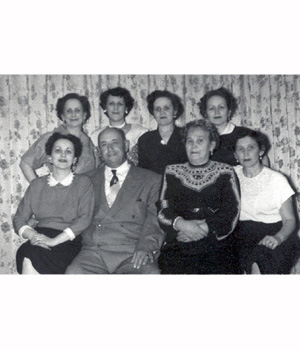 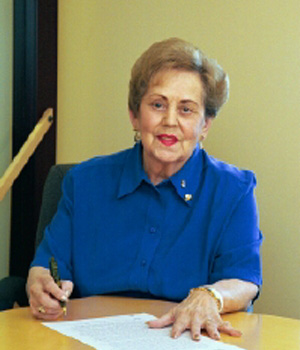 Rose (Olin) Desser was the eighth child of Joseph and Rachel, business people in the newly created communist state of Russia. Invading his home and demanding that room be set aside for Bolshevik soldiers and then having a knife held to his throat by these same soldiers demanding money, was not a way to live. Not wanting to raise his family under the tyranny of the Bolsheviks, Joseph left a prosperous but unsafe life in Russia and with a ticket in his hand from a Canadian cousin, he arrived in Winnipeg.

Joseph Olin then began the process of repaying his cousin and accumulating enough dollars to send for his wife and at that time nine children. Joseph's strong willed mother did not want all of her grandchildren to leave Russia at the same time, so the Olin's arrived in Winnipeg with only six of their children. The first Olin home was a rental on College Avenue. The children went off to Machray School, Mr. Olin went back to work while Mrs. Olin spent all day in the house cooking and cleaning. Eventually the family was able to purchase a grocery store with living quarters in the back so that in addition to caring for now ten children Mrs. Olin could then run the store while Mr. Olin worked elsewhere. After supper Joseph Olin would work in the grocery store until midnight. As time went on the Olin's were able to move to Burrows Avenue and purchased the Riverbend Grocery, which still operates on the corner of Westminster and Langside.

Eventually the family was in a financial position to purchase a flourmill in Neepawa, Manitoba and Joseph Olin began the weekly commute between the two locations. Continuing in the tradition of working long hours to make a living, Joseph Olin never let misfortune dampen his spirit. One Yom Kippur, fire struck the mill and with no insurance available for a mill, that chapter of his life in Neepawa ended. Returning to Winnipeg, Rose's father purchased a grocery store on William Avenue with living quarters in the back although by now there were only the two youngest boys unmarried, one being in the Army and the other in the Air Force.

1941 was the year that Mark Desser married Rose Olin and they began fifty-nine years together. Mark and Rose had a wide variety of work experiences both separately as well as together. Mark spent eighteen years working at A.Margulius Merchandise while Rose worked for a dress store and then the Herzlia. Eventually they worked together in the grocery business. Mark and Rose have two children, Gail who lives in Victoria and Leslie who lives in Toronto. When reflecting upon her life, Rose remembers fondly how she worked with Mark in the grocery store and spent her spare time knitting, crocheting, needlepoint, petit point and sewing. When not creating something, Rose enjoyed playing poker and Mah Jong. Their greatest shared enjoyment was spending time with the children and grandchildren. Rose speaks of how Mark enjoyed playing chess as well as being able to be part of the Winnipeg Jewish choir scene, from Mr. Brownstone to the Rosh Pina.

As an adult Rose, was an active member of B'nai Brith, Winnipeg ORT, Hadassah and the National Council, all organizations that contribute to the vitality of our community. Rose wishes that when this story is read, people will recall her parents, husband, children and herself as people who always tried to do the right thing.