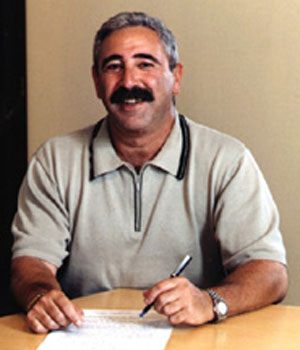 I was born in Winnipeg in April, 1950 and grew up on McAdam Avenue. I attended the nearby Talmud Torah School, and then St. John's High and the University of Manitoba. I graduated from the university with a Bachelor of Science degree and followed that up with a Bachelor of Commerce Honours degree. I then studied to be a chartered accountant, and have worked in that profession ever since. Most recently, I became a partner with Arthur Andersen.

I have many fond memories of growing up Jewish in Winnipeg. As a child I was active at the YMHA in both the Juvenile A and Juvenile B boys' clubs, and as a teenager I was a member of the Eskimos chapter of BBYO. The BBYO winter conventions were exciting, especially winning Best Chapter four years in a row. I also enjoyed the Monday night sock hops at the downtown YMHA. Being a member of the Chai Folk Ensemble for ten years, from 1969 until 1979, was also an experience that left me with many cherished memories and friendships. It was an honour to have my photograph on the front cover of many of the group's programs and advertising posters.

Over the years I have served both the Jewish and secular communities in a volunteer capacity. I have acted as treasurer for McDonald Youth Services and for the Winnipeg Jewish Theatre, and have served on the Board of Directors of the Chai Folk Ensemble.

I enjoy a very close relationship with my sister and brother-in-law, Lynn and Henry Wolfe, and their children Pamela and Brent. I could not ask for better family members. My relatives and friends are very special to me.

Both my parents immigrated to Canada from their homes in Russia. In Winnipeg my father Max worked as a furrier, while my mother, Eve (Okopnick) worked in sales. They are the ones who passed down to me the philosophy of life that I still hold dear. "Treat people the way you want to be treated," they often instructed me, and that is what I have always tried to do.

My hope for the future of the Winnipeg Jewish community is that it continues to thrive and offer opportunities for all of its members for many years to come.