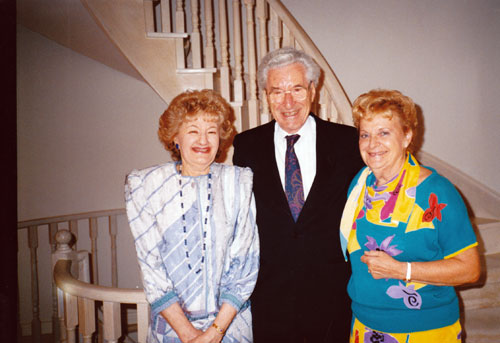 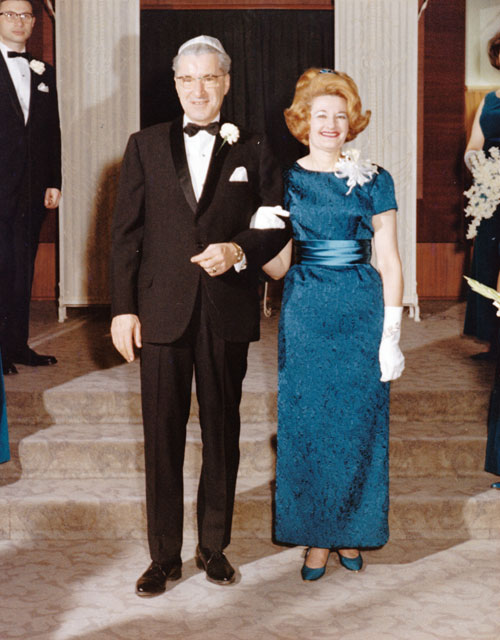 Ada & Morris at marriage of daughter Ronna to Roy Birnboim 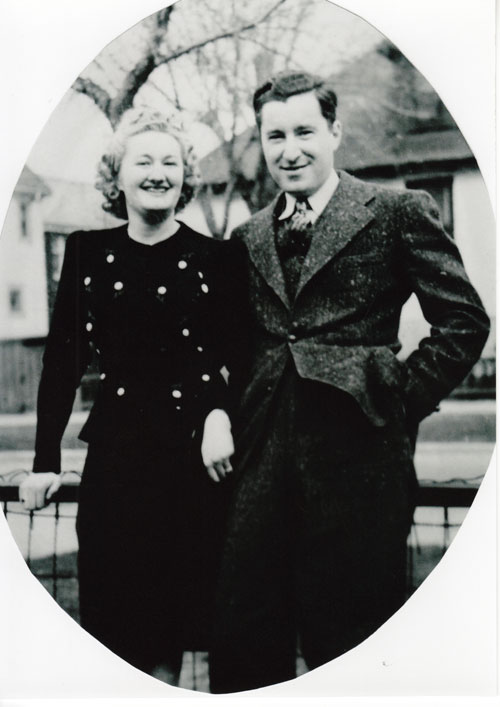 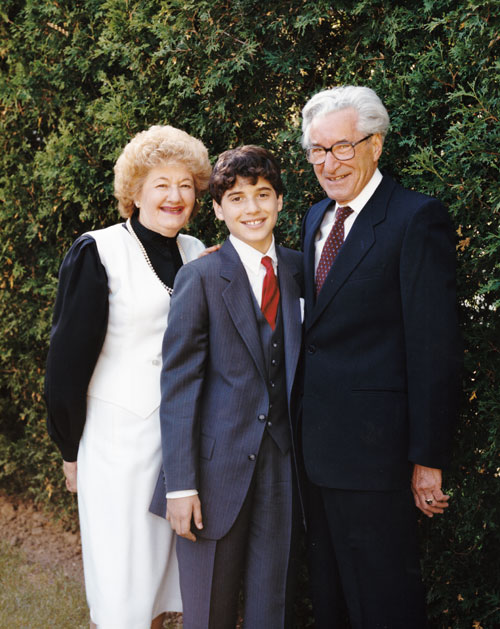 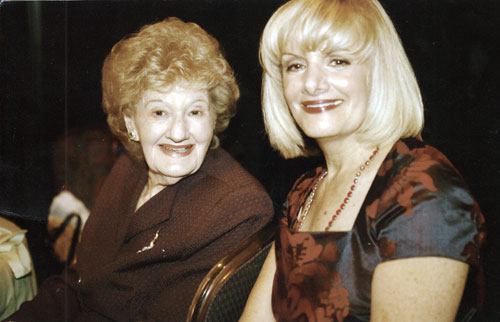 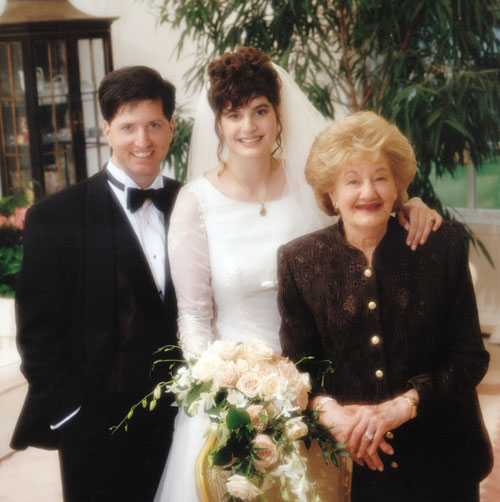 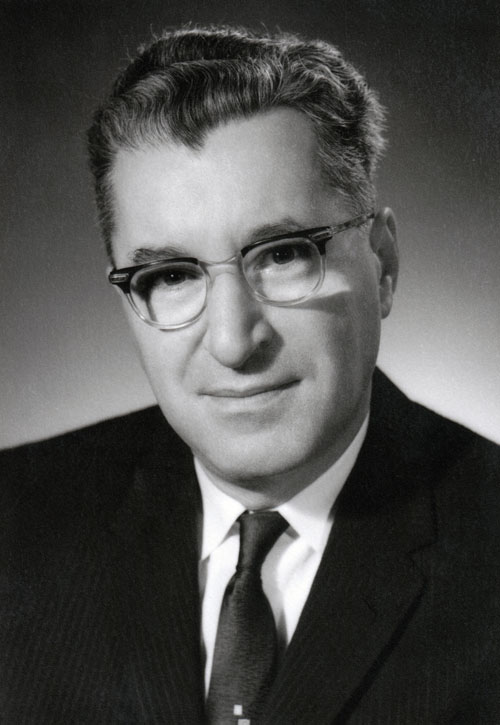 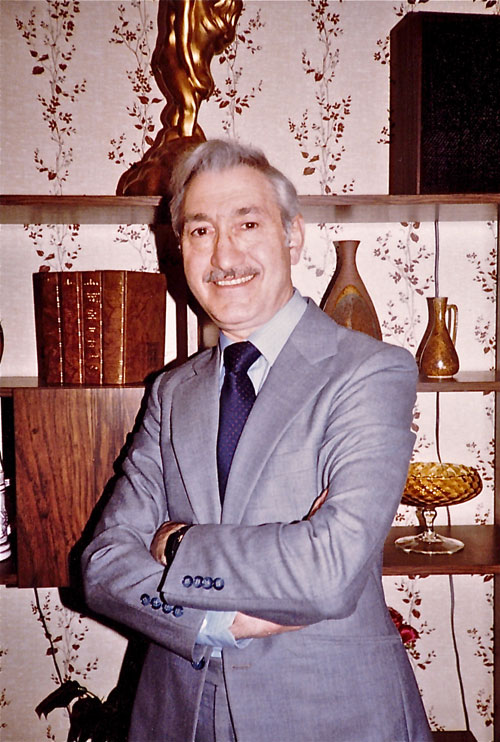 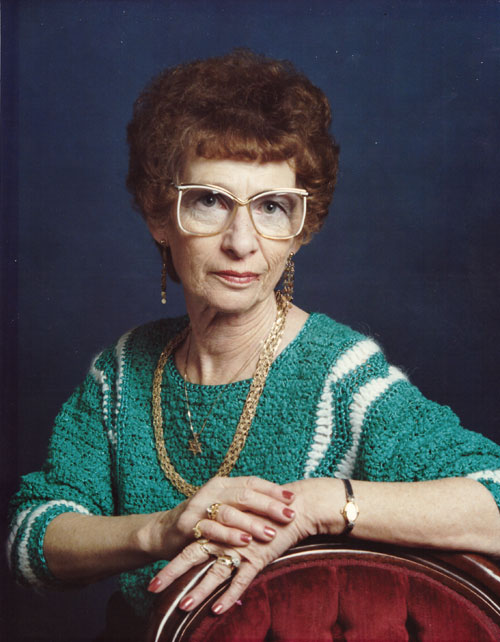 The headstones of the late Ada and Morris Silverberg speak volumes about them as people. Ada's stone is inscribed with a quote from Henry Wadsworth Longfellow: "In the heart and in the mind are found the most precious keepsakes." Morris's stone reads: "Even long lives end too soon, but a good name endures forever." Ada and Morris were loving and elegant; wonderful parents to Ronna (Birnboim); and doting grandparents.

Ada Silverberg (née Nagler) was born in Winnipeg in 1916 — in the family home on Walker Avenue — but spent most of her youth in Saskatchewan, mainly Melville. Her parents were Samuel and Esther Nagler (née Seneminsky, later Slonim). They met and married in Winnipeg then moved to Melville where they ran a store — S. Nagler and Sons — and frequently hosted Jews from small Saskatchewan towns. Samuel came from Austria; Esther from Ukraine. Ada's siblings were Anne (Shulman), Solomon, and Abraham.

Morris Silverberg was born in 1912 in Wolyn, Poland, to Aaron and Rachel Silverberg (née Zirulnuk). His siblings were Betty, Abraham, Jack, and Marion. The family came to Winnipeg in about 1917. He grew up on Aberdeen and attended Talmud Torah and St. John's High School.

Ada spoke of a good childhood in Saskatchewan. She studied violin and loved to dance, and she helped out in the family's store. Her father was quite devout; he prayed daily and in fact when he died, he was wearing his tfillin. After high school, Ada and her sister moved to Winnipeg to live with their cousins and to meet boys. Ada had dreamed of being a nurse, but her father said no. Instead, she took courses in hair and make-up. She was very artistic and creative; at a different time she might have pursued a career in fashion or interior design.

As a child, Morris developed a shining work ethic, helping out the family by working in a butcher shop from a very young age. He was an intelligent student who loved studying language and history. He dreamed of going to university, but there was only enough money to send one Silverberg child. He eventually earned his accounting designation by correspondence.

Ada and Morris married on May 28, 1939, having met a few years prior. Their first home was a North End side-by-side where they lived until they moved to Salter, Seven Oaks, Tuxedo, and ultimately Toronto in 1986. On Seven Oaks, they built an addition so that Ada's aging mother could stay with them. They were a stylish and cultured couple who loved to go dancing at nightclubs, and attend theatre and opera. They even travelled occasionally to see shows in New York.

As parents, they would do anything for Ronna. They encouraged her music by buying her a piano (although she ultimately preferred skating and dancing); they took her to New York and on family trips with cousins to Bemidji and Detroit Lakes; they instilled within her a profound attachment to her Jewish identity; and they opened their doors to Ronna's friends. The Silverberg home was a coveted place for the girls to sleep over because Ronna's parents treated them so well. Ada made delicious pancakes for breakfast; and Morris would drive them wherever they wanted to go — even through snowstorms to write exams at the University of Manitoba.

Morris practised as an accountant for a while, but the bulk of his career was spent as a partner in Acme Chrome Furniture, a successful company that manufactured school, kitchen, and commercial furniture for customers throughout western Canada. He loved to read and was a history buff who loved books about Jewish and British history. He was a proud Zionist and served as a volunteer with the Midwest Zionist Congress. He served as president of Rosh Pina Synagogue, and along with his shul friends, gave generously in times of need. He was also a passionate fan of the Blue Bombers.</p>

Ada was a skilled cook and baker, remembered for her cheesecake with black cherry topping, and Pesach sponge cakes that were perfect and tall. She was a volunteer at Misericordia Hospital and was a member of the Rosh Pina Synagogue Sisterhood. She also loved listening to the Metropolitan Opera on CBC Radio and playing cards with friends.</p>

Together, Ada and Morris were funny and charming, fiercely proud of their Jewish roots. And they believed that all people should be treated equally regardless of their race, creed, or station in life. Above all, family was the most important thing to them. In 1986, they moved to Toronto to be closer to Ronna, her husband Roy, and their children: Debbie (Bergson) and Jason. They were proud and present as grandparents, loving every minute of their time with Debbie and Jason. Sadly they passed away before Jason married.

Debbie and her husband Steven have twin sons, Joel and Max. Ada passed away while they were infants.

Ada and Morris were also very health conscious. Ada always cooked healthy meals (except for the cheesecake, of course). At the age of 65, Morris took up exercise which improved the quality of his life until he passed away in 1995 at the age of 83. Ada had a heart attack in her late 80s, but did whatever she needed to do to recover. She died in 2011 at the age of 95, still sharp as a tack.</p>

Ada and Morris would have been honoured to be included in the Jewish Foundation of Manitoba's Endowment Book of Life. They were grateful for their lives in Winnipeg and always happy to express their connection to Jewish community life through their deeds. This story is their daughter Ronna's loving tribute.