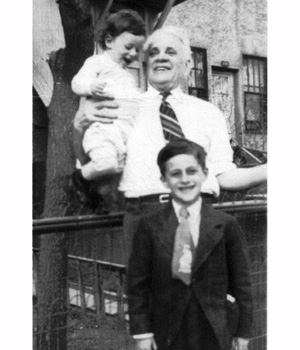 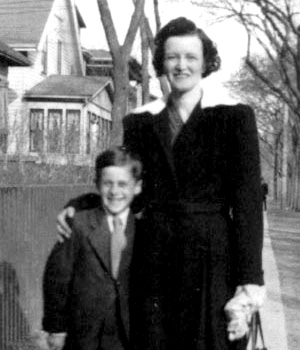 I shall forever be grateful to the YMHA for helping me to establish my Jewish identity, although I shall never forget that shortly after my Bar Mitzvah my father had to literally drag me to 91 Albert Street. It turned out to be one of the more positive happenings of my youth.

In that area of Winnipeg where I spent my early childhood, my closest friends were kids named Taras and Peter. Although my mother preferred I spend Saturday morning at the Talmud Torah, I was more eager to join these friends at the matinee at the Regent theatre. While I knew there were differences between us, namely that they ate meat and drank milk at the same meal, while for some reason I would not, I was not about to let these differences come between us in our relationship.

Not that I wasn't given every opportunity to understand and practise the faith into which I was born. My paternal Zaida, Abraham Meyerowitz, who was to live to the age of 104, was a founder of the Hebrew Sick. My mother, nee Charlotte Greenstone was to make her mark as the President of the Ladies Auxiliary of the General Monash and B'nai Brith. It's just that I thought there to be better things in life than trying to tell Mr. Klein my name in Hebrew in the short period of time I spent at Talmud Torah, or sitting quietly on a bench at the Knesseth Yisroel Synagogue on a warm September afternoon when Rosh Hashonah came about.

All that changed in September 1946 when my father, at the doorstep of the YMHA, told me that I was now on my own. It was Ronnie and not Daniel who was going into the lion's den. But this turned out to be something different. I knew from the warm greeting given me by the late Sam Sheps that my life would be forever changed. It was goodbye Taras and Peter and hello YMHA Review, the stage of the third floor auditorium, the gym and the discovery of my roots.

The next six years would be spent celebrating my Jewishness. I couldn't get enough of what the YMHA had to offer. Friendships formed would last me until today. I lived for singing, speaking, writing and basketball. If it were possible I would have lived there twenty-four hours a day.

University years came and went and I would occasionally attend the new YMHA at Hargrave Street. On one Sunday night visit I met Tzivie Rosenbaum, who a few months later would become my wife and partner, and the new major influence in my identity with Winnipeg's Jewish community. Together we would raise three children Jeffrey, Brian and Adrienne — the latter two spending part of their lives respectively studying at the Hebrew University and volunteering in the Israeli army.

Over the years, I utilized whatever organizational abilities I gained from my YMHA grounding outside the Jewish community proper, including my being one of the founders of Legal Aid Manitoba, and as a Judge helping to launch a specialized Domestic Violence Court. I have also managed to serve on numerous boards including Rainbow Stage and the Red River Exhibition.

However, two of my most cherished undertakings were that of playing a major role in the 1980 YMHA Teen Canteen Reunion and having served eleven years on the Executive and Board of the Winnipeg Jewish Theatre.

That I have accomplished more than I thought I ever could is in no small part due to the people at 91 Albert Street, whose love and friendship nurtured me at a most critical time in my life.