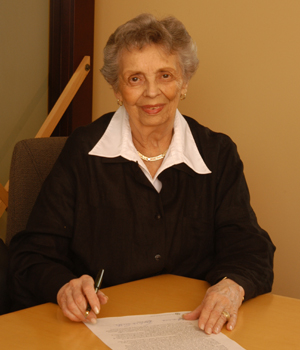 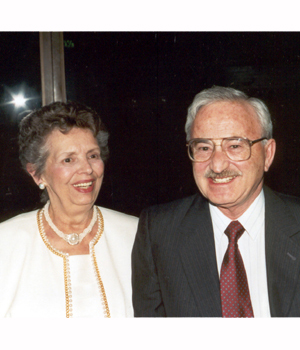 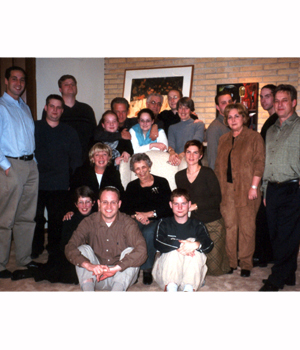 My father Levi Sommer, was absolutely adamant that he was going to marry my mother, Fanny (Binik). My mother, in turn, was adamant that once she was married, she would leave Poland to provide a better life for her family. In 1926, with two daughters, my sister Norma and me, my parents left the farming town of Buk. My mother and father dreamed of immigrating to Palestine, but my mother was the only one who could get a coveted visa. Instead, we ended up to start life as farmers. In Winnipeg, we were met by a warm Jewish community, who had made arrangements for our new life, but my parents were not destined to be farmers.

My father, a warm, caring and gregarious man did his best to support his family during the early years, but after two years we had spent much of our savings. Eventually, he invested one hundred dollars and was taught upholstery, which became the family business, ultimately employing my brother Alex and husband Joe.

As a youngster I lived in a traditional home, we spoke Yiddish and attended the Talmud Torah night school in the evenings and the synagogue on the weekends. My parents were ardent Zionists so I was naturally involved in Young Judea. These positive experiences and some hurtful encounters with anti-Semitism solidified my feelings toward Judaism and Israel.

After high school, with my mother's encouragement and my father's despair, I left for Montreal to experience more of the world. In Montreal, I met a group of young people who were active in Hashomer Hatzair, a Zionist Youth Group, and through them I met the man who would be my husband, Joseph Putter. Joe and I got married when we were twenty-one and began to build our life together in Montreal. He supported the family by working in furniture manufacturing and I stayed home to raise our children, Sharon (Shinewald), Judith, and our twins, David and Daniel.

While our life was unfolding in Montreal, my father's business was growing and he needed some help dealing with its demands. In 1951, we moved back to Winnipeg and Joe and my brother Alex helped the business expand and evolve. Through hard work and good fortune, we were able to provide our children with a quality of living that was probably far beyond that which my parents dreamed of when they left Poland years before.

In Winnipeg, we raised our children to be strong members of the Jewish community. All of our children went to Talmud Torah and Sharon was a member of the first graduating class of Joseph Wolinsky Collegiate. Through my involvement with Na'Amat and the Combined Jewish Appeal and Joe's involvement with the Board of Jewish Education and Camp Massad, we tried to stress the importance of Jewish life, community involvement and Tzedakah.

As I look forward, I am hopeful that Winnipeg will continue to offer opportunities to its Jewish youth, including my eleven grandchildren. I am optimistic that our community will continue to thrive and indeed that is why I have participated in this program — to help ensure the future of the Winnipeg Jewish Community.