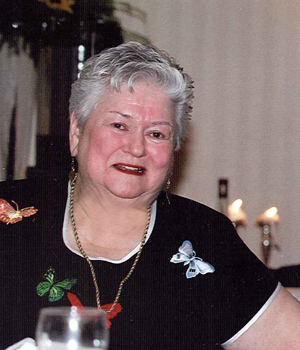 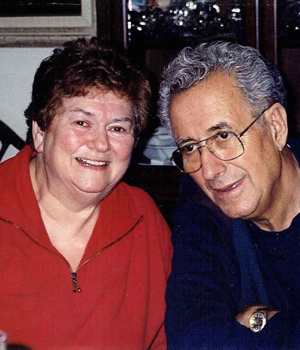 Rochelle and Aurel|Rochelle as a 5-year-old 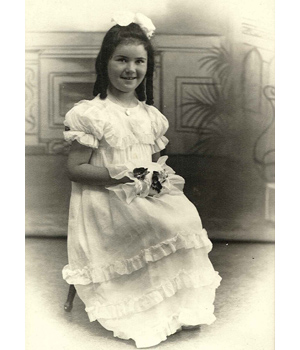 Rochelle as a graduate Lab Technician at Grace Hospital, 1960 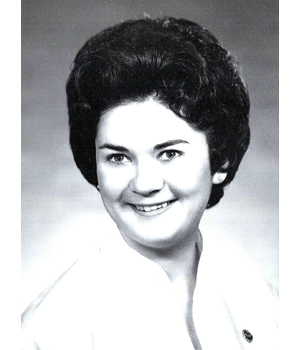 Rochelle, her children and grandchildren 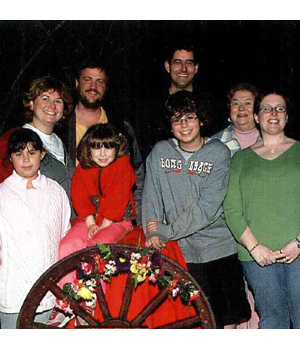 My grandparents, Minnie and Haim (Elias) Heft and Clara and Isaac Berkowitz, certainly changed the course of my family's history when they left the political instability in their respective countries, Russia and Romania, and came to Canada in the early 1900's. The Hefts settled in Montreal where he worked as a tailor and she ran the household and took care of their six sons. They remained in Montreal and became well known in the menswear business. The Berkowitz family arrived in New York from Romania in 1906 and operated a candy store in what is now the Catskill Mountains. After a few years, they moved to Bromhead, Saskatchewan where they operated a general store. Circa 1922, the family moved to Winnipeg where my grandfather owned and managed a factory.

My parents, Samuel and Min (Berkowitz) Heft, married in 1929. They had three daughters; my sisters Sybil Rubin (Minneapolis) and Connie Robinsonz"l and me. My mother owned and managed a millinery store. My father worked as a manufacturing agent and salesman in the retail business. Both of my parents were involved in the community and were particularly active with the Shaarey Zedek Synagogue. My mother was ahead of her time in women's issues. She was well known for being the very first woman to receive an aliyah at Shaarey Zedek in the 1970s after the synagogue went fully egalitarian. She was involved with Sisterhood, the Victorian Order of Nurses, National Council of Jewish Women, ORT, the Women's Canadian Club, the Council of Women of Manitoba as well as the National Council of Women. My father, a Kohen, was a kind man and well respected. He was active both with the synagogue and with B'nai Brith.

Growing up was a wonderful time for me, as I spent most of my time with friends, family and participating in various hobbies and organizations. I particularly enjoyed knitting, reading and playing piano. I also loved Brownies and Girl Guides. I attended Queenston School, Robert H. Smith School, River Heights School, Kelvin High School and finally United College. I made some life-long friends during my educational years. My favorite memories include playing with neighborhood children, spending time with my family and going to the beach throughout the summer season.

In 1970 I married Aurel Pincovich and we had two children; Miriam who lives in Ottawa and Leon who lives in Winnipeg. I am also a proud grandmother of three; Samuel, Madeleine and Isabelle. I love my children and grandchildren and am blessed with their love and support in return. I was deeply saddened by the passing of my husband in 2003, and he is terribly missed.

I worked as a lab technician for 15 years at the Mall Medical Clinic. I later joined my husband and helped him run our fabric business and then our five womens' retail clothing stores. While I was working full-time, I began to volunteer with organizations that were important to me and continue to volunteer today. I sat on various committees including the Board of the Shaarey Zedek Sisterhood, Meals on Wheels, National Council of Jewish Women, Jewish Women's International, and the Women's Canadian Club. I thoroughly enjoy these volunteer experiences and am happy to contribute to the community in this way. I also enjoy bowling, mahjong, travel, watching sports, and spending time with family and friends.

My upbringing played a major role in developing my Jewish identity as I attended synagogue regularly, had my Bat Mitzvah and observed Shabbat and the Jewish holidays. I read the Haftorah for the first time in 1954 at my Bat Mitzvah, again in 2000 when our family celebrated our 30th wedding anniversary and once more in 2004, at the first Sisterhood Shabbat. In 2007, I was the first woman to have an aliyah at the Winnipeg Beach Synagogue. I feel that it is vital to continue to be involved with the synagogue and passing this tradition on to future generations will help to ensure and carry on my family's legacy.

My wish for succeeding generations of my family is a love of community, health, happiness and success. I trust that the Jewish community will continue its peaceful, prosperous existence - L'dor Vador — from generation to generation.