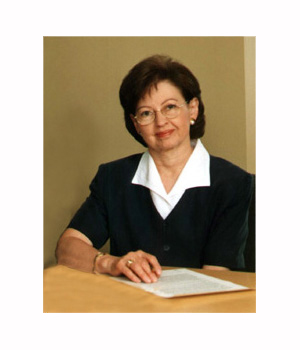 My paternal grandparents, Rivka and Jacob Slutchuk, emigrated from Russia at the turn of the century. They had five daughters and one son, Louis, who became my father. My maternal grandparents, Sarah (Hamovich) and Jack Weisman, emigrated from Romania and were married in Winnipeg in 1916. They had three children including my mother Fay. My parents married in 1939 and had two daughters. I was raised with my sister Nancy (Corey) in the north end of Winnipeg.

I cherish many memories of growing up Jewish including holiday celebrations with my extended family, attending the Knesseth Israel Synagogue and later the Ashkenazi Synagogue. I also have wonderful rich memories of my eight years attending the I.L. Peretz day school.

After high school I worked in a bank until our children were born. Larry and I were married in 1963 and have three children — Bradley, Jack (and wife Lori Mason), Renee (and husband Ari Zaionz living in Toronto) and one beautiful grandson, Noah Zaionz.

It is most important to me as well as to my husband Larry to keep a Jewish home for our family and to support Israel and our own close-knit and caring Jewish community as well as the general community.