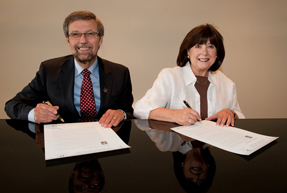 Robert Freedman signs his story for the Endowment Book of Life 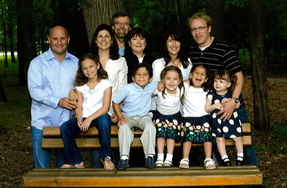 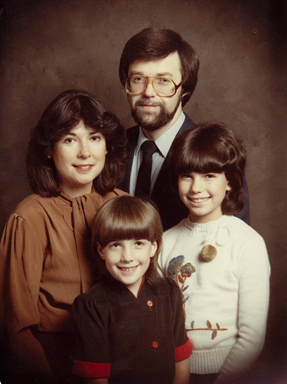 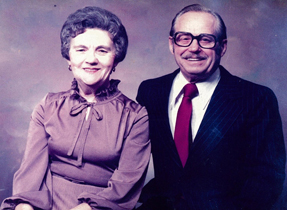 Participating in the Endowment Book of Life program is a fitting expression of my optimism for the future of our dynamic community. In 25 years as a professional leader in the Jewish community, I have seen times of challenge, and I have witnessed remarkable accomplishments. Today, we see a Jewish community that is growing, thriving, and innovating. I'm very proud of the accomplishments—we should all be proud.

My parents' families immigrated to Winnipeg from Eastern Europe in the 1920s. My father, Morris Freedman, came over at the age of 17. He and his dad worked and saved money for tickets to bring the rest of the family over (mother and siblings) from Russia. My mother, Ann Silver, came over from Ukraine in the 1920s as a young girl with her family (her mother and older sisters).

Ann met Morris later on and married in 1934. Morris worked for many years in the fruit and produce business and later as a salesman for a food distributor before becoming ill and passing away in 1988. Ann was the homemaker and a real "balabusta"—a fantastic cook and baker. Ann pre-deceased Morris in 1982.

They had two sons: Leonard, now living with his family in Santa Barbara, California, and me. We were raised in a traditional Jewish environment. I went to Peretz School for kindergarten. I went to Talmud Torah from grade one to six and graduated. I attended Isaac Newton for grades seven and eight. I remember times in the school yard when anti-Semitism reared its ugly head. We then bought and moved to a house on McAdam and Parr and I attended West Kildonan Collegiate from where I graduated high school.

I was a member of the Eskimos, a youth club at the YMHA.

My most important Jewish connection was Shirley Bober, whom I met in 1968 while I was studying to be an accountant. We married a year later at Shaarey Zedek Synagogue.

We have two daughters: Pamela, who was born in 1971, and Susan, who was born in 1974. After our marriage, I was invited to become a member of the West Kildonan Maple Leaf Lodge of B'nai Brith. It was not too long before I was elected to the executive and eventually became President of the lodge. A few years down the road, I became the President of the Central Canadian Council of B'nai Brith.

I began work with Legal Aid Manitoba as Director of Administration and eventually became the Executive Director of Legal Aid.

When my daughters were at Ramah Hebrew School, I became very interested in maintaining and improving the quality of Jewish education, so I became involved with the school. This led to my election to the Board of the Winnipeg Jewish Community Council (WJCC). I became the first President of the newly-formed Winnipeg Board of Jewish Education.

I was on the Board of the WJCC as Vice-President and just before I could assume the presidency, I was approached to become the Executive Director of the WJCC (now known as the Jewish Federation of Winnipeg). I agreed to take the position if the lay leadership agreed to a growth model for the community; to accept the challenge of moving the community forward. They agreed, and board, volunteers, and staff worked together to build the Asper Jewish Community Campus; help advance our institutions to meet the evolving needs of their constituents; welcome new waves of Jewish immigration; and promote a new sense of vitality here.

I am proud of what I have done as a member of the Jewish community and as Chief Executive Officer of the Jewish Federation of Winnipeg. But what fills me up with even greater pride is my family.

Shirley and I are extremely proud of Pam and Susie and their families. Pam is a physiotherapist who owns several clinics and lives in Boca Raton, Florida, with her husband, Winnipegger Jacob Cohen. He is a senior lawyer with the Public Defender's Office in Fort Lauderdale. They have three children: Eliana, Zachary, and Gabriella. Susie lives in Winnipeg and co-owns Sweet Pedtooties, a company that designs and sells modern upscale mukluks. She is married to Jason Tapper who is a pediatric physician at the Manitoba Clinic. They have two daughters, Madeline and Emily. They are all committed members of their communities, eager to achieve success for the organizations that inspire them.

For Shirley, our kids, their families, and me, Jewish literacy and Jewish values are essential elements of life. We are all deeply passionate about Israel and tzedakah. I am proud to be part of a community that truly exemplifies the sage principle: "kol Yisrael arevim zeh la-zeh"—that all Jews are responsible for one another. The Endowment Book of Life truly captures that spirit.