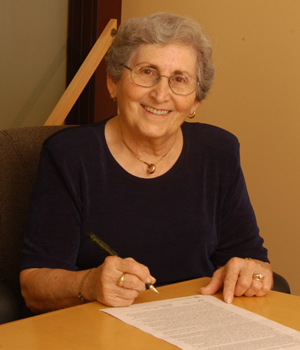 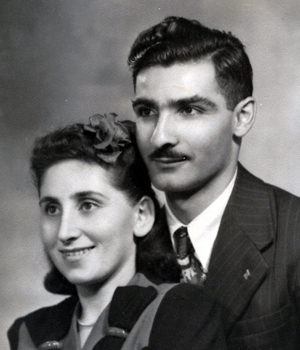 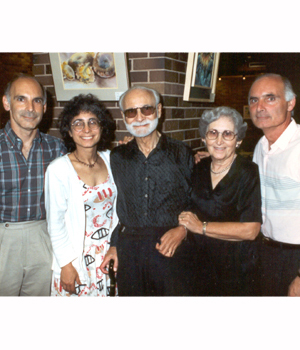 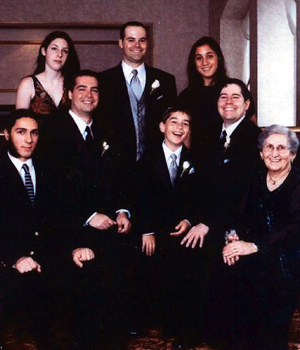 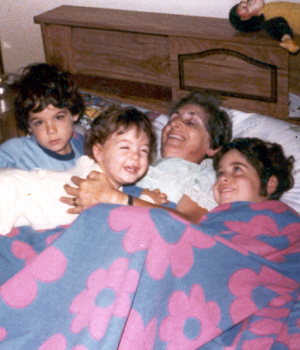 "Play with your grandchildren — really play with them, not just a hug and a kiss — because that's what makes them close to you ... and take every day as it comes and try not to dwell on your problems or your disappointments because then you'll be sad."

Wisdom from Rivka Selchen who practises what she preaches. Wordsworth would have called her "a perfect woman, nobly planned, to warn, to comfort, and command", a livewire who fills the room with her rollicking laughter, who serves up advice and bean salad, spoon-for-spoon, whose life is a testament to endurance and forbearance and connections.

Born in Winnipeg to Russian immigrants Abraham Israel (A.I.) and Fruma Boroditsky on August 10,1924, she was cosseted by six older siblings. For her, life was sweet on Aikens Street. Then one day in 1932, A.I., an ardent Zionist, an observant Jew, and co-owner of Bell Bottling, the family business, astonished his wife and children when he announced that they would be making aliyah to Palestine. A.I., Fruma, Rivka, and her sister Aliza sailed to a new life in Tel Aviv, where they were joined a year later by four of their siblings. For most of the next eight years, they lived in a three-room apartment. Rivka and three sisters slept in the living room and sometimes shared it with visiting Winnipeggers.

World War II brought an end to their life in Palestine. In 1939, Rivka's parents had travelled to North America for a temporary stay, but the outbreak of war prevented them from returning to Palestine. Fruma, desperate to be reunited with her children, sent for them. And so in 1940 began an exotic and sometimes trying voyage back to Winnipeg via Iraq, India, Singapore, Shanghai, Japan, and then across the Pacific Ocean to western Canada.

Sixteen-year-old Rivka seamlessly slipped back into the world she had left as a child: now she attended St. John's High School, actively participated in Habonim, where she met some of the people who remain her dearest friends, and began her lifelong romance with Zalman Selchen. Zalman, a warm, witty intellectual, was achingly shy, Rivka, a ball of fire who feasted on music, dance and friendship, was exuberant — together they were a handsome and dynamic duo. She says, "Don't dismiss someone because you're very different in personalities — just keep talking with them and make the other person a part of your life." Zalman was a product of Jewish secular humanists/Yiddishists, Rivka was a product of a Zionist orthodox father and a traditionalist/socialist-leaning mother. Together they were a couple with an abiding love of Yiddish (Rivka's mother tongue), Judaism, and the Winnipeg Jewish community.

Rivka studied Home Economics at the University of Manitoba for two years, and then married Zalman on May 19, 1946. Just prior to their wedding, her mother Fruma suffered a debilitating stroke and until her death the following April, was lovingly nursed by Rivka, Fruma died six weeks after the birth of Moshe, Rivka's and Zalman's first-born. All three of their children (Moshe of Winnipeg, Daniel of Toronto, and Frumie of New Hampshire) were born within five years, and all of them have birthdays during the third week of February.

With three young children attending the I.L.Peretz Folk School (where she had taught a kindergarten class, 1945-46), Rivka channelled her energies into various activities in support of the school, including lending her vocal talents to their theatrical productions. She joined Pioneer Women (Na'amat) and is now a Life Member. She and Zalman participated in a weekly Tanach Study Circle. Throughout her life, she has brought comfort and care to family and friends, and she has been a regular visitor to the Sharon Senior Citizens Home.

Zalman had earned a chemical engineering degree at McGill University and a M.Sc. in Food Sciences from the University of Manitoba. After the family returned from a year in Israel, and now in his late thirties, he decided to pursue a Master of Social Work degree. While some women with three growing children might have perceived this deviation as a flight of fancy, Rivka fully supported Zalman's career shift: "You want to be proud of your mate and you want him to be happy." He went on to have a distinguished career at the Child Guidance Clinic of Greater Winnipeg.

At age fifty-four, Zalman had a massive stroke. For the next twenty-one years, Rivka was by his side as his life support. She encouraged, insisted, cajoled, whatever it took to keep Zalman moving. For eighteen years they wintered in Florida so that he could walk out of doors, Rivka taught herself to swim and eventually could do seventy laps. Of that twenty-one year period, she says, "If you have a good marriage in the first place, then you have something to lean on. You have to believe that you can help and make a difference. I always felt Zalman loved me and that helped me — I didn't ever want to let him down." When Zalman died in January 2000, her world was ripped apart.

Along with lovingly assembled collections of Inuit carvings and prints and Yiddish, Hebrew and English books, pictures of Rivka's two granddaughters and five grandsons dot the bookshelves and tables and walls of her apartment. Whenever the family gathers in Winnipeg, her grandchildren crowd around her table, in the case of her Winnipeg grandsons, she has had more than a passing acquaintance with their upbringing. All the years of nurturing them have paid dividends — they are her good friends. So too is Sharon, mother of Rivka's three oldest grandchildren.

At almost eighty, Rivka shows few signs of slowing down. On her seventy-eighth birthday, with the wind at her back, she hopped on a motorcycle and took a ride through the streets of Winnipeg. She is an enthusiastic concert-goer — the symphony, ballet, live theatre — and she regularly plays bridge and attends movies. Her commitment to read the daily newspaper remains intact. As does her commitment to her extended family and friends in Israel and throughout North America — no one makes or receives more long distance calls than Rivka Selchen. She is a woman cherished by everyone who knows her: her children, their partners, grandchildren, siblings, and her many nieces, nephews, cousins, friends, and neighbours.