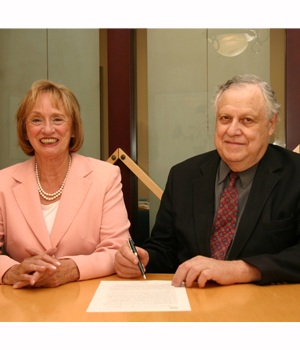 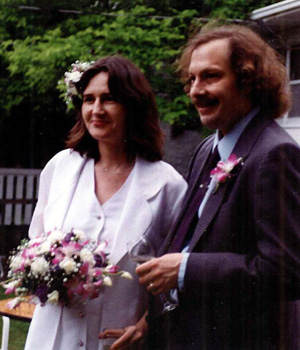 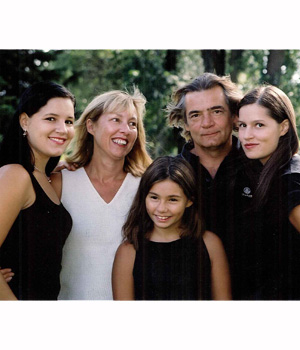 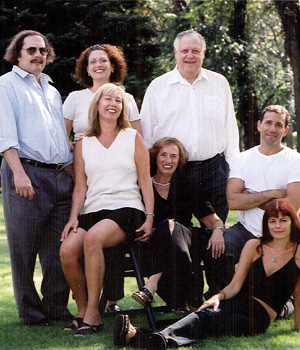 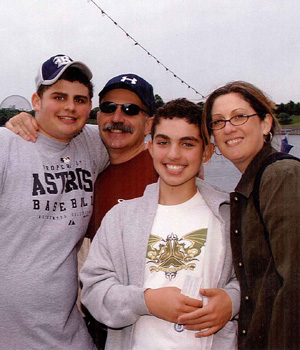 When listening to Rhoda and Zivey talk about their lives one cannot help but notice their intermittent laughing as if they have a private joke that they are not about to share. Recently celebrating their 53rd wedding anniversary Zivey and Rhoda decided to participate in the Endowment Book of Life as they want to leave a financial gift to the community and a message to their children; the message - to include family and community if they want to enjoy a complete life.

The family theme repeats itself constantly as they both speak about the importance of their Friday night family dinners. Parents and children must make time for each other if they are truly going to have a strong relationship; therefore in their family parents, children and grandchildren alike all gather and have Friday dinner together. Family time is not restricted to Fridays, however, and Rhoda smiles as she tells the story of how her granddaughter's running club would pick up Baba Rhoda every morning so that they could run together. In this manner the family ties grow stronger and wider as the definition of family expands.

Both Zivey and Rhoda were born in Winnipeg, Zivey to Shia and Becky (Gould) Feldman and Rhoda to Sam and Lily (Chisvin) Koven. After that the similarities of their early years disappear. Zivey's parents were extremely community minded and lived life to the fullest. Zivey tells the story of Shia, the tailor turned union leader, who after the Winnipeg Strike finds himself unemployable. After studying design in Chicago he returns to Winnipeg and opens Model Cloak (forerunner to National Cloak).

The Feldmans supported the community financially as well as through their participation. They financed the Jewish Oratorical Contest and funded a Yiddish Language Scholarship at the Hebrew University of Jerusalem. They were on the first mission to Israel and Shia was honoured by the Jewish National Fund in 1973. It was in this atmosphere that Zivey and his two sisters, Shirley and Estelle, grew up on College Avenue. Attending Peretz School until grade seven, followed by Machray and St. John's, Zivey remembers that athletic participation was the reason for going to school and academics was a side benefit. It was this level of involvement that permeated Zivey's youth. He was totally involved, especially at the YMHA where he coached sports teams and was club leader of the Orioles. Being very involved did not prevent Zivey from graduating university with a law degree. The irony is that this 'social worker in lawyer's clothing' went to work in the manufacturing business and has been there ever since.

Rhoda on the other hand was the only girl of four children. Her memories of her father, Sam, included the six years that he spent in the Royal Canadian Corps of Engineers (1939-1945), how hard he worked in the furniture business in Winnipeg and the years that he spent living in California after his children had grown. It was there that he and Lily spent nearly 20 years before illness struck and he came back to Winnipeg for the remainder of his life. Although Sam was the physically strong one he predeceased Lily who, at 98, is now living at the Sharon Home.

Rhoda is the only remaining child of four. Her three brothers, Gerald, Paul and Sorrell are all deceased. Rhoda's description is of three men who each excelled in their own field and all had special qualities. It was Rhoda, however, who was the most active one — no matter where or at what stage of her life, Rhoda was involved.

William Whyte School was where Rhoda's eagerness to be involved and her flair for writing were first noticed. She participated in swimming, baseball and especially journalism. She credits Mrs. Slusky with encouraging her writing talent. From school newspapers to yearbook editor, to University of Manitoba sports columnist, Rhoda parlayed her nervy personality into a part time then full time position with the Winnipeg Free Press. Her journalism was not limited to the print medium as she eventually became involved with CBC radio and television. Starting professionally as an obituary writer, during which she cried a lot, Rhoda moved to fashion editor, and then on to being a trends maven — enjoying a whirlwind career until she said "enough".

While Rhoda was breaking ground with women and media and Zivey was toiling in the ever changing clothing manufacturing world, they managed to raise five children: Brian, Lisa, Karen, Susan and Alan. Four of them live in Winnipeg and Rhoda and Zivey enjoy the company of six grandchildren.

One would think that their life was full enough, but not without finding some time to give back to their community. Rhoda was involved with her children's schools, the ballet and the Canadian Mental Health Association, while Zivey was president of the Y, Chair of B'nai Brith Camp, and most proud of his involvement in establishing 'friends housing', a facility that provides appropriate housing for individuals with mental health issues.

They have two pieces of advice for living a successful life: wish for health, the rest will fall into some order, and work to leave a positive mark in the world. Finally for parents, "whisper words of support in your children's ears—it'll do you and them a world of good."